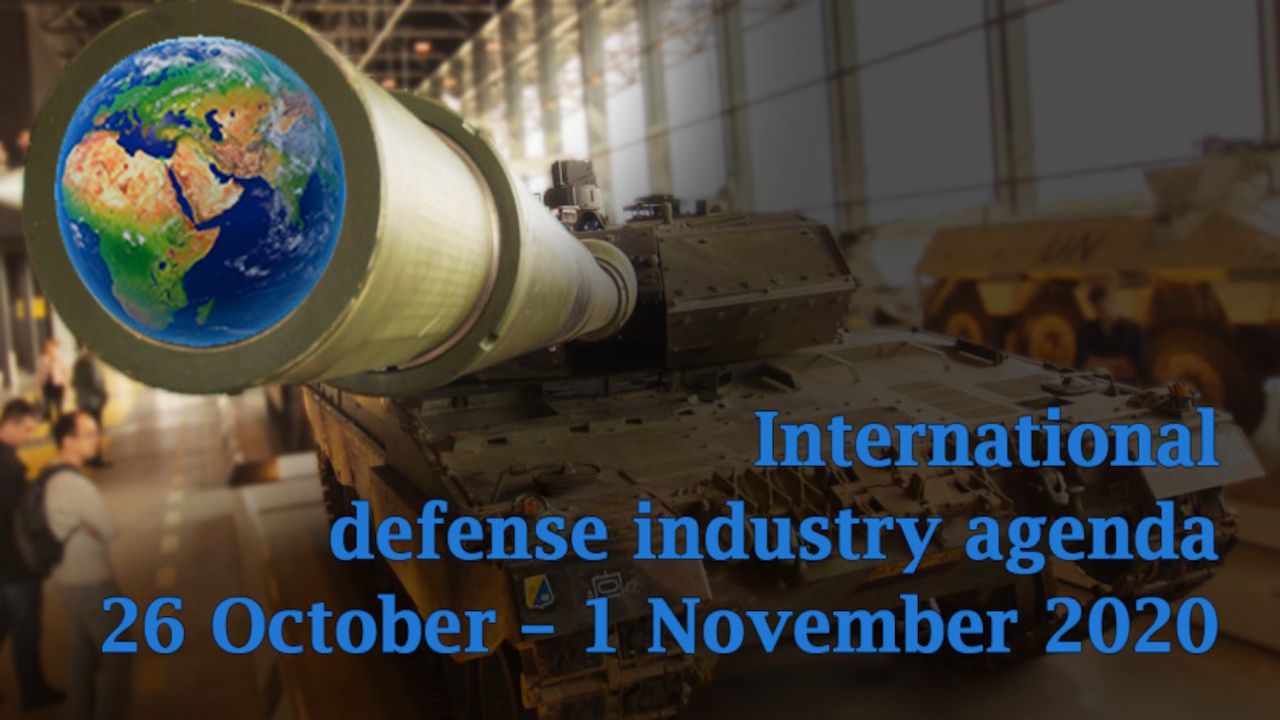 According to a report by SIPRI, 94 percent of the weapons that Armenia has procured over the past 5 years were from Russia.

STM’s kargu kamikaze drones started to be used by the Azerbaijani army against Armenia.

The United States has warned Turkey who has taken new steps towards activating the Russian S-400 missile defense system and warned of consequences.

Turkish companies met with the military delegations of Pakistan, Bangladesh, Sri Lanka and Afghanistan at the Defense Port Turkey-South Asia exhibition held online on October 26-28 in a virtual environment.

Japan contracted Mitsubishi as a prime contractor to produce a next generation stealth fighter aircraft.

Raytheon, a US defense company and the aircraft manufacturer Boeing, announced that they have shed a number of employees due to the crisis they are going through due to the Covid-19 pandemic.

The Philippines Department of National Defense announced that it has awarded the Israeli defense company Elbit Systems a $193.6 million contract for 18 military tracked and another 10 wheeled platforms.

The US Air Force Global Strike Command announced that it had tested the "Minuteman 3" ICBM, which can carry nuclear warheads, and the missile traveled approximately 4,200 miles.

Although Germany had banned defense industry exports to Saudi Arabia, it turned out that the country has exported 4.87 million euros worth of defense industry products and equipment to the Kingdom.