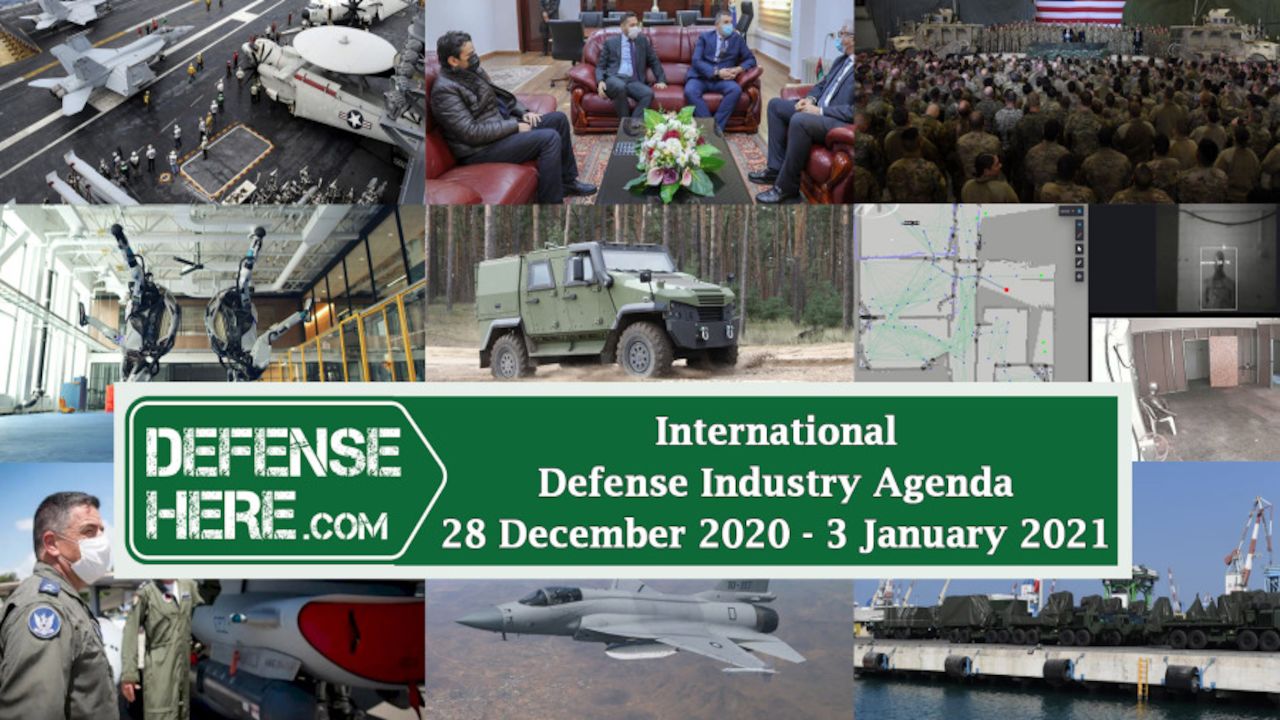 The US Senate voted to override President Donald Trump's veto of the $740-billion defense spending bill.

14 warplanes that have been jointly produced by Pakistan China were delivered to the Pakistan Air Force.

"It won't be long before we see joint exercises with Gulf Countries’ Air Forces," the Israeli Air Force Commander said.

The General Manager of BAYKAR Defense Haluk Bayraktar met with the Minister of Internal Affairs of Libya Fethi Bashagha, in Libya.

Lockheed Martin announced that they delivered 123 F-35 fighter jets in 2020. The number of F-35 warplanes in 26 military bases and ships around the world has exceeded 600.

The Israeli defense industry firm, Rafael, developed an artificially intelligent drone for the use in conflicts.

In 2020, the German government approved more than one billion euros of arms exports to countries with conflicts such as Yemen and Libya, or to countries involved in these conflicts.

Under the agreement signed between the US and Israeli Defense Ministries, Israel has completed the delivery of two Iron Dome air defense systems to the USA.

The Pentagon announced that the mass production of the F-35 manufactured by Lockheed Martin has been suspended indefinitely for "technical reasons".

The US based robot manufactureer Boston Dynamics has released a video of their lineup of robots dancing; the anthropomorphic Atlas, Spot the robot dog, and even Handle, a box moving robot.

The U.S. Department of State approved military sales to Kuwait, Saudi Arabia and Egypt with a total value of 4 billion 859 million and 500 thousand dollars.