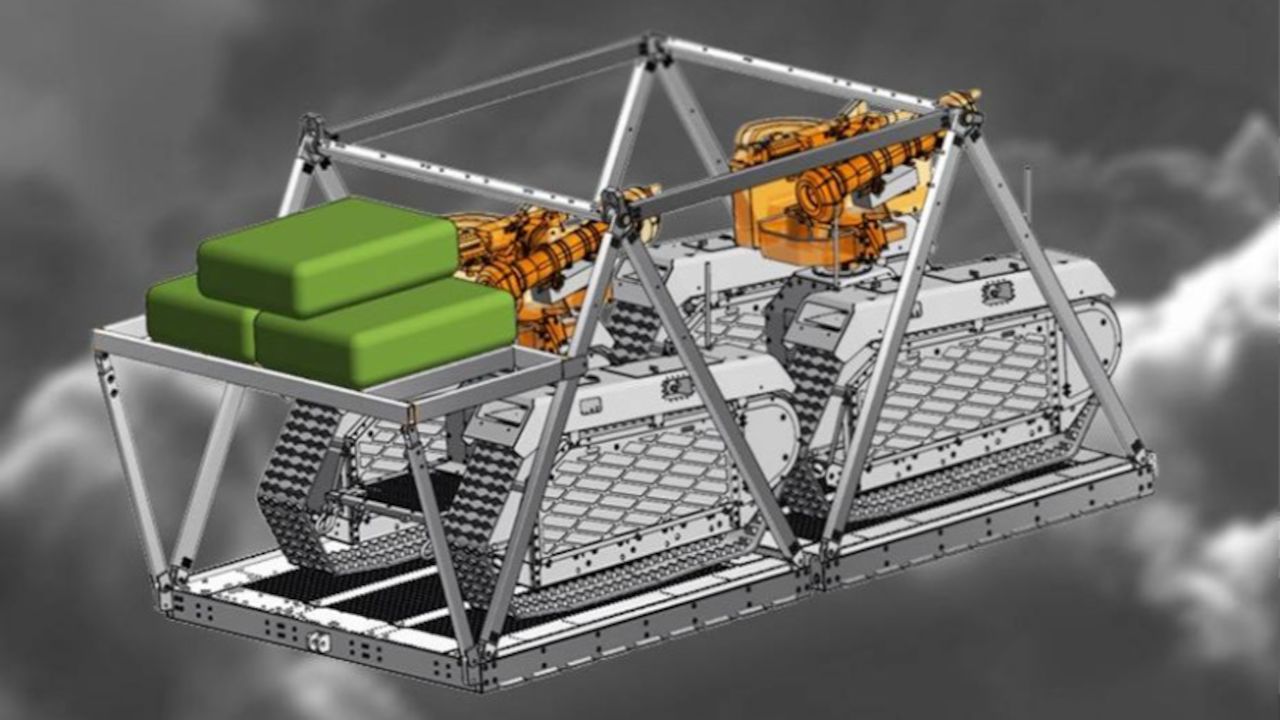 The company mentioned in a press relrease that by expanding the initial Milrem Robotics/IrvinGQ collaboration with the integration of a Kongsberg Protector RWS onto Milrems’s THeMIS UGV, it is possible to deploy by parachute an autonomous strike capability using the ATAX airdrop system.

The Kongsberg Protector family of Remote Weapon Systems are suitable for any mission. Modular and highly flexible, the system is designed for small and medium calibre weapons including mounting of coaxial weapons and anti-tank guided missiles (ATGM), complete with advanced day and night sensor suite for situational awareness and target acquisition. More than 20,000 Kongsberg Protector Remote weapon Stations have been produced for 23 countries, – and Kongsberg is now implementing a qualified secure, packed based fire control system for use in wireless control of one or more remote systems simultaneously.

The Milrem Robotics’ THeMIS is a multi-role UGV intended to reduce the number of troops on the battlefield. THeMIS’ open architecture enables it to be rapidly configured from having a transport function to being weaponized, performing ordnance disposal, or supporting intelligence operations according to the nature of the mission. THeMIS UGVs have been acquired by 9 countries, 7 of which are members of NATO, including the Netherlands, Norway, Germany, the UK and the US.

Given the emerging nature of unmanned autonomous and remotely piloted ground vehicles and the requirement to lessen the burden to warfighters, IrvinGQ is developing an airdrop restraint system with an auto release that enables the UGVs to self-derig and drive-off the ATAX platform unaided. A truly autonomous capability.

Milrem Robotics/IrvinGQ /Kongsberg enable a true autonomous mission at reach delivered by parachute, or in support of airborne forces, that can limit the warfighters exposure on the battlefield.