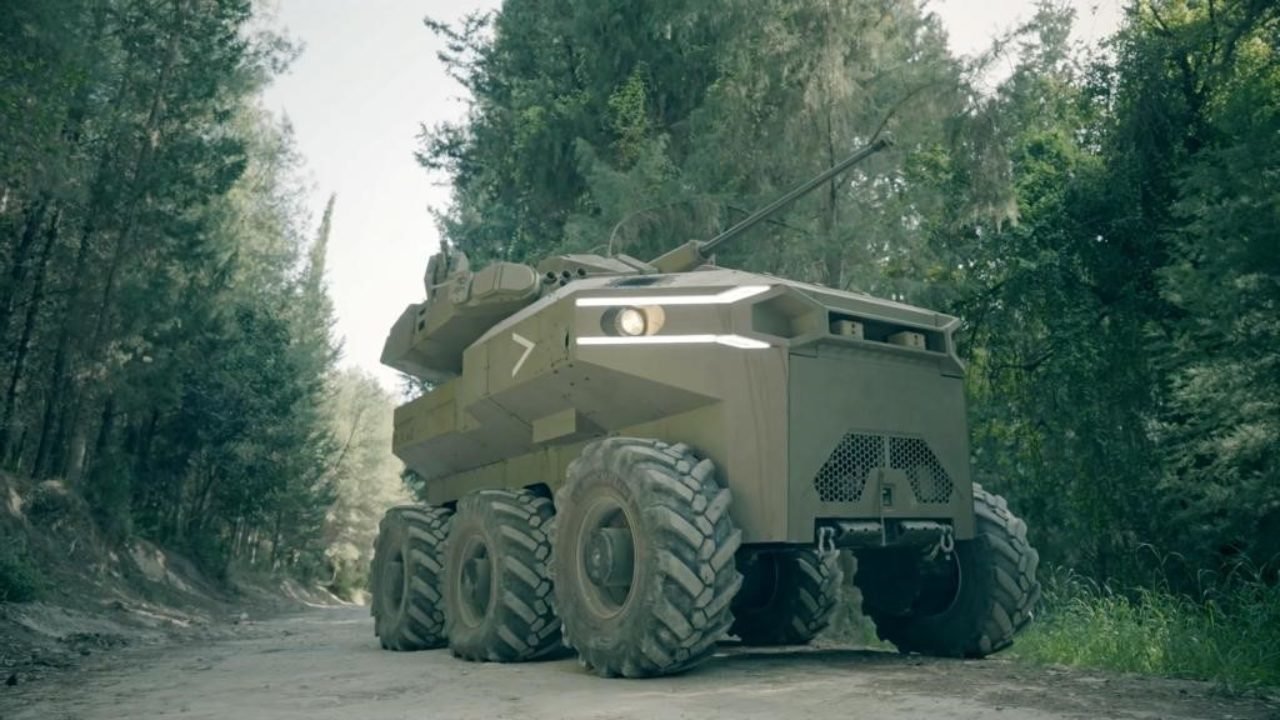 The Israel Ministry of Defense announced that it will begin testing a robotic unmanned vehicle (M-RCV Medium Robotic Combat Vehicle), developed by the Ministry’s Directorate of Defense Research and Development (DDR&D), the Tank and APC Directorate, and Israeli security industries.

The robotic combat vehicle will be unveiled today at Elbit Systems’ pavilion at the Eurosatory Defense and Security Exhibition. The vehicle includes a new robotic platform type BLR-2 made by BL, a 30 mm autonomous turret developed by the Tank and APC Directorate for the “Eitan” APC, Elbit’s “Iron Fist” Active Protection System, fire control and mission management systems, and robotic autonomous kit, in addition to situation awareness systems. The vehicle also features a capsuled drone for forward reconnaissance missions, and a passive sensing kit developed by Elbit Systems and Foresight.

The technological demonstrator, led by the Ministry of Defense’s DDR&D and the Tank and APC Directorate, integrates a number of cutting-edge technologies including advanced maneuvering capabilities, the ability to carry heavy and varied mission loads, and a built-in system for transporting and receiving UAVs.

The vehicle will also incorporate sights, an IAI missile launcher, and Rafael Advanced Defense Systems’ “Spike” missiles. The M-RCV’s capabilities include a highly autonomous solution for forward reconnaissance, and controlled lethality in all-terrain conditions. It is operational during the day and night in all-weather scenarios, while emphasizing operational effectiveness, simplicity, minimum operator intervention, and integration into heterogeneous unmanned arrays.

The system was developed as part of the autonomous battlefield concept led in the DDR&D in collaboration with the Tank and APC Directorate while implementing an open architecture for integrating future capabilities and integrating the robot alongside other tools and capabilities.

The system is a joint product of many years of investment by the DDR&D and the Tank and APC Directorate and is expected to start field tests during 2023 in representative scenarios. 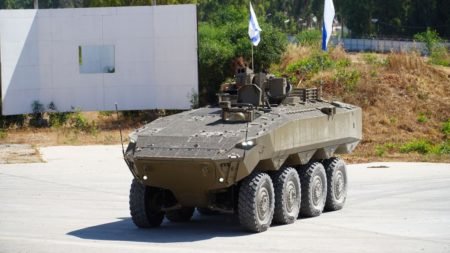 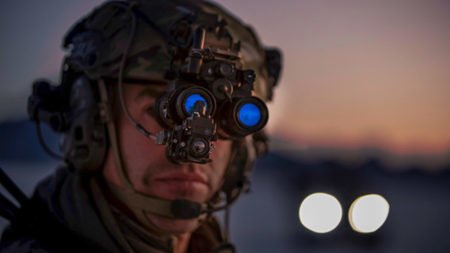 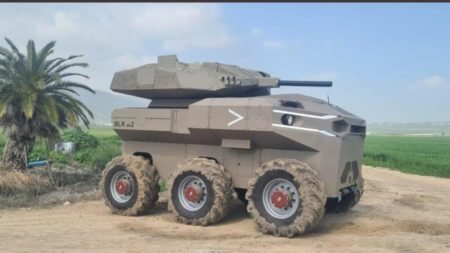