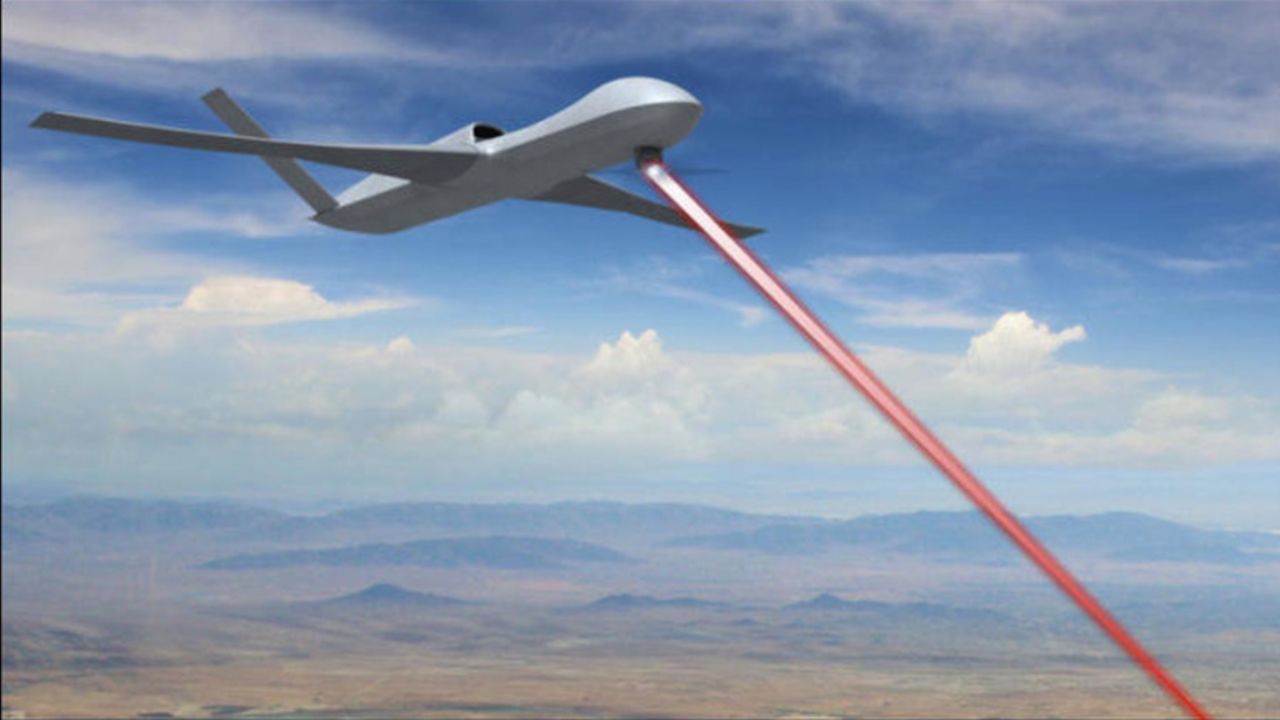 Israel's Ministry of Defense has successfully carried out a series of interceptions to shoot down drones with a powerful airborne laser system installed on a civilian light aircraft.

The trials were carried out over a number of days last week under the leadership of the ministry’s research and development unit, together with Elbit Systems and the IAF.

During the trials that were carried out over the sea, the high-powered laser fired from a civilian Cessna plane destroyed the unmanned targets at differing ranges and altitudes.

According to the Defense Ministry, Israel is perhaps the first country in the world to have been able to use such laser technology on an aircraft to intercept targets in an operational simulation.

“This is the first time in Israel, perhaps the world, that this was done,” said Brig.-Gen. Yaniv Rotem, head of military research and development at the Defense Ministry. “This is a groundbreaking technological achievement and is a critical step for further development.”

The fully automated energy system uses the laser to destroy a target while flying above the clouds, he said, adding that the “powerful and precise system” can intercept the target “regardless of weather conditions.”

Once a target passes through the area of interest, the system can be directed at any part of it with very high accuracy. It locks on and remains locked on until the target is downed.

The trials are the first phase in a multiyear pilot program of the Defense Ministry’s Administration for the Development of Weapons and Technological Infrastructure (MAFAT) and Elbit Systems to develop an aerial laser system to confront a number of threats facing Israel, including long-range rockets.

The system is not intended to be used against incendiary balloons from the Gaza Strip. Airborne laser targeting has many advantages, including a low cost of use, the ability to effectively intercept long-range threats at high altitude regardless of weather conditions and the ability to defend large areas.

The Defense Ministry hopes to install the system on a larger aircraft in upcoming trials and then on other aerial platforms, Rotem said. The system initially will be used for defense and eventually also will be used in offensive scenarios, he said.

During the trials, several UAVs were downed at a range of one kilometer with a 100% success rate, Rotem said. In a few years, the ministry intends to build a laser with a power of 100 kilowatts that will have an effective range of 20 km., he said.

A ground laser system under development will be operational in three to four years and the airborne system in eight to 10 years, Rotem said, adding that in another decade, it is hoped that such a system could destroy targets hundreds of kilometers away.

Last year, the ministry launched three programs to develop high-energy laser demonstration systems in cooperation with the two companies: a ground-based laser system to complement the capabilities of the Iron Dome missile interceptor, a maneuverable platform-mounted laser to defend troops in the field; and a laser demo system mounted on an aerial platform to intercept threats above cloud cover and for the defense of wide areas.

The ground system will also be able to destroy targets at a range of eight to 10 km. with a 100 kW laser, Rotem said. The ministry is aiming for an operational system by 2024 to be deployed at the Gaza border area for shooting down rockets, he said.

“Today, you have brought us closer to yet another important milestone in the development of the multitiered defense array of the State of Israel, and it is significant both in terms of cost effectiveness and defense capabilities,” he said.

“The laser system will add a new layer of protection at greater ranges and in facing a variety of threats: securing the State of Israel while saving costs of interception,” Gantz said. “I am confident that Israel’s defense industry will succeed in this important development program, and I will work personally together with the entire defense establishment to ensure its success.”

The Defense Ministry hopes that the airborne system will further increase the effectiveness of Israel’s air defenses against existing and future threats. It is expected to complement Israel’s multitiered air-defense array, which includes the Iron Dome, David’s Sling and Arrow missile interceptors.

“We are proud to spearhead the development of this strategic capability together with the Defense Ministry and the IAF,” Elbit ISTAR general manager Oren Sabag said. “The trials were successful thanks to a range of unique technological assets.

“We believe that the use of a high-powered laser to carry out low-cost airborne interception of rockets and hostile unmanned aircraft closer to their launching areas and away from population centers offers a significant change in Israel’s defense capabilities.”