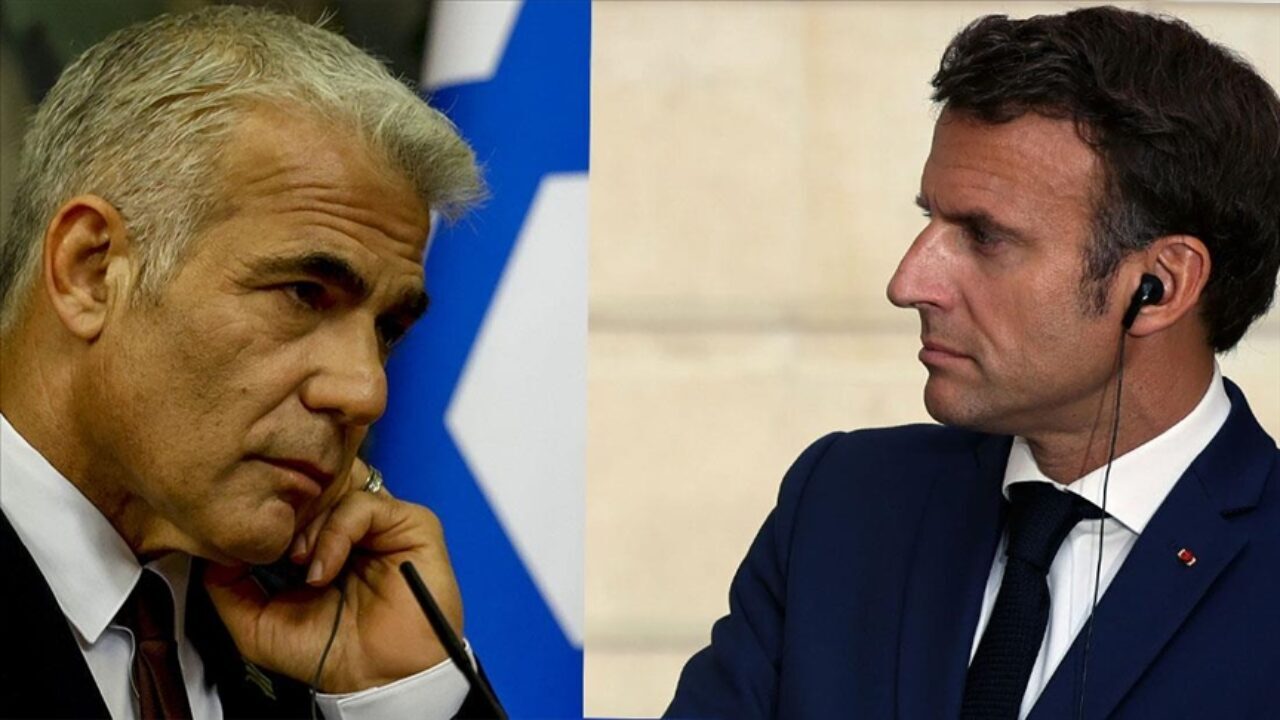 Lapid spoke over the phone with French President Emmanuel Macron during which he said Israel would not be obligated by the deal, according to a statement issued by his office.

“Israel will continue to do everything to prevent Iran from attaining a nuclear capability,” Lapid said.

The Israeli premier said Iran is still negotiating on an offer which was presented as “take it or leave it.”

He claimed that there are new elements in the offer that go beyond the limits of the original nuclear deal, adding that it will “pave the significant investment to flow into Iran’s terrorist network and to strengthening the Iranian military.”

According to the statement, Macron emphasized his commitment to preventing Iran from acquiring a nuclear weapon.

Israeli Defense Minister Benny Gantz said early Monday that Israel opposes a forthcoming nuclear deal between the West and Iran and will “work to bring it down.”

Israel accuses Iran of seeking to build a nuclear bomb, a claim denied by Tehran, which says its program is designed for peaceful purposes.

On Monday, Iran cited “good progress” in talks aimed at reviving the 2015 nuclear agreement with the West.

Former US President Donald Trump unilaterally withdrew the US from the Iran nuclear deal in 2018 and reimposed sanctions as part of a "maximum pressure campaign" on Tehran.

Iran retaliated by stepping back from its nuclear-related commitments under the deal. Tehran has since exceeded thresholds on the enrichment of uranium, as well as the amount it is allowed to possess under the pact.