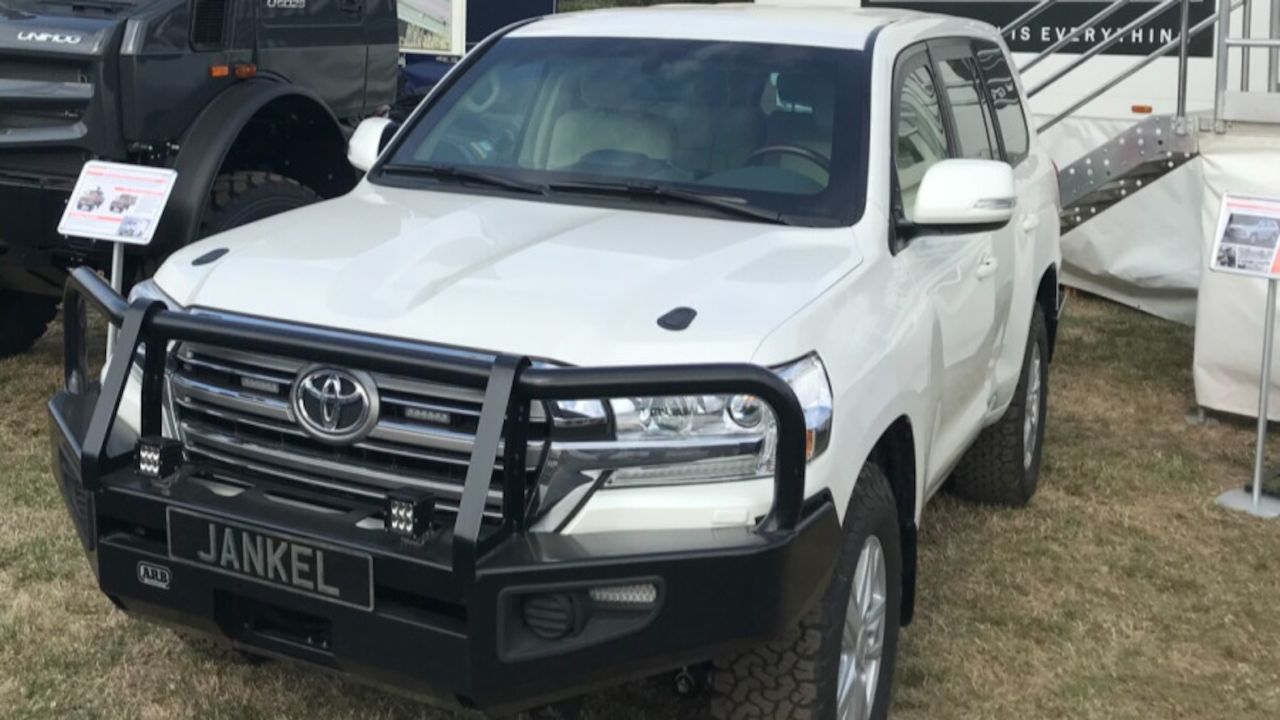 Jankel, a manufacturer of high-specification defence, security and NGO protection systems, has received an order for 35 Toyota LC200 vehicles following the recent launch of their “Act Now – Armour Later” initiative. The vehicles have been ordered by an undisclosed existing customer and will be securely stored and maintained by Jankel prior to being armoured, as required.

The customer is already in discussions with Jankel regarding the future armouring and/or modification programme of the 35 base LC200 vehicles purchased, to meet their emerging needs. Modifications include Civilian Armoured Vehicle conversions (Hot Formed Armoured CAV), military specification modifications and armoured twin-cab pickup variants.

With the Toyota LC200 due to go out of production in 2021, Jankel are offering current and new clients the “Act Now – Armour Later” scheme to purchase LC200s now and then have them stored up to the point that they require armouring, before then entering service. The scheme is flexible and can be tailored to meet a customer’s specific needs.

Jankel are already working on plans to develop solutions to armour Toyota’s replacement for the LC200 but it remains a fact that there will be a gap between the current LC200 going out of production and the new armoured model being developed, tested, certified, built and suitable for operational use. During this period, Jankel are offering current fleet owners the opportunity to buy the existing LC200 ‘up front’ to ensure there are no gaps in capability during the transition period and to help maintain fleet commonality and discretion for as long as possible.

Dan Crosby, Commercial Director at Jankel Group said: “We are very pleased to have received this first major order of 35 Toyota LC200 vehicles as a direct result of us launching our “Act Now – Armour Later” scheme. He added: “Our detailed analysis indicates that there are very low stocks left worldwide and available for applications such as armouring so we’re encouraging all of our current and potential clients to seriously consider the “Act Now – Armour Later” scheme.  Given the constraints imposed by the anticipated end of LC200 production, now is most certainly the time to act, in order to fill the gap until the replacement vehicle is developed, certified and available for use”.