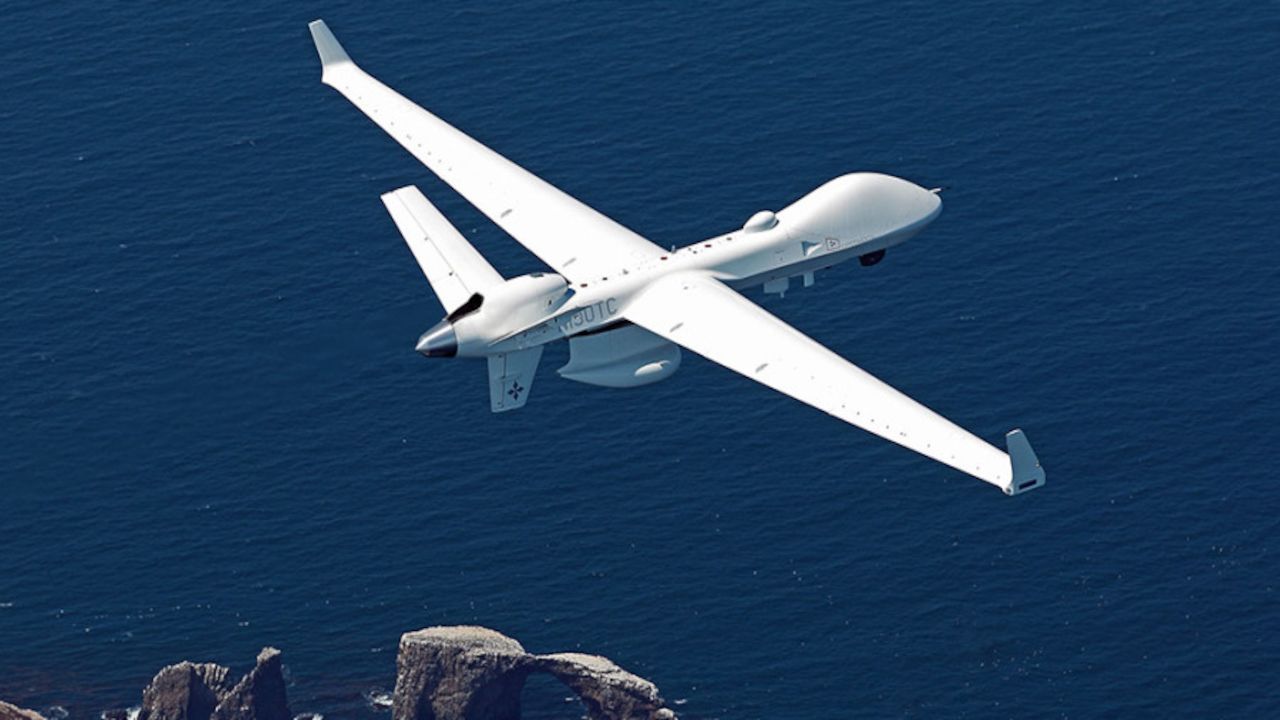 The SeaGuardian is a maritime surveillance UAV developed by General Atomics Aeronautical Systems (GA-ASI) that can fly at an altitude of 40,000 feet (12,000 meters) and can fly continuously for up to 30 hours (more than 25 hours on station). The aircraft is equipped with GA-ASI’s Lynx Multi-mode Radar and Raytheon’ SeaVue radar, as well as an EO/IR sensor to monitor vast areas of the ocean in all weather conditions.

The JCG’s decision to consider the introduction of UAVs was prompted by the Japanese government’s decision in December 2016 to adopt a new policy for maritime security. The policy is designed to strengthen the functioning of the JCG in response to the recent activity of Chinese fishing and government vessels in the waters around Japan. Therefore, it was decided to consider the introduction of UAVs for the purpose of continuous monitoring of these foreign vessels, especially those operating within Japan’s vast Exclusive Economic Zone (EEZ).In fact, Japan’s territorial waters, plus its EEZ, are the sixth largest in the world, and it would be difficult to keep watch of such a vast area with manned aircraft and patrol vessels alone.

According to the JCG, a total of 13 flights, 150 hours flight test will be conducted, during which various test items will be checked. For example, the Bombardier Q300 (DHC-8-315) operated by the JCG was used to check the SeaGuardian’s collision avoidance system, and in conjunction with the patrol vessel Hida (PL-51), SeaGuardian’s day and night vessel identification capabilities were checked.

The advantage of UAVs is their ability to operate continuously 24 hours a day, which is a major advantage compared to manned aircraft. In this regard, the JCG intends to shift many of the missions currently carried out by manned aircraft to UAVs, with an eye on the future population decline. Therefore, the demonstration test also verified the ability of the SeaGuardian to find people in distress during search and rescue missions and to observe volcanic activity.

In that case, according to JCG officials, if the Sea Guardians were to be introduced, at least three aircraft would be needed to monitor the waters around Japan 24 hours a day.

The Importance of Flight Demonstration Tests for JMSDF

As already mentioned, the test is based at the JMSDF air base. This is very significant. In fact, the data from this test will be shared with the JMSDF, JCG official said. Currently, JMSDF is also exploring the introduction of UAVs to account for the impact of future population decline, and in the Medium Term Defense Program (FY 2019 – FY 2023) announced in December 2018, it was specified that UAVs will be considered for implementation.

From that perspective, the SeaGuardians are a very viable option. Not only can it carry radar and EO/IR sensors on the airframe, but it can also carry the Leonardo SAGE 750 Electronic Support Measure (ESM) system, which means it can be deployed on ELINT missions as well. In addition, the SeaGuardian can carry dozens of sonobuoys under its wings, which can be dropped and controlled to conduct anti-submarine warfare (ASW).

Currently, JMSDF has nearly 70 P-3C and P-1 Maritime Patrol Aircraft in its fleet, but JMSDF could operate the MPA more efficiently if these were replaced by shifting peacetime maritime surveillance to the SeaGuardian and conducting ASW in conjunction with it in wartime.

Recent export successes for the SeaGuardian

The unmanned aircraft is also being considered by several other customers.