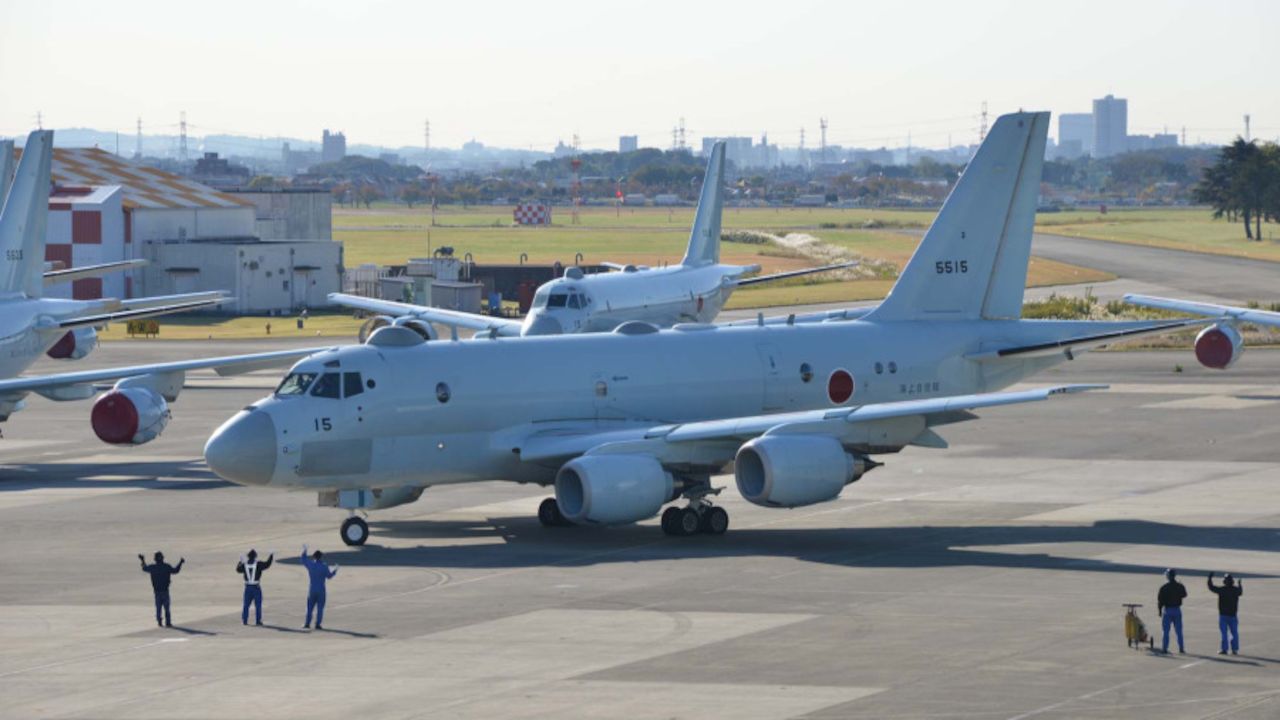 The P-1 is a modern maritime patrol aircraft developed and manufactured by the Kawasaki Heavy Industries. It is a purpose-built maritime aircraft with no civil counterpart and was designed from the onset for the role.

As noted by the company, the P-1, the successor to the P-3C, is a patrol aircraft used for prolonged and extensive surveillance, and patrol over the seas around Japan.

Newly-developed and manufactured domestically, including its airframe, engines, and patrol systems, the P-1 presents improved features compared to the P-3C: faster speed, longer range, and greater loading capacity made possible by the latest technologies. These features enable patrolling of the extensive seas around Japan for long hours.

The P-1 is equipped with various sensors to enable the aircraft to perform its primary purpose of detecting submarines and surface vessels; these include the Toshiba HPS-106 active electronically scanned array (AESA) radar which uses a total of four antennas to provide 360-degree coverage and Infrared/Light detection systems for surface detection.

Weapons available on the P-1 include torpedoes, mines, depth charges, air-to-surface missiles (such as the U.S.-built Harpoon), or bombs. Armaments are managed by a Smith Aerospace-built stores management system, which includes a newly developed Universal Stores Control Unit capable of accommodating hundreds of different munitions, including future ones and precision weapons. Multiple radar warning receivers provide all-round awareness of missile threats, which is combined with a defensive countermeasures suite.

On 26 March 2013, the JMSDF took delivery of the first two operational P-1 aircraft as a replacement for the P-3C Orion.