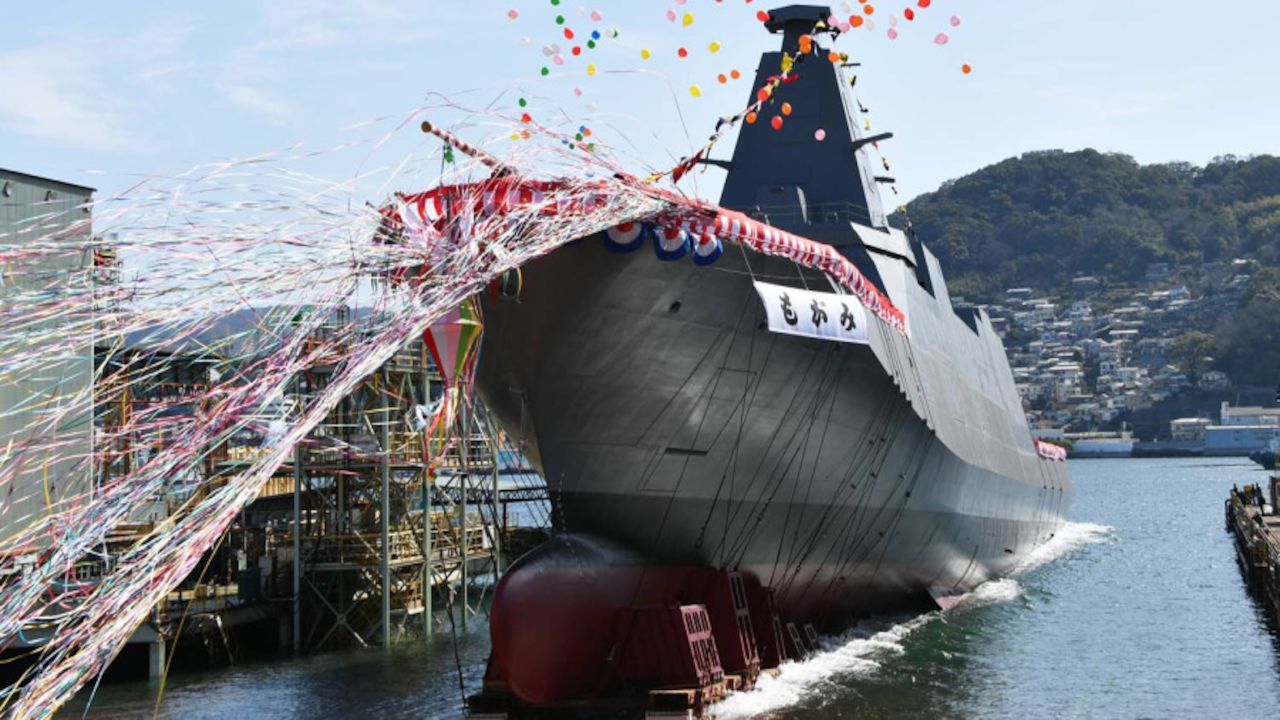 The 3,900-ton unit is the lead ship of the 30DX frigate program of JMSDF and is planned to be commissioned in March next year.

Back in 2018, the Japanese defense ministry awarded a contract to MHI to build the first two of the planned four frigates for JMSDF.

The second frigate, JS Kumano (FFM-2) is being built at subcontractor Mitsui Engineering and Shipbuilding’s (Mitsui E&S) Tamano shipyard. The ship was launched on 19 November 2020 and is scheduled for delivery also in March 2022.

The next-gen frigates feature a length of 130 meters, a width of 16 meters and can reach a speed of over 30 knots.

The multirole frigates will be more compact for operations near the shores of Japan. They will be deployed on international peace and humanitarian missions in addition to performing anti-piracy activities. The vessels will also have mine countermeasure capabilities.