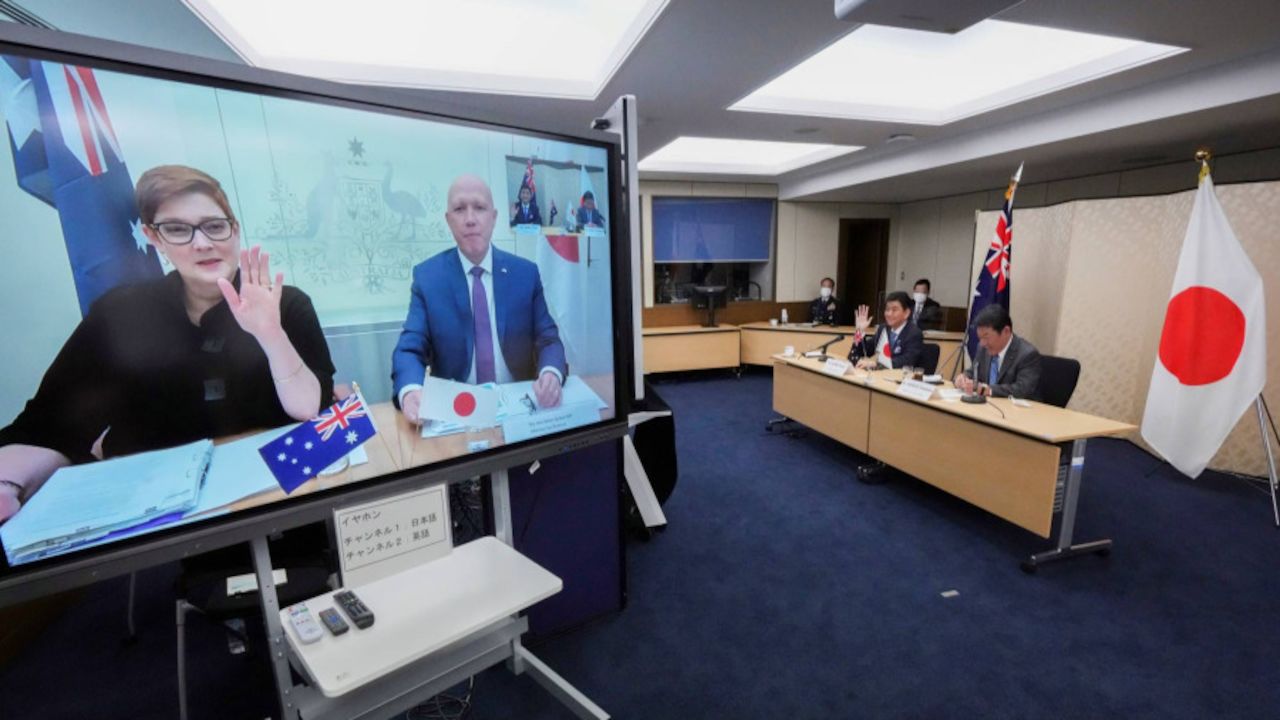 Japan and Australia on Wednesday confirmed that the Japanese Self Defense Forces (SDF) “will protect Australian military assets in non-combat situations.”

The confirmation came at a virtual 2+2 summit of defense and foreign ministers of the two countries, Tokyo-based Kyodo News reported.

Australia will be the second country after the US where Japan’s SDF will be allowed to protect foreign military assets under Japan’s security legislation that came into force in 2016.

Wednesday's confirmation came following an accord reached last October during the defense ministers' talks. The move appears to “strengthen vigilance and surveillance activities” amid China's rise as a regional and global power.

According to the report, Japan and Australia affirmed “the importance of peace and stability across the Taiwan Strait.”

The move assumes significance amid China’s expanding influence in the region where US has put together a loose coalition of Japan, Australia and India – now popular as Quad, aiming to counter Beijing.

Stressing the significance of Japan-Australia security cooperation, Kishi told the meeting: “For peace and stability of the region, unity of like-minded countries will be required more than ever.”

in an apparent reference to China's assertiveness in the region, Motegi added: “The international order faces a great challenge from unilateral attempts to change the status quo.”