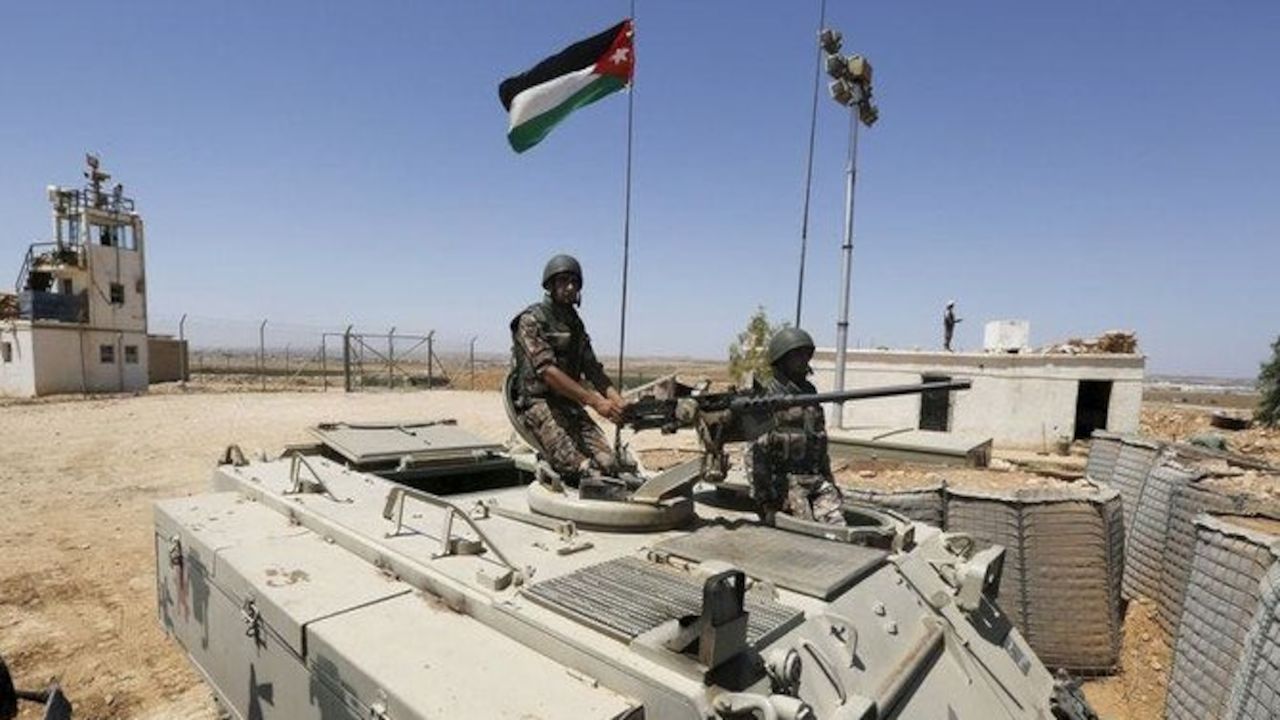 AMMAN: Jordan is to start conscripting men and women aged between 25 and 29 into its army for one year as part of efforts to tackle the country’s unemployment crisis.

And under the terms of the program, conscripts will be denied use of their mobile phones in a bid to focus their minds.

Jordanian Prime Minister Omar Razzaz on Wednesday supervised the signing of a memorandum of understanding (MoU) between the government and the army in the presence of Labor Minister Nidal Bataineh and head of the joint chiefs of the Jordanian Armed Forces, Maj. Gen. Yousef Huniti.

Under the terms of the MoU, men will undertake three months of military training and all conscripts will be skills trained and placed in private-sector roles for the remaining nine months of their service.

The army will pay conscripts 100 dinars ($141) a month and will cover their salaries up to a minimum wage of 220 dinars when they take up roles with private companies.

They will also be enrolled in the social security program and those without family health insurance will be provided with cover for the duration of their conscription period. During army training and service, conscripts will be banned from using their mobile phones, but they will be allowed end-of-month vacations.

Bataineh said the conscription order had been based on a 1986 law and applied to those born in 1995 who were not working, residing abroad, students, head of a family, or an only son when called in.

“National service will reinforce national identity and create a culture of discipline and will provide for learning new skills which will allow these young people to enter the workforce.”

Ahmad Awad, director of the Phenix Center for Economic and Informatics Studies, told Arab News that he feared the scheme could be a short-term fix for a problem that needed long-term solutions.

“If we are serious about solving the unemployment problem in Jordan, we must tackle it by making deep and painful changes,” he said.

He pointed out that structural change would require improvements in wages and working conditions so that Jordanians could take up jobs in sectors such as construction and agriculture.

Awad noted that being in the army could force a change in thinking and break cultural taboos. “But this will be temporary. As soon as the year is over, they (the conscripts) will go back to their old habits.”

Wajih Oweis, a member of the Jordanian Senate and former minister, said that preparing unemployed Jordanians to join the labor force also required a major shift in how education was regulated.

“In 2016 the government approved a far-reaching education strategy which it never enforced. The strategy was aimed at annually increasing Jordanians attending vocational training by 3 to 4 percent with a similar decrease in university enrollment, to reach a formula of 60 percent university students and the rest vocational, instead of the current exaggerated rate of 95 percent of students going to universities and only 5 percent into vocational training.”

Imad Maayah, a retired major general in the Jordanian Army, told Arab News the decision was an “excellent” move by the government.

“The three-month training period is an opportunity to allow young people to review their life in an orderly way. I love the fact that the army will take away from them their smartphones so that they can think about themselves and their homeland. I am certain we will find creative talents that are needed for our country.”

Layla Nafaa, director of the Arab Women’s Organization, said conscription would provide Jordanian women with much-needed work opportunities. “This will give them social and economic independence and will bridge the gender gap in employment which has been exacerbated due to the coronavirus disease (COVID-19 pandemic) that has decimated the economy.”