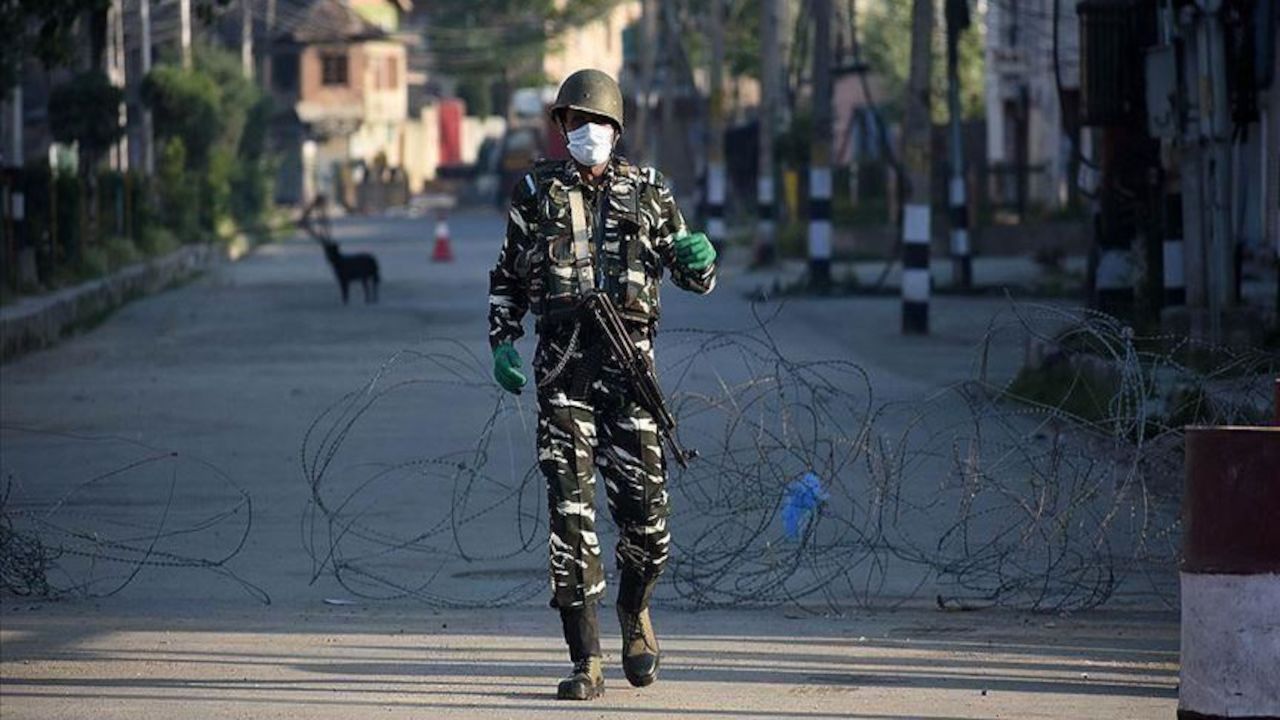 At least 15 people were killed, including four Indian soldiers and one Pakistani trooper as heavy shelling and gunfire were exchanged Friday between India and Pakistan along the Line of Control, officials said.

Official sources from India said four security personnel were among 10 people killed in multiple ceasefire violations by Pakistani troops along the de facto border between the two nations from the Gurez sector to the Uri sector of the Jammu and Kashmir region.

"Suspicious movement was observed by our soldiers at the forward posts along the LoC in Keran sector (in north Kashmir's Kupwara district) today. The suspected infiltration bid was foiled by alert troops," according to Indian army spokesman Rajesh Kalia, who was quoted by the Press Trust of India newspaper.

"They fired mortars and other weapons. A befitting response is being given," he said.

Official sources told Anadolu Agency that four Indian soldiers were killed in Pakistani firing today in the North Kashmiri's Uri sector along with the Hajipeer and Gurez sectors.

"Six civilians were killed in Kamalkote and Gurez sectors in the Uri area of Baramulla district while a woman was killed in the Balkote area in Haji Peer sector of Uri," the official added.

Mohammad Kamran, a resident from the north Kashmir's Uri sector told Anadolu Agency that heavy shelling has been going on since early morning.

"Many are injured and dead while loud bangs are still going on. The situation is terrible. We are moving to safer places," he said.

"Twelve] people have been injured including five army troopers," it said.

Pakistan said in a statement that a senior Indian diplomat was summoned to the Ministry of Foreign Affairs to register Pakistan’s strong protest for cease-fire violations by the Indian occupation forces resulting in the death of an innocent civilian and serious injuries to three others.

"This year, India has committed 2,729 ceasefire violations to date, resulting in 21 shahadats and serious injuries to 206 innocent civilians," according to the statement.