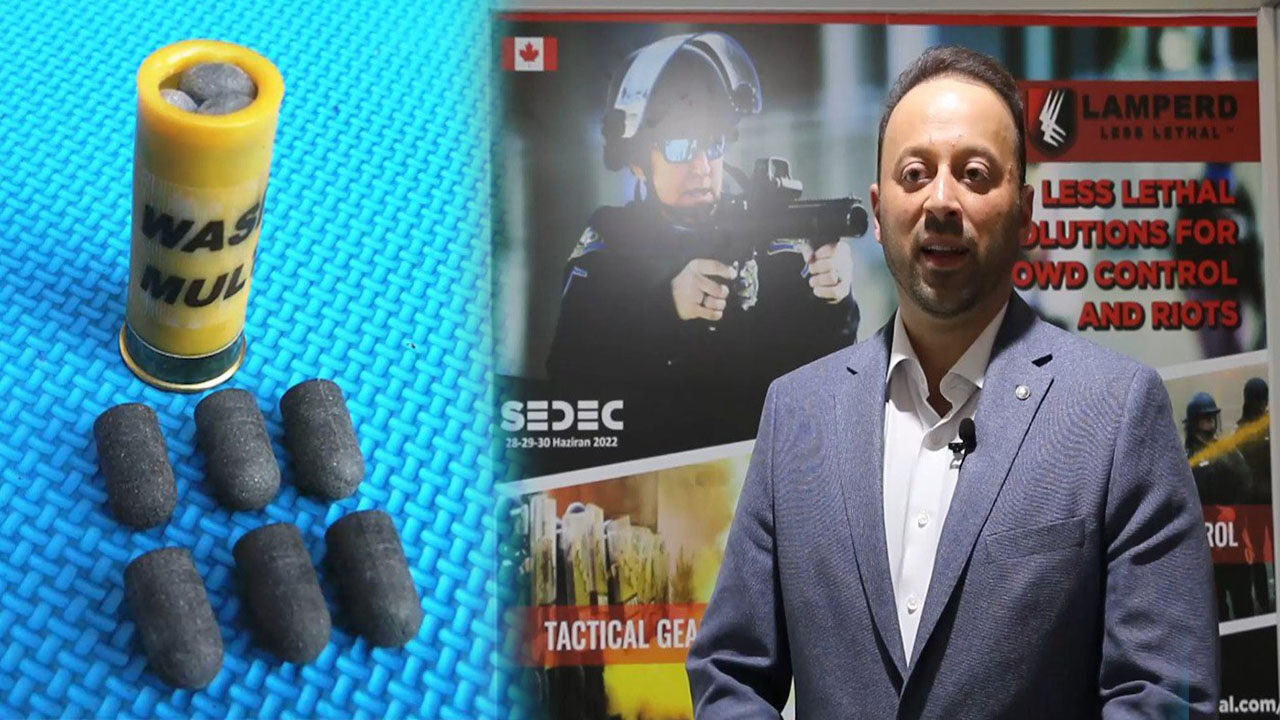 In an interview with Defensehere.com, President of Poly Analytik Amer Ebied talked about Lamperd Less Lethal and the company's specialized composite projectile, the Wasp.

Stating the Canadian company has focused on less lethal technologies for crowd control for the last 20 years, Mr. Ebied said:

"Lamperd was established in 1969 in Sarnia, Ontario, in Canada. The company for the last 20 years has focused on less lethal technologies for crowd control and day to day operations. Since that time we’ve established an R&D center, we’ve patented a number of technologies and we’ve managed to create one of the most effective and accurate less lethal weapons in the world today.

We believe that 90 percent of all day-to-day offences do not require the use of live ammunitions and if police officers have an option, alternative option to use besides live ammunitions, the numbers say that there is more than 76 thousand people would be saved from unintentional death every year. So, we are very delighted to be able to offer one of the world’s most effective, accurate, easy to use, cost effective solution for law enforcement, police, security, and special forces.

So we are here in Turkey today, we are hoping to bring this technology to this area to this region. It’s a very effective technology utilized in many of the Commonwealth, Canada, US, Malaysia and several African countries and we are hoping that this will be a technology that Turkiye manages to employ and test and try out.

Lamperd Less Lethal’s main patented technology, that is one of our best sellers, is the Wasp. The Wasp composite material is composed of several products, several ingredients that allow it from -50 to +70 to keep its properties so its not changing in very cold temperatures or very hot temperatures. This ensures long shelf life for the product and ensures that when it hits the target its not frozen, its not hard that would cause more damage and its not soft that it will melt away or cause any problems in the gun being shot from.

The composite material also has a high accuracy, very similar to live ammunitions. So it allows the discriminate targeting of a specific person rather than shooting so many bullets and hoping one would hit. This is a very targeted weapon that can target a specific person.

The good thing is we make this composite in many different calibers, in 9mm, 50 cal, 12 gauge, 20 gauge, and any custom caliber but the most effective one we have found is the 20 gauge hand gun which we manufacture in a five shot revolver. You can actually shoot a training round from it, you can shoot a distraction round, from it a marking round to mark a specific target. There are 5 different types of bullets you can fire from this gun.

The Wasp, which is the patented composite, is the main one that we have done a lot of research and patent through our analytical arm and analytical companies.

The other guns, we have the long range guns which allows you to fire at longer range, more like 30 to 40 meters distance and we have the 37-40mm launcher and we’ve managed to make the 5kg - 10kg big launcher that police are used to in a 900 gram to a kilo size so the police officer put it on their chest in a pocket kind of material and be able to utilize it quite fast when needed.

Now these 37 or 40mm projectiles, the nice thing about them, once you shoot them you can shoot this Wasp or you can shoot a pepper spray. Now the pepper spray creates a cloud over people and the actual bullet dissipates so nothing comes down and hits someone on the head or causes any damage. Again, with all of our technologies we have thought of the police officer, and we have thought of the opponent or people getting fired to make sure nobody gets hurt." 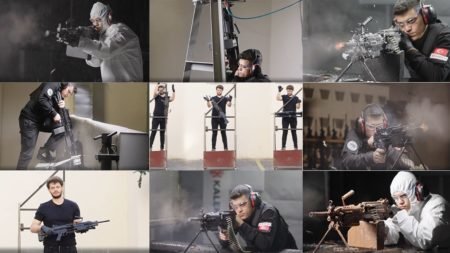 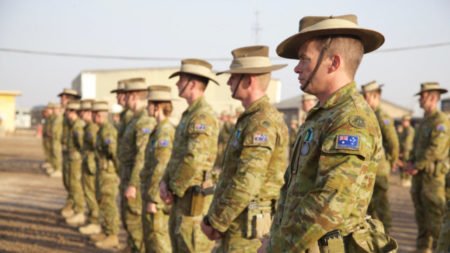 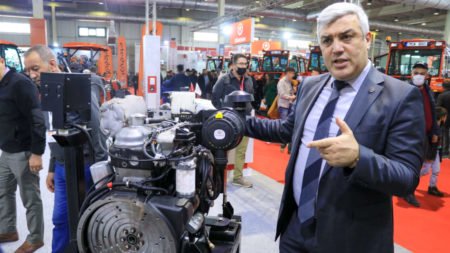 TÜMOSAN's activities in the defense industry