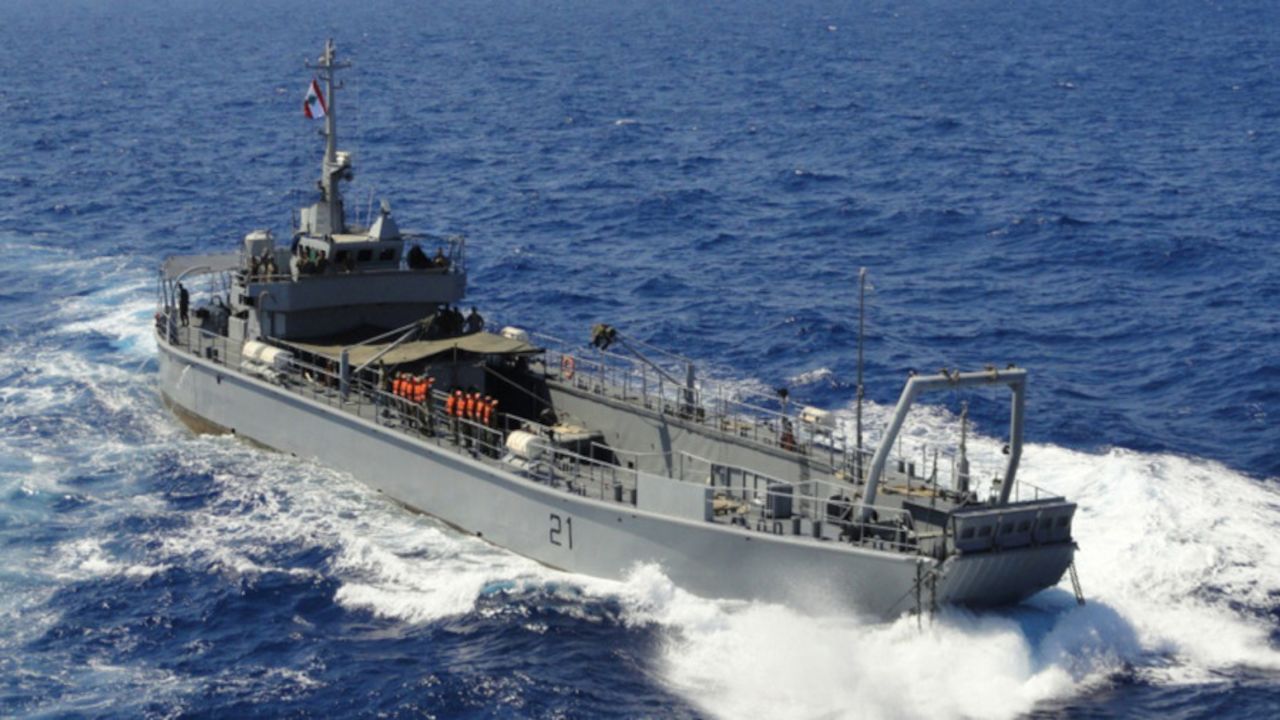 Lebanon’s sole coastline along the Mediterranean Sea is about 150 miles, and its Navy is largely tasked with protecting the country’s exclusive economic zone. But with the government becoming more interested in oil exploration, the maritime service may have to bolster its security capabilities. Some of that can be accomplished through foreign aid.

According to the U.S. State Department, the American government provided Lebanon in fiscal 2020 with $216 million in military grant assistance. This included $105 million in foreign military financing, $3 million in international military education and training, and $108 million in funding authorized by the Pentagon.

Defense News recently spoke with the Lebanese Navy’s commander, Senior Capt. Haissam Dannaoui, about the service’s plan to restructure its fleet, securing the coastline, and prepare to counter asymmetric threats amid the country’s oil exploration. This interview has been edited for length and clarity.

What’s the latest project the Lebanese Navy is working on, and how are the discussions going to procure four French and two Italian warships?

Ever since it was launched, the Lebanese Navy has worked to develop its combat and logistic capabilities in line with the nature of the tasks entrusted to it, through the allocated budget by the Army Command or through donations and aid provided by friendly countries. Coordination is ongoing with French shipbuilders to supply Lebanon with four offshore patrol vessels, each of which has a length of between 65 and 75 meters.

Meanwhile, the Navy is working on multiple developing programs. The project to develop the radar network to improve our capabilities in monitoring Lebanon’s territorial waters is implemented on several phases. Two phases were previously implemented, and the third and fourth phases remain. Phase 3 includes the development of the information transmission network and the installation of higher-capacity radars as well as thermal cameras. Phase 4 involves opening offers and obtaining approvals, including installing panels to generate electricity from solar energy instead of generators and constructing new buildings for radar surveillance along the Lebanese coast.

We are also working on a project to build a new naval base in Beirut, which includes the construction of a new building, a kitchen, a number of workshops and modern infrastructure. The coordination and specifications phase has ended, and the foundation stage has begun. This project is expected to be completed within a year.

As for the construction of infrastructure, the work was divided into two phases: The first includes providing berths 1 and 2 with advanced infrastructure, and the second phase includes all berths at the Beirut Naval Base, where a new electricity network and an advanced firefighting system will be installed.

We also have a project to build a search-and-rescue center within the Beirut Naval Base. Its objective is to develop the capabilities of the Army with regard to maritime search, and to carry out rescue operations for people, boats and ships. Adding to this, our projects include establishing a new building affiliated to the naval forces school, which is concerned with training the apprentices of the naval force’s officers.

What vessels will the Navy receive as a part of military aid in the near future?

From the beginning of the security and military aids program between the American and Lebanese armies, it has been agreed that this assistance will include the naval force in order to raise operational readiness. In this context, we have received a donation from the United States, which is 18 rigid hull inflatable speed boats in the SAFE 44 variant.

What is the Navy doing to secure the Lebanese coast, and how does the service contribute to maintaining maritime security?

The Lebanese Navy is the only force capable and authorized to work to extend the authority of the state in the Lebanese territorial waters and coast. In this context, it is carrying out a series of sensitive and simultaneous missions, despite its currently modest capabilities, which we hope to develop in the future in compliance with the upcoming tasks at the national level, especially with regard to gas extraction from Lebanese waters.

The most important tasks we are currently carrying out are monitoring the trade fleets by inspecting suspicious ships; monitoring fishing boats and implementing marine fishing law in coordination with the Ministry of Agriculture; combating smuggling of all kinds — goods, weapons, contraband, illegal immigration); search-and-rescue operations; and combating marine pollution.

However, after United Nations Resolution 1701 was issued with its inclusions, a naval United Nations Interim Force In Lebanon was established. It contributes grandly to helping the Lebanese naval forces extend the state’s authority in its territorial waters. In accordance with unified maritime operational procedures, the role of UNIFIL in Lebanon was defined as follows: Its naval force operates outside the borders. It provides the Lebanese Navy’s operations with any information about the targets that are monitored in its field of operations. It also responds to the Lebanese Navy’s request in some cases to ascertain a target that has left the territorial waters.

Through these procedures, all maritime operations were organized, which resulted in monitoring a large number of suspicious ships and boats within the territorial waters, especially those loaded with illegal immigrants. The procedures call for the Lebanese Navy to then inspect them and take legal action to rescue those onboard.

How is the Navy contributing to securing maritime borders? Has it reached a point where it can maintain complete protection of the western border — the country’s only coast?

The Lebanese Navy works around the clock and in various climatic conditions to secure the country’s maritime borders, despite the modest capabilities when compared to the length of the Lebanese coast. The service uses] a radar network to monitor the water surface and monitor all targets within the territorial waters, from the Arida area in the north until the Naqoura town in the south and up to 20 miles in the west — that is, beyond the borders of the territorial waters. There are also] a series of continuous naval patrols along the Lebanese coast, ready for immediate intervention, while keeping reserve patrols ready to support those in the sea.

As the country searches for oil, what defensive capabilities and equipment does the Navy need to support the effort? How do you intend to counter asymmetric threats, and what are the existing and prospective countermeasures?

With the possibility of initiating an oil exploration process, the Navy has developed a long-term strategic plan aimed at developing its operational, technical and logistical capabilities through the opening of training courses at home and abroad to qualify troops for upcoming challenges. The Navy is also working to increase its end strength and specializations].

We intend to procure new combat equipment and vessels. And most importantly, we plan to equip them with advanced weapons and long endurance capability] with the aim of protecting the interests of the state in the exclusive economic waters.

Regarding the asymmetric threats, we launched a long time ago workshops and training courses to lay down the basic principles for dealing with small terrorist groups, pirates or even smugglers. On this basis, a series of countermeasures were taken to raise the level of reconnaissance and early warning operations through the network of naval radars and through permanent coordination with Navy intelligence, Army intelligence and the rest of the security services. In addition to this, we have intensified the naval patrols. All these measures contributed to stopping a large number of smuggling boats, arresting those inside and handing them over to the authorities.

What exercises do you plan to conduct with foreign navies?

The annual joint exercise Resolute Union, which was carried out this year from May 17 to May 28 with units of the U.S. and Jordan, simulated the task of raiding a ship under the control of a terrorist group, and taught forces] how to eliminate terrorists while preserving innocent lives.

How many operational vessels does the Navy currently operate, and how many radar stations does it have along the coast?

The Navy is currently evaluating all its vessels and comparing the cost of maintenance with the returns, taking into account the tasks that must be performed. The aim is to set] a timetable of expected dates for the implementation of removing] very old vessels from service].

As for the maritime vessels currently used to carry out missions, they are the rigid hull inflatable boats from the U.S. and France. These boats are equipped with various types of weapons, medium and light, such as the Oerlikon 20mm cannon, the Nexter 15A and 20A naval guns, and mortars. There are currently 10 radar centers spread along the Lebanese coast from north to south, equipped with modern radars. The image is transmitted through microwaves to the main network center at the naval forces command.