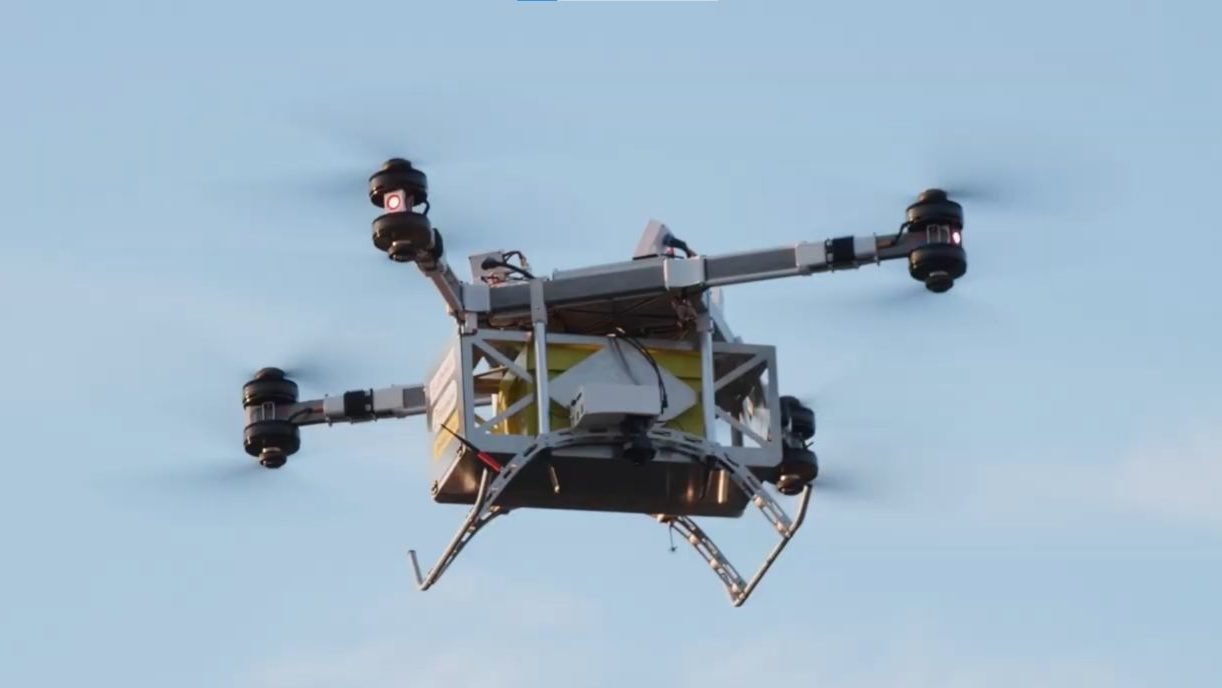 Leonardo has completed the first phase of its "Sumeri Moderni" drone-based-delivery tests in Turin, focusing on “middle mile delivery”.

In logistics, “middle mile” refers to a product or parcel’s journey from the distribution centre to the individual retail store, usually involving moving heavy batches of goods. The latest trial follows the success of the company’s “Sumeri: Si Salpa!” experiment last February, which culminated in the airborne transport of heavy goods via drone in an urban environment. In the new project, drones flew over urban areas with varying levels of population density, representing the logistical requirements of middle mile delivery.

Leonardo’s Sumeri project was launched in 2018. It aims to encourage the development of the advanced air mobility market via technological experimentation in the delivery of operations and services via drones. In doing so, Leonardo is enabling new concepts of advanced air mobility in line with the Italian Civil Aviation Authority (ENAC)’s National Airspace Strategy, which was recently published in collaboration with major Italian industry stakeholders including Leonardo, Telespazio and ENAV.

The recent Sumeri Moderni trials in Turin were conducted with partner companies Poste Italiane and FlyingBasket and were authorised by ENAC. They saw remotely-piloted drone aircraft safely flying routes of between 15 and 50km while carrying heavy loads. The aircraft used for the trials was an electric FB3 VTOL (Vertical Take-Off and Landing) cargo drone built and operated by Italian start-up FlyingBasket, which can carry up to 100kg. Leonardo has a commercial and technological collaboration with FlyingBasket and the two companies are working together with a shared open innovation mindset.

A number of the trial’s ground and flight test elements centred on a Poste Italiane sorting centre and saw the drone flying over the Basse di Stura landfill site in Turin which was made available by Amiat, an Iren Group company. These trials focused on the handling of heavy goods, the ability to load and unload the drone in the logistics operator’s hub and evaluating the potential technological and procedural impacts of such flights, as well as acceptance by the public. This testing is being done in preparation for regulations which relate to flying remotely-piloted aircraft in dedicated airspace (called U-Space). U-Space is being developed by D-Flight, an ENAV group company, in partnership with Leonardo and Telespazio. Relevant EU legislation is expected to be implemented in 2023. Airspace management procedures have also been tested in coordination with ENAC, with the aim of addressing some of the challenges identified in the organisation’s National Strategic Plan for Advanced Air Mobility.

The FB3 VTOL drone used in Sumeri Moderni is small, efficient and has a flexible footprint, making it suited for operations at both large logistics hubs and secondary sorting centres. During the trials, it transported a series of significant loads over rivers on the outskirts of Turin. It also demonstrated its ability to release its load via cable, an important feature that gives the drone the ability to connect areas which are difficult to reach or do not have dedicated infrastructure for landings. Leonardo collaborated with ENAC and the Municipality of Turin, under its partnership agreement with the Torino City Lab innovation laboratory, allowing flights to be carried out safely in a representative environment.

The explosive growth of e-commerce has generated a need to increase capacity while reducing delivery times. Large cargo-carrying drones present a promising answer to this challenge. A combination of high load capacity, high levels of automation and advanced air traffic management services will make it possible for such drones to deliver sustainable logistics in cities, speeding up deliveries while also reducing congestion on the ground.

The Sumeri Moderni trials represent the next step towards a model of air transport logistics which will see hundreds of kilos of goods flying over densely-packed populated areas, all controlled remotely from beyond the pilot’s line of sight. To make this vision a reality, Leonardo will be drawing on its expertise in aeronautics, in the design and production of drones, in the management of air traffic via high-tech systems and its ability to ensure the safe conduct of operations. Poste Italiane will contribute its capabilities in logistics and experience in the parcel delivery market. Together, it will be possible to offer value-added services to communities which are based on latest-generation technologies, including for emergency response situations.