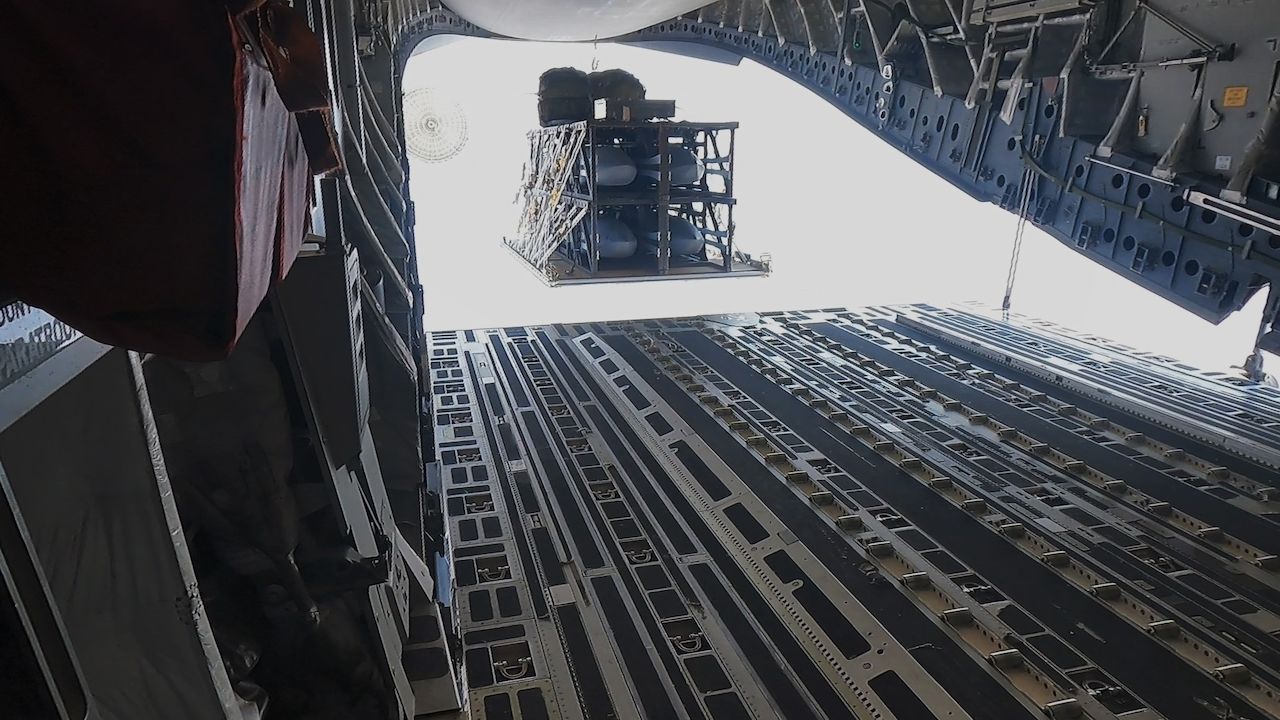 “They are a big step toward showing the feasibility of the palletized munitions concept and the ability of mobility aircraft to augment the strike capacity of tactical fighters and strategic bombers,” he added.