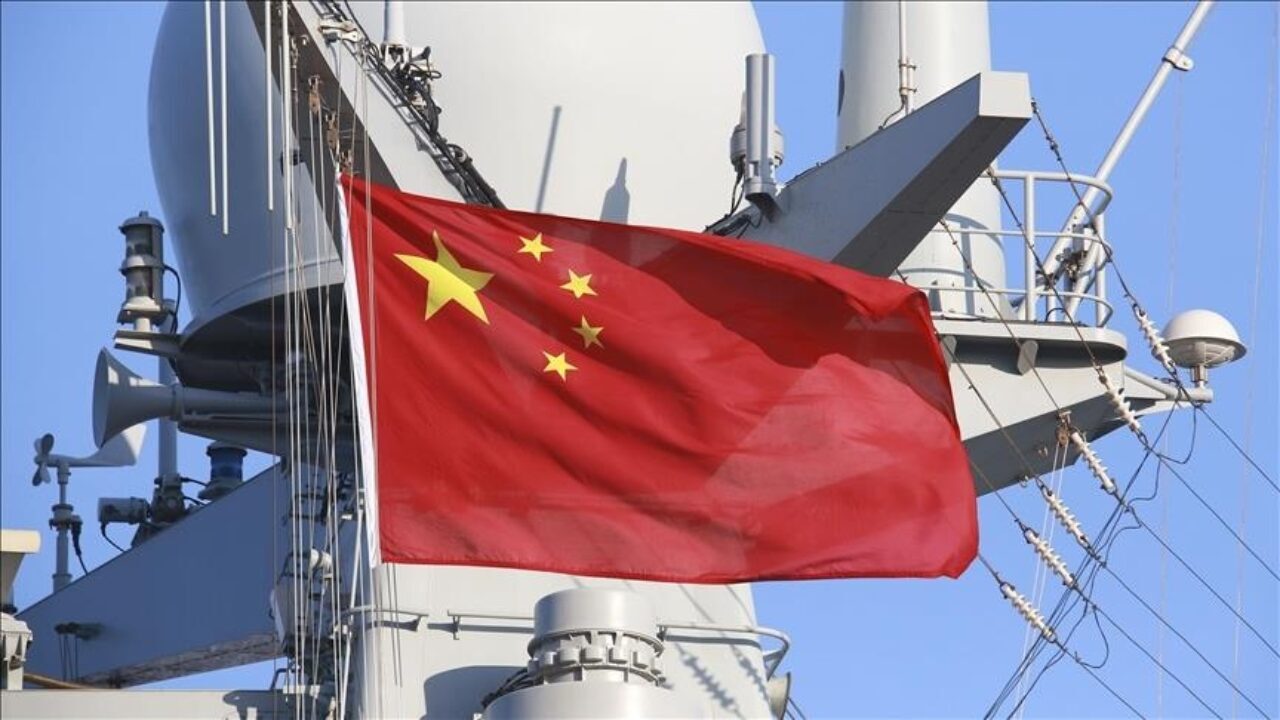 China's Ministry of Defense on Thursday described its massive military operations around Taiwan since early August as "open and transparent," and said the steps were taken as a warning to disruptors in the Taiwan Strait.

“The causes and consequences of the current situation in the Taiwan Strait are clear, and the right and wrong are clear at a glance,” said Tan Kefei, a spokesperson for the ministry, at a news conference in Beijing.

The Chinese People's Liberation Army (PLA) military exercises around the self-ruled island are "open, transparent, professional, and moderate," said Tan, a senior colonel of the PLA.

“They are a warning response to provocateurs and disruptors, and a legitimate and just move to resolutely defend national sovereignty and territorial integrity,” according to a transcript of his press conference released by the ministry.

The PLA launched unprecedented military exercises surrounding Taiwan, home to over 24 million which China considers its “breakaway province,” after US House Speaker Nancy Pelosi landed in Taipei on Aug. 2 on an unannounced trip.

The land, air and naval exercises continued for several days, with the PLA even launching ballistic missiles, some of which flew over Taiwan into waters that Japan claimed belonged to them.

“The PLA drills around China's Taiwan island are warnings and countermeasures to those who provoked and stirred up trouble and the drills are rightful moves to safeguard national sovereignty and territorial integrity,” Tan said.

He said the causes and consequences “of the current situation in the Taiwan Strait are clear, and the right and wrong are clear at a glance.”

“As the initiator of this crisis, the United States should and must take full responsibility for it. The US side should earnestly abide by the one-China principle and take immediate measures to correct its mistakes, instead of further escalating tensions across the Taiwan Strait,” the spokesperson said.

A ministry statement said nine of the detected aircraft had flown across the median line and air defense identification zone (ADIZ) – the imaginary mid-line that bifurcates the Taiwan Strait.

On scheduled joint military drills between the US and India near the Chinese border in India’s Uttarakhand state in October, Tan said Beijing “firmly opposes any third party to meddle in the China-India border issue in any form.”

“China has always stressed that military cooperation of relevant countries, especially on exercises and training activities, should not be targeted at any third party, but rather serve to help maintain regional peace and stability."

American and Indian troops will hold military exercises at an altitude of 10,000 feet (3,048 meters), focusing on high-altitude warfare training, in Uttarakhand, less than 100 kilometers (62 miles) from the Chinese border.

Since May 2020, China and India have been at odds over border demarcation along the Line of Actual Control (LAC) in the disputed Ladakh region in Jammu and Kashmir.

Moreover, the two neighbors regularly come into conflict over border lining in the latter's northeastern provinces.

“The China-India border issue is a matter between the two countries. Both sides have maintained effective communications at all levels and agreed to properly handle the situation through bilateral dialogues,” Tan said, emphasizing that under the agreements signed by China and India in 1993 and 1996, “neither side is allowed to conduct military exercise against the other in areas near the LAC.”

Urging India to keep its commitment, he said: “It is hoped that the Indian side will strictly abide by the important consensus reached by the leaders of the two countries and the relevant agreements, uphold its commitment to resolving border issues through bilateral channels, and maintain peace and tranquility in the border area with practical actions.”