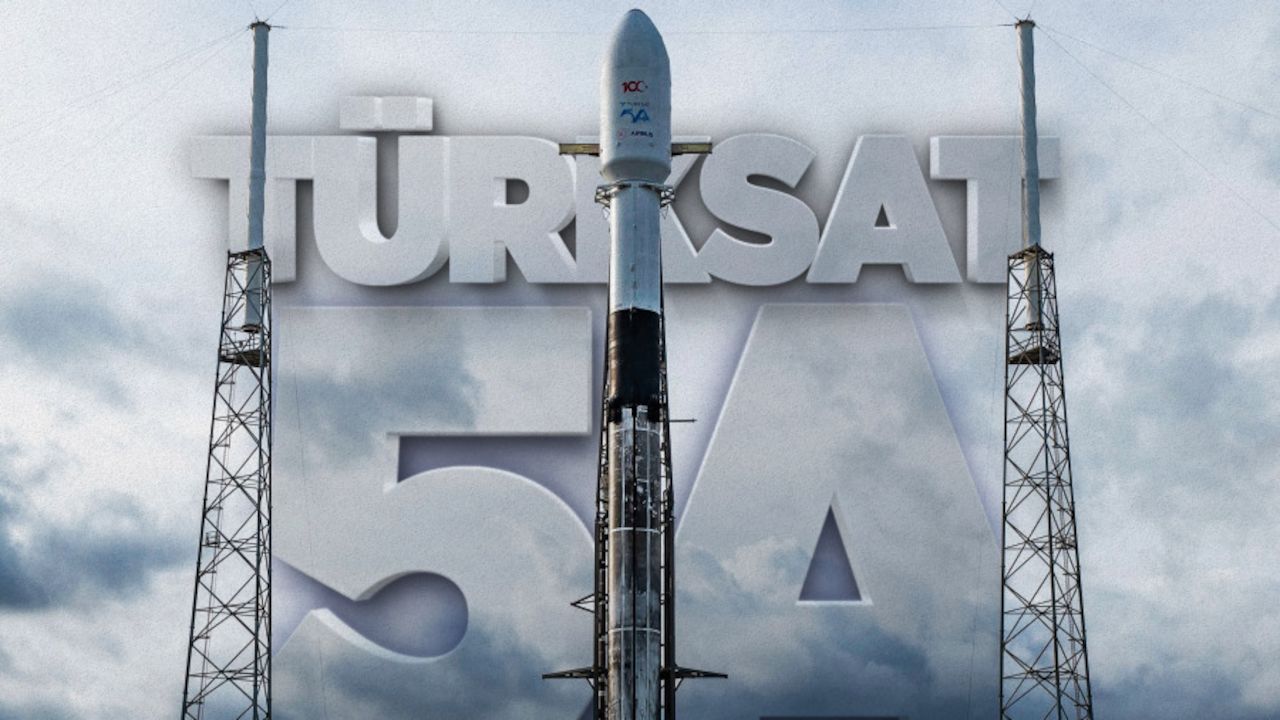 The company’s Falcon 9 rocket launched from Space Launch Complex 40 at Cape Canaveral Air Force Station in the US state of Florida, carrying the Turksat 5A satellite.

The satellite will settle into orbit in four months and start service in the second half of 2021, according to Turkey’s Transport and Infrastructure Ministry, which said the nation’s frequency and orbit rights are guaranteed for the next 30 years.

In a statement by Türksat, the company gave more information about its latest satellite 'Türksat 5A', as well as an overview on the process of launching satellites. The company also introduced SpaceX's falcon 9 roket on which the Türksat 5A satellite will be launched.

What is Türksat 5A?

Türksat 5A is a TV broadcast and data communications satellite for commercial use that will operate in a geostationary orbit, covering Turkey, Europe, Middle East, North Africa, Central West Africa, South Africa, as well as the Mediterranean, Aegean and Black Seas.

Is Türksat 5A flying with an already used Falcon 9 first stage booster? Which mission is this for the launch vehicle?

Yes - Türksat 5A will be the fourth mission for this booster, which previously supported the GPS III Service Vehicle 3 mission in July of 2020, as well as two Starlink missions - one in September and the other in October of last year.

How did Falcon 9 get its name?

Falcon 9 is named after the “Millennium Falcon” from Star Wars. The number “9” indicates the number of Merlin 1D engines on the first stage.

How many Falcon 9s have successfully launched?

To date, SpaceX has successfully launched 102 Falcon 9 and three Falcon Heavy missions, totaling 105. Türksat 5A will be the first mission in 2021 for SpaceX, 103rd Falcon 9 mission, and 106th overall mission. Following stage separation, SpaceX will land Falcon 9’s first stage on the “Just Read the Instructions” drone ship, which will be located in the Atlantic Ocean.

What is a payload fairing?

The fairing is a covering made of carbon fiber that protects the payload (in this case, the Türksat 5A satellite) on ascent. After first and second stage separation, the pneumatic system along the vertical seam of the fairing pushes the two fairing halves open for satellite deployment. The fairing alone is just over 17 feet long – large enough to hold a school bus!

Yes! Similar to Falcon 9’s first stage, the fairing is designed to be fully reusable and features steerable parachute systems on both halves for recovery operations.
For Türksat 5A, both fairing halves are being flown for the second time. After payload deployment, we’ll attempt to only catch one fairing half with our recovery vessel Ms. Chief, while Ms. Tree will retrieve the other half via a wet recovery.

There are two types of Merlin engines – the first type is the Merlin 1D engine (sea level) – nine of these are located on Falcon 9’s first stage. A single Merlin engine emits 190,000 lbs. of thrust at liftoff. With the highest thrust-to-weight ratio of any booster engine – 155:1 – each Merlin 1D engine can lift a weight equivalent to about 40 average cars.

The second type of engine, the Merlin Vacuum, features a larger exhaust section and a significantly larger expansion nozzle to maximize the engine’s efficiency in the vacuum of space. At full power, the Merlin Vacuum engine operates with the greatest efficiency ever for an American-made hydrocarbon rocket engine.

What is the total thrust of the rocket at launch and the needed thrust and speed to exit the earth's gravity?