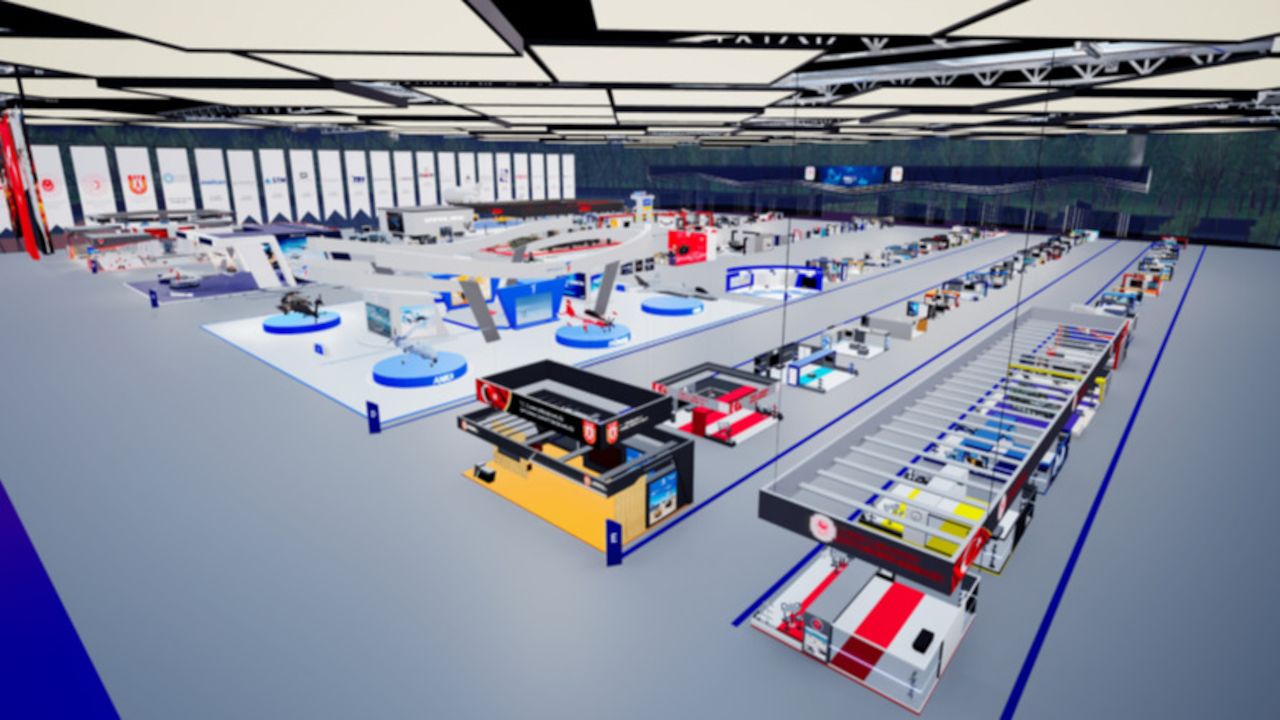 In the world's first 3D defense industry fair, SAHA EXPO, 536 3D products were introduced with the participation of 290 companies.

SAHA EXPO, the world's first 3D defense industry fair organized by SAHA Istanbul, which was established with the aim of developing national systems in the defense industry, civil aviation, and space sectors, ended on the 9th of May. In the online fair which was extended until May 9, 2021 upon strong demand; 290 companies displayed 536 products in 3D. More than 32 thousand B2B meetings were held at the fair, where Turkey's national defense industry products were displayed to the world and visited by more than 115 thousand people. The second edition of SAHA EXPO Defense, Aerospace and Space Industry Fair will be held at Istanbul Fair Center on 10-13 November 2021.

SAHA EXPO, which brought a new breath to the traditional defense industry fair concept of SAHA Istanbul and hosted many companies of the sector, closed its doors while witnessing high interest. The fair, which brought together the industrialists of the sector, technology developers and domestic and foreign procurement committees that want to purchase the products, was visited by more than 115 thousand people consisted of 98 thousand locals and 17 thousand foreigners. 32,832 B2B meetings were held at the fair where 290 companies introduced 536 products in 3D.

At SAHA EXPO, where Turkey's defense industry was transferred to the virtual world, 102 companies exhibited 3D products on the first day. This number had reached up to 290 with the broad participation of visitors. Again, the number of 355 products displayed on the first day had increased to 536.

Making evaluations about the fair, Haluk Bayraktar, Chairman of the Board of SAHA Istanbul, said, "We had the chance to show the domestic production potential of Turkey in defense, aviation, maritime and space industries to the world with our fair led by SAHA Istanbul. Since our fair received a high number of visits, we extended the end date of 9th of April until the 9th of May. Many companies and state representatives that are constituting the important actors of defense industry from North and South America, Europe, Middle East, North and Continental Africa, Far East, Ukraine and Russia visited our fair. We displayed the products produced by the sector players and that were not introduced anywhere before at our fair. Thanks to our fair, we have finalized collaborations that are going to make a significant contribution to our national technology move. Our cluter will carry on adding new activities that are going to increasingly contribute to the sector and the National Technology Move."

BİTES, a member of SAHA Istanbul and an ASELSAN company, developed the virtual fair application XperExpo specially designed for the fair. Thanks to the application, the participants had the opportunity to visit the stands and see the products and catalogs in the fair that consisted of three main halls. Participants also watched promotional videos of products and companies and were able to participate in mutual video conferences. The products and systems developed by hundreds of companies in the defense and aviation industry, especially Akıncı Offensive Unmanned Aerial Vehicle, Cezeri, ATAK helicopter, National Combat Aircraft, TB2 and missile systems, were introduced. TJ 300 and PG 50 engines, known as Turkey's aviation engines; SAR 762 MT and SAR 127 MT guns were displayed for the first time at SAHA EXPO.

The second of the SAHA EXPO Defense, Aerospace and Space Industry Fair, the first of which was held in 2018, will be held at the Istanbul Fair Center on 10-13 November 2021. The fair will bring together the main platform manufacturers, suppliers which produce for the defense, aviation, maritime and space industries, and companies that want to take part in these sectors. Visitors and procurement committees from many countries including Europe, America, Africa, the Middle East, Ukraine, Russia, Malaysia, Indonesia, Bangladesh and India will attend the fair, which will be held in an area 5 times larger than 2018, and where many international agreements will be made.