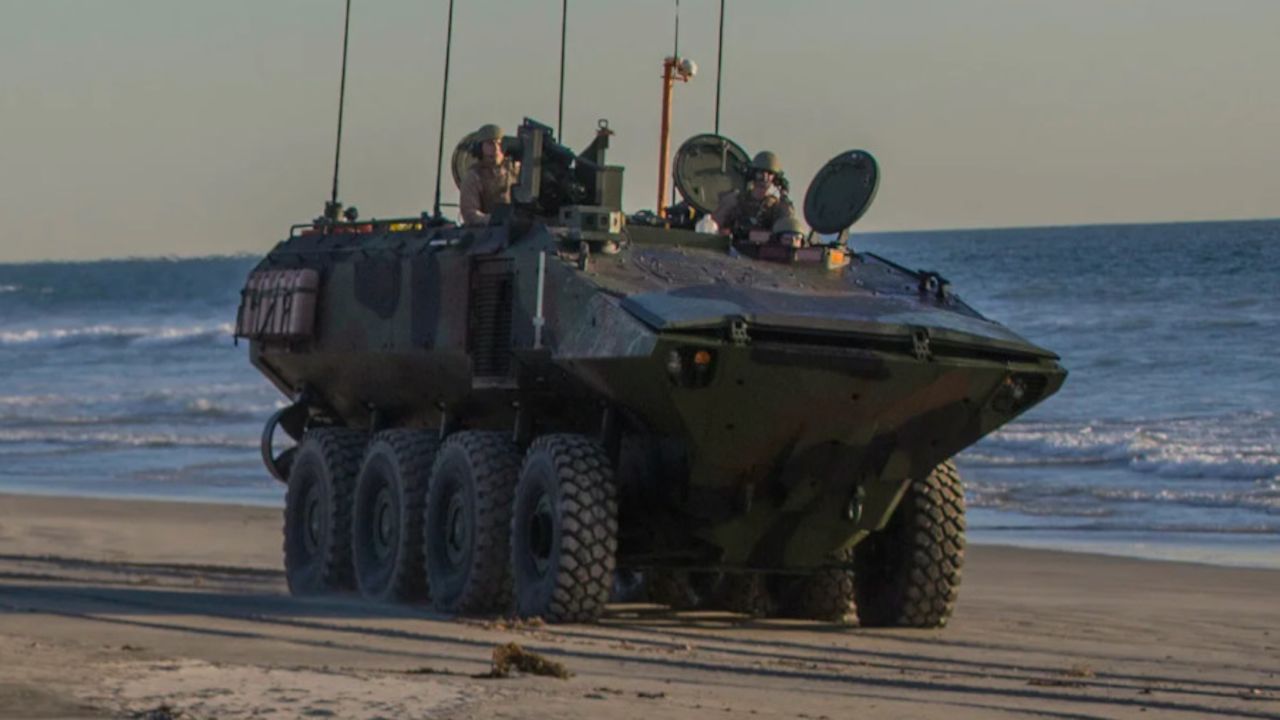 According to pictures released to the U.S. Defense Department of Defense on November 4, 2020, the new Amphibious Combat Vehicle (ACV) was officially introduced in the U.S. Marine Corps (USMC) during a ceremony that was held at Marine Corps Air Ground Combat Center Twentynine Palms, California, on November 4, 2020. The ACV will replace the current Amphibious Assault Vehicles.

In 2015, after the USMC (U.S. Marine Corps ) issued a Request for Proposal for the ACV program, our company was awarded one of two Engineering, Manufacturing, and Development (EMD) contracts to produce 16 prototype ACV vehicles with teammate Iveco Defence Vehicles. At the time of the award, our solution had already undergone extensive testing including water and land mobility, ship launch and recovery, and survivability.

The Marine Corps selected BAE Systems along with teammate Iveco Defence Vehicles for the ACV program to replace its legacy fleet of Assault Amphibious Vehicles, which have been in service for decades and were also built by BAE Systems.

In December 2016, BAE Systems rolled out the first of the 16 prototypes to the USMC ahead of schedule. This significant milestone for both our company and our Marine Corps customer was honored during a ceremony held at our York, Pennsylvania manufacturing facility. Several BAE Systems’ facilities contributed to the development and manufacturing of the 16 ACV prototypes, some of the facilities include Aiken, South Carolina; Anniston, Alabama, Quantico, Virginia; San Jose, California; and York, Pennsylvania.

In June 2018, the U.S. Marine Corps has awarded BAE Systems a $198 million contract to deliver an initial 30 Amphibious Combat Vehicles (ACV), with options for a total of 204 vehicles which could be worth up to $1.2 billion.

The ACV is a highly mobile, survivable and adaptable platform for conducting rapid ship-to-shore operations and brings enhanced combat power to the battlefield. BAE Systems has been in low-rate production since 2018 on the personnel carrier variant in the ACV family, which is envisioned to consist of additional variants including command and control, 30mm medium caliber turret, and recovery versions.

The ACV provides exceptional mobility in all terrains, and blast mitigation protection for all three crew and 13 embarked Marines, along with other improvements over currently fielded systems. The new vehicle is an advanced 8×8 open ocean-capable vehicle that is equipped with a new 6-cylinder, 700HP engine, which provides a significant power increase over the Assault Amphibious Vehicle, which is currently in service and has been in operation for decades. The ACV is also adaptable to accommodate growth for future technologies or requirements.