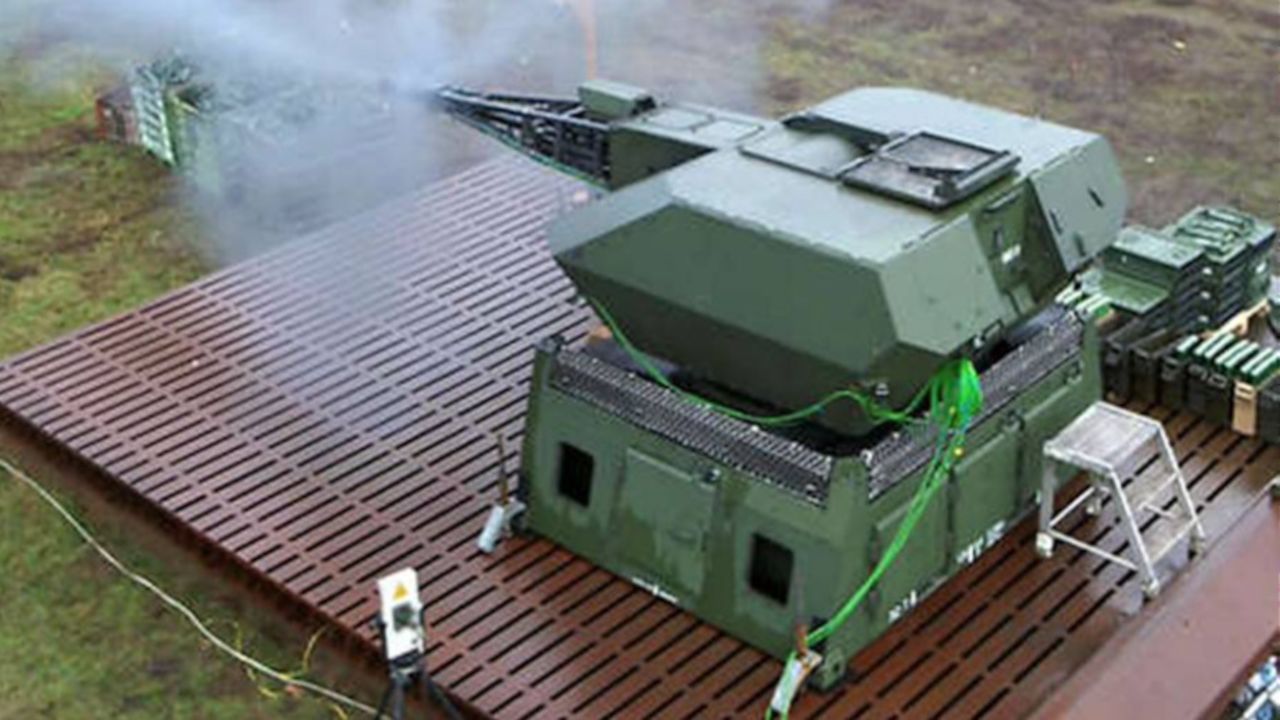 Mantis is called “Modular, Automatic and Network-Capable Targeting and Interception System”. It consists of several sensor units, an operating and fire control center and several turrets. "Mantis was procured in 2011 to protect German military camps abroad and can fight threats coming from the air with up to six 35 mm automatic guns," explains Heiko Meissner. Each of these guns can fire up to 1,000 rounds per minute.

However, before the new cannons can be delivered to the Air Force, the quality of the new production series must be examined by the WTD Defense Technology Office 91. "We shoot until the bores break and measure beforehand, in between and afterwards in order to check the properties and performance data of the new borees", Heiko Meissner explains the process.

The Defense Technology Service for Weapons and Ammunition tests the behavior of the bores with the most modern sensors. Only if the bores can withstand the high number of rounds fired is the protection of the soldiers guaranteed.

Numerous areas of WTD Defense Technical Service 91 are involved. “Our workshops welded and built. The measurement technicians are there and have X-rayed the bores. The ammunition arsenal and the weapons technicians were on site and many more, ”says Meissner, listing his helpers. "Not to forget the manufacturer, who has been actively supporting us with the implementation for weeks."

Heiko Meissner himself can also rely on his many years of experience as a soldier. "Until 2009, I was deployed in the Lorup ammunition store," says the native of Lingen. "Since then, I've been with WTD Defense Technology Service 91 in Meppen." In addition to Mantis, he is also responsible for the tests relating to the new Puma armored personnel carrier. “I won't get bored,” says the technical officer with a smile.

Around 4,000 rounds and several bores have been used up at the end of the Mantis tests. The results are now reported by Meppen to the Federal Office for Equipment, Information Technology and Use of the Bundeswehr in Koblenz, which is responsible for procurement. There is now a short break for the perforated targets. "Our gun here has already fired a total of 22,000 rounds and now deserves a break," says Heiko Meißner and looks satisfied again through the smoke at the perforated target.