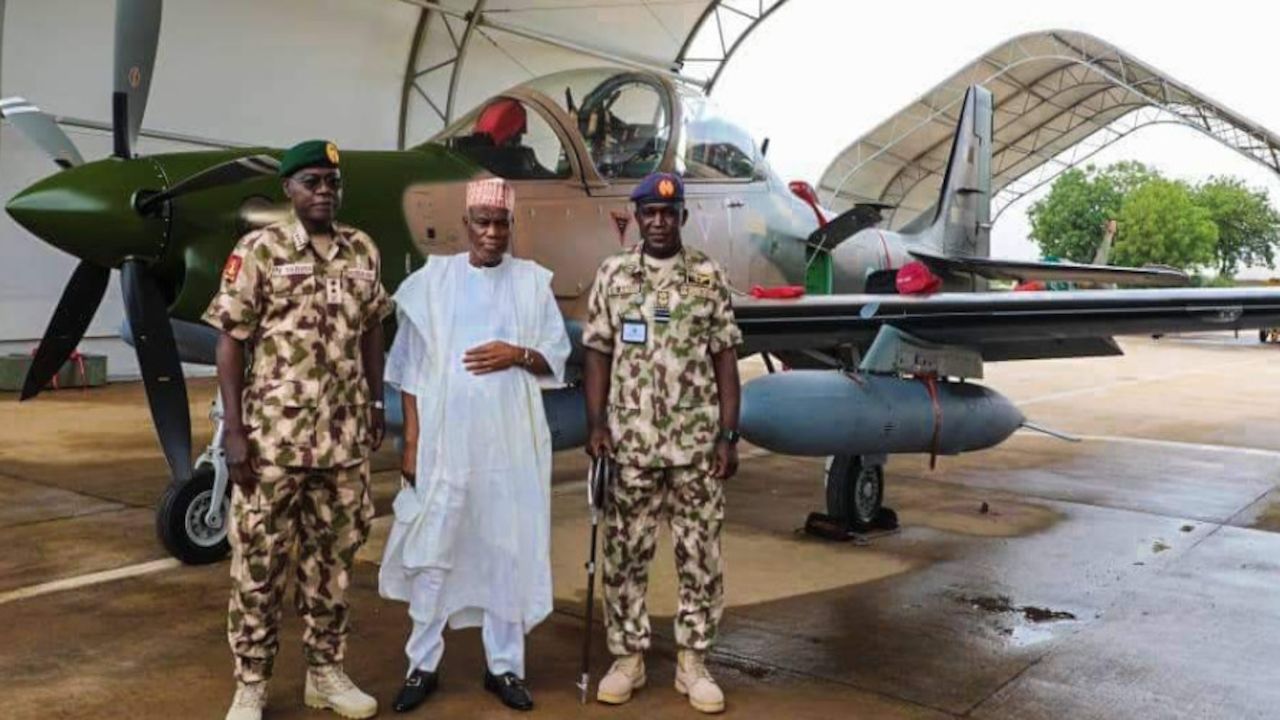 Nigeria has received the first batch of  A-29 Super Tucano aircraft procured from the United States of America.

Gabkwet said the second batch of the A-29 Super Tucano is expected to arrive in the country before the end of the year.

The governor of the Central Bank of Nigeria  (CBN), Godwin Emefiele had some months back hinted that the West African nation was expecting the fighter planes from the US as the country steps up efforts to combat insecurity.

“About three years ago, the federal government and the United States signed a pact that resulted in a government to government acquisition of military equipment out of which we are expecting twelve Tucano aircraft or fighter planes that will help combat insecurity,” the apex bank boss explained during a two-day Monetary Policy Committee meeting in Abuja where he also expressed optimism that Nigeria will overcome its security challenges.

“I am aware that six of them are coming to the country in the months of July and August.”

Former US President, Donald Trump had confirmed the sales of the fighter planes to Nigeria during a 2018 meeting with his Nigerian counterpart, Muhammadu Buhari.

“We are also helping our Nigerian partners by facilitating intelligence, cooperation, and providing training and military equipment to Nigerian forces,” Trump had said after bilateral talks in the White House.

“For example, we recently sold Nigeria 12 US A-29 Super Tucano aircraft, great aircraft, in the first-ever sale of American military equipment to Nigeria.

“This new aircraft will improve Nigeria’s ability to target terrorists and protect civilians.”

Already, airforce authorities have started training personnel to handle the new Tucano aircraft which it says is the most critical airpower component that must be enhanced and sustained for effective and efficient performance.

“On the A-29 Super Tucano aircraft, the CAS stated that about 60 NAF personnel, comprising pilots, engineers, technicians, and other specialists, have completed their training on the aircraft in the USA,” Gabkwet said following the winging ceremony of six new helicopter pilots who recently completed their basic flying training at Draken Helicopter Academy in the United Kingdom.

The arrival of the aircraft is a major boost to the country where mass abduction of students, banditry, and terrorism have become commonplace in northern Nigeria, and separatist movements have gained momentum in the south.