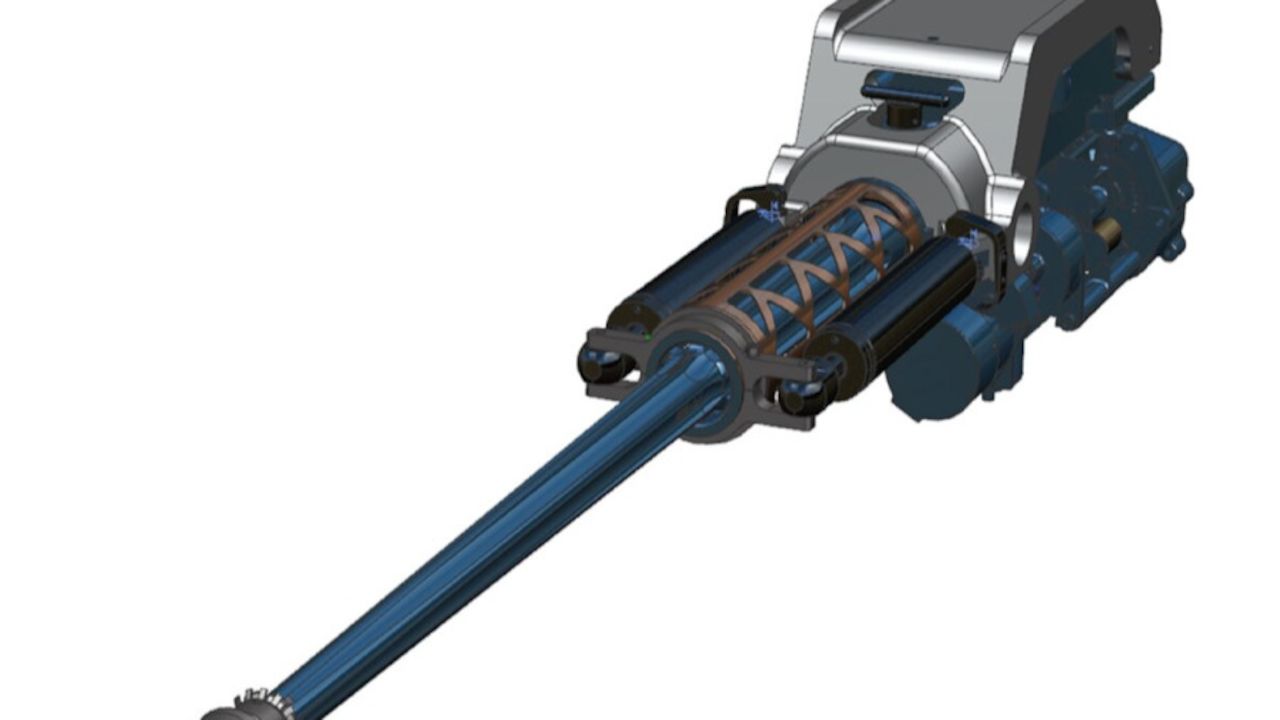 Northrop Grumman is initiating the build of a first production representative prototype of its 20mm chain gun dubbed “Sky Viper” for the U.S. Army to evaluate for Future Vertical Lift aircraft, the company said March 10 during a media briefing.

The service is already deep into the evaluation of another 20mm weapon system — the XM915 Gatling gun from General Dynamics Ordnance and Tactical Systems — but also plans to conduct a similar evaluation of Northrop’s Sky Viper that will help it decide what type of gun system is best for the Future Attack Reconnaissance Aircraft (FARA).

FARA, along with the Future Long-Range Assault Aircraft (FLRAA), are expected to be fielded in the 2030 timeframe as part of a complete Future Vertical Lift architecture to include Air-Launched Effects and other capabilities.

The Army plans to equip FARA with a 20mm cannon of its choosing regardless of what aircraft is ultimately chosen for the mission.

Both the GD XM915 gun and the Sky Viper are being evaluated and tested through the Army Combat Capabilities Development Command Armaments Center (DEVCOM AC), which is partnered with both companies and funding each effort.

“This 20mm cannon is intended to provide superior performance when compared to other legacy Gatling guns that are used on the market,” Quinn Canole, Northrop’s Guns Operating Unit deputy director, said during the briefing.

The gun is based on the M230 cannon currently installed on the AH-64 Apache attack helicopter but “we’re also integrating newer technologies, modern technologies to reduce the overall weight and recoil of the system so that we can ensure that we’re meeting the FARA requirements,” Canole said.

Northrop is pursuing chain gun technology over other weapon systems because it is reliable, easy to maintain and has “superior accuracy,” Canole said.

When Northrop acquired Orbital ATK in 2017 it took in its Bushmaster family of chain guns.

The new gun will offer increased stowed kills and reduce ammunition loadout, Canole added. And by introducing new technologies, the company will lower the recoil loads taking the stress off the aircraft.

The new gun is expected to increase the rate of fire that is seen now on the Apache.

The company is taking experience from its suite of advanced ammunition technologies like the 30mm ammunition line to develop 20mm projectiles “with significantly improved lethality against a range of targets including troops, unmanned aerial vehicles], rotary- and fixed-wing assets and other assets in the deep battle space,” Canole said.

The cannon has completed initial design reviews with DEVCOM, according to Canole, and primary modeling and functional testing has been completed. “To go into a little bit more detail on that, we have performed risk reduction testing on non-firing prototypes. We have physical prototypes, we’ve been able to function and ensure that all of the subsystems of the weapon are operating the way we intend them to,” he said.

Once the first production article is built, the company will transition into full-scale live firing in the late spring or early summer, Canole said, and will hand it over to the government to go into additional testing.

The Army will ultimately evaluate both weapon systems from GD and Northrop to make a decision on the path forward, taking into account size, weight, power, accuracy and which one can most seamlessly integrate into the whole platform.

Compared to a Gatling gun, which Canole said is primarily geared toward area suppression, “ours is geared toward a high degree of accuracy, so essentially, fewer shots fired and more shots hitting the targets.”

Testing and evaluation of the GD gun is already well underway. Brig. Gen. Wally Rugen, who is in charge of Army Future Vertical Lift modernization, told Defense News in a recent interview that the cannon had fired 7,000 rounds at the Ethan Allen firing range in Bolton, Vermont, in December 2020.

The Army plans to fire off another 150,000 rounds this fiscal year at Aberdeen Proving Ground, Maryland.

The service also plans to bring the GD gun to Project Convergence 2021 later this year.