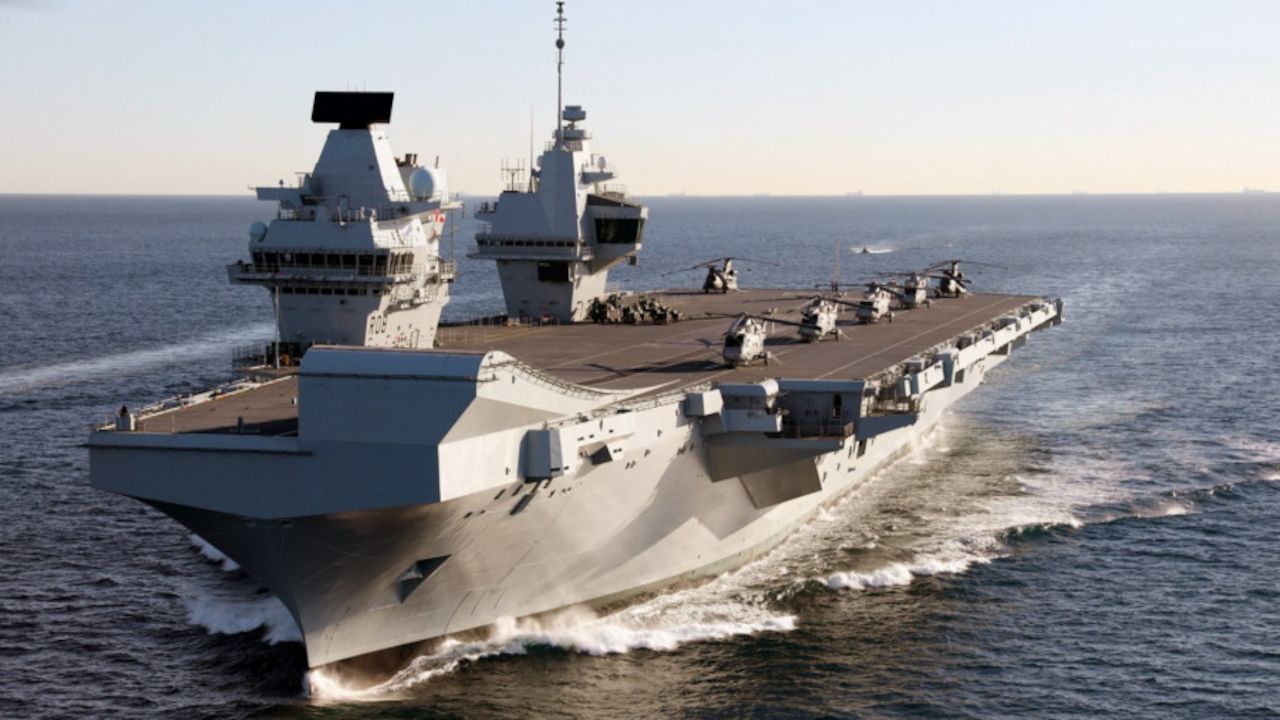 The UK has relaunched a £1.6 billion ($2.27 billion USD) competition to build three logistic ships to support the deployments around the world of the Royal Navy aircraft carriers and other surface ships.

The Ministry of Defence issued a contract notice inviting companies to register an interest in bidding for the work to replace aging Fort-class logistics vessels.

A contract to build the ships, known here as fleet solid support vessels, is expected to be awarded within two years the MoD said in an announcement May 20.

Construction of the ships have been at the center of a long running row between the government, politicians and unions about the extent to which international shipyards should be involved in a program that many believe should be reserved for British industry.

At one stage the government was, bizarrely in many peoples’ view, claiming the vessels were not warships and therefore had to be procured under international procurement rules instead of reserving the deal for British industry as allowed.

A controversial international competition was abandoned in late 2019 with the Ministry of Defence claiming the process had failed to generate a value for money bid.

Now the competition valued at around £1.6 billion has been launched again.

With the government committing to a revitalization of British military and commercial shipbuilding, ministers late last year signaled that this time around a revised procurement policy for the logistics ships would require a “significant” portion of the work to be undertaken locally and any international teaming being British-led .

That prompted Spanish shipyard Navantia to announce a tie up with Harland & Wolff in Belfast, Northern Ireland and Bath, west England, warship designer BMT to announce a partnership under the Team Resolute banner.

Team Resolute is expected to be among the partnerships declaring an interest in the new procurement effort.

BMT has already supplied the design for four South Korean built oilers now in operation with the Royal Fleet Auxiliary.

The new announcement again referred to a “significant” portion of work required to be undertaken by British industry, but did not yet spell out what that entails.

It also makes no mention of the bids having to be British-led, as it did earlier. The MoD though expects to award the contract to a British company alone or as part of a consortium

The announcement stated that the successful bidder “can work in partnership with international companies, but would be required to integrate the ships in a UK shipyard.”

One industry executive, who asked not to be named, said he hoped the MoD hadn’t resorted to weasel words in order to keep their options open on the extent international competition .

“The worst case scenario on integration could involve the hull being built offshore and the fitting out undertaken in the UK.

“With publication of a refreshed national shipbuilding strategy close, a strong commitment to a British built warship program now would be a golden opportunity to rev up skills and capabilities locally ahead of publication of a 30 year requirements plan for the Royal Navy and Royal Fleet Auxiliary,” he said.

Part of the revised shipbuilding strategy will involve laying out warship construction requirements over a 30 year timescale to help industry to plan ahead.

The trade unions, which have campaigned fiercely for a buy British policy on the logistics ships, urged the government to get a move on with the contract award.

Ross Murdoch, the National Officer for the GMB union said: “The restart of the procurement process is not just needed – it is long overdue. Ministers must end the delays that have dogged this program because our yards are crying out for work.”

“Ministers talk about supporting UK shipbuilding, but they are setting UK yards against each other. Despite the grand words about making the UK into a ‘shipbuilding superpower,’ there is still no requirement that the bulk of the work will be fulfilled domestically,” he said.

“That’s why we are calling for the Government to favor a collaborative approach which makes use of the specialist skills in yards across the UK,” said Murdoch.

Vice Admiral Chris Gardner, director general ships at the MoD’s Defence Equipment & Support procurement organization said: ”The launch of the Fleet Solid Support competition presents a really exciting opportunity for the shipbuilding industry to support the design and build of a new class of ship that will primarily resupply our Queen Elizabeth Class aircraft carriers.

“It is also another step in implementing the National Shipbuilding Strategy and increasing our domestic maritime construction capacity and capability alongside the Type 26 and Type 31 (frigate) program already underway,” he said.

The logistics ship announcement by defence secretary Ben Wallace comes hours ahead of the British embarking on their first operational deployment of a carrier strike group led by HMS Queen Elizabeth.

The carrier along with Royal Navy warships, a nuclear submarine ,logistics ships, and U.S. and Dutch warships, is deploying to the Indo-Pacific region via the Mediterranean and the Middle East .