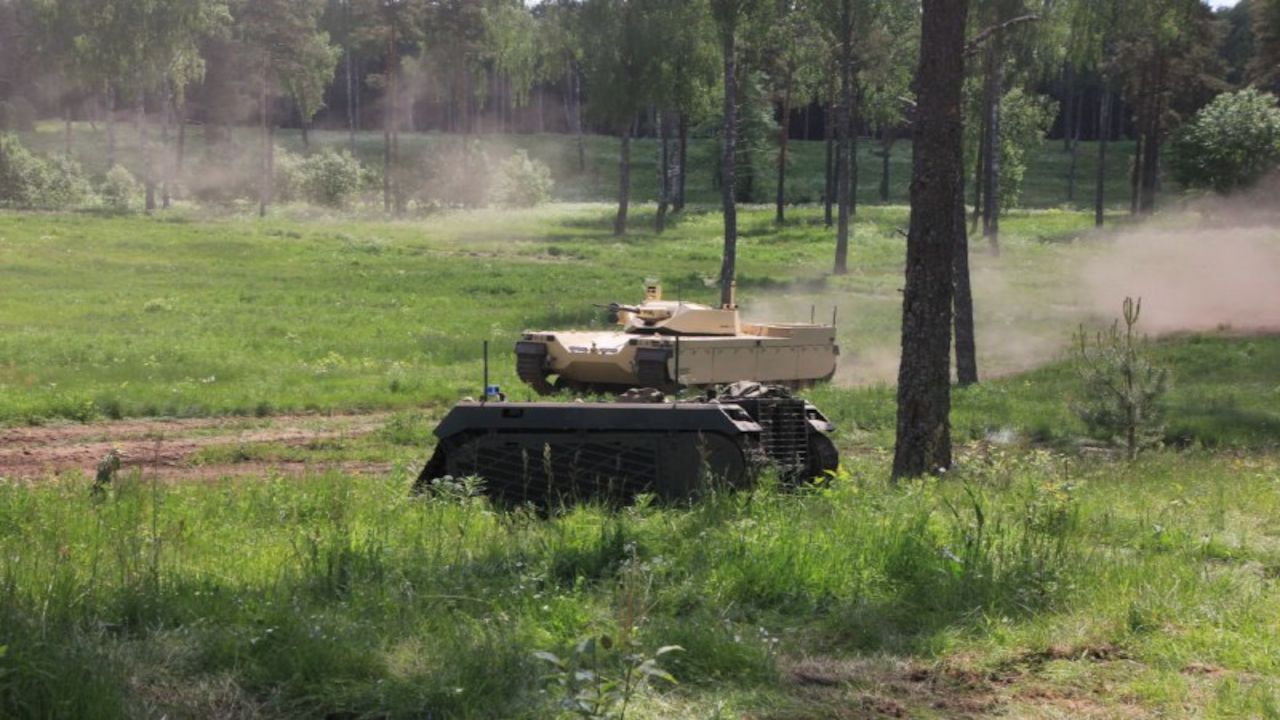 Turkey’s land systems manufacturer Otokar and the European leading robotics and autonomous systems developer Milrem Robotics signed a teaming agreement, according to a joint statement from both companies.

The agreement was signed in mid-September, during the DSEI 2021 exhibition in London, to merge know-how and resources for autonomy development and application for unmanned and robotic operations of military vehicles.

The companies noted that their cooperation will entail working with the existing fleet of vehicles of both companies and introducing new systems by developing intelligent functions, encryption, and safety features as well as environmental awareness and hybridization.

In the written statement, Milrem Robotics CEO Kuldar Väärsi said: “We anticipate that the future battlefield will consist of a mix of unmanned and manned assets which are seamlessly connected into a well-functioning integrated system.”

“Combining the know-how and expertise of Milrem Robotics, the leading technology provider and systems house for not only autonomous and robotic systems but also for optionally manned ground systems and Otokar, a strong and innovative land systems provider, will allow us to deliver our customers new capabilities in the land systems segment,” Väärsi added.

Regarding the agreement, Otokar General Manager Serdar Gorguc said: “As the pioneer land systems company of Turkey, Otokar continues to introduce innovative solutions in land systems by taking into account the current and future requirements of modern armies and security forces.”

“We consider the different needs and expectations of our users and provide customer-oriented solutions,” he said. “In this context, we are delighted to announce our cooperation with Milrem Robotics.”

“I’m confident the combination of Otokar’s combat-proven know-how and unique R&D, engineering and testing capabilities in armored vehicles and the Milrem Robotics’ expertise and know-how in autonomy, artificial intelligence, and remote control will lead to significant developments in unmanned and remote-controlled land systems,” Gorguc said, adding:

“This collaboration will enable us to go one step further to generate Otokar’s line of unmanned ground vehicles (UGV) in addition to our existing product range.”