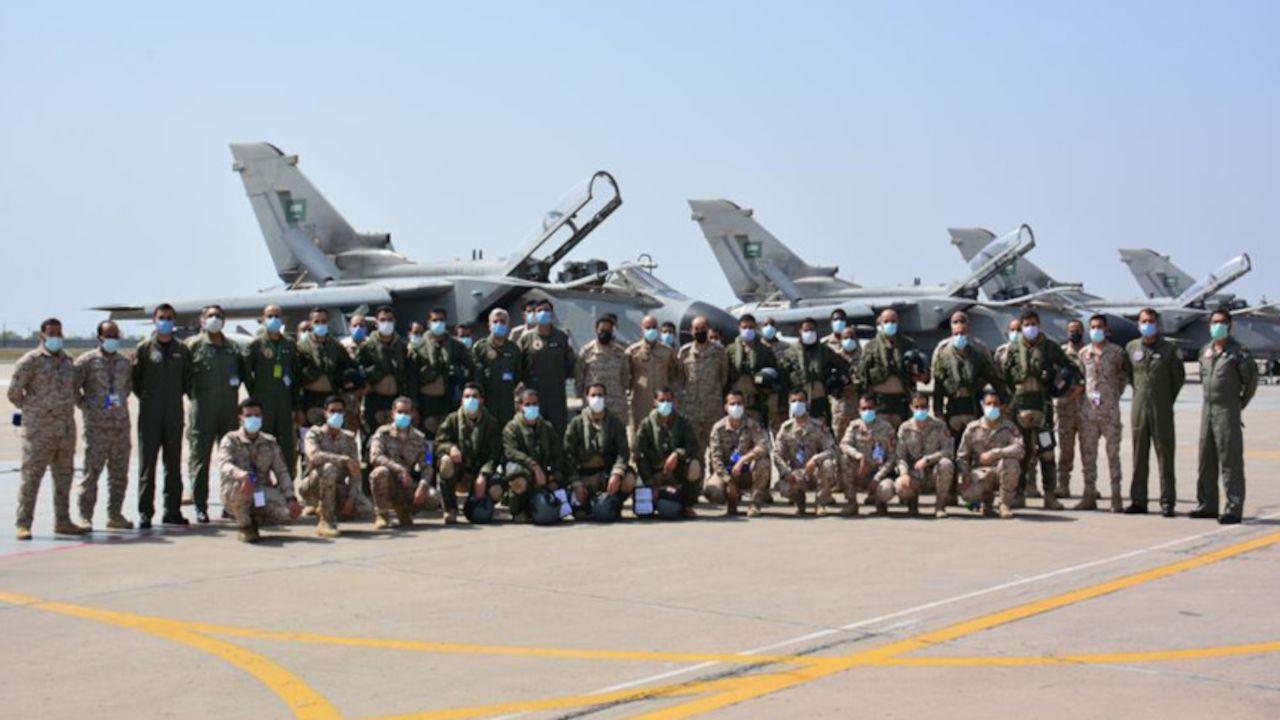 The first Saudi Air Force Strike Group ever deployed to Pakistan is in the country to take part in ACES MEET 2021 – a multinational exercise taking place at an operation base in Punjab.

The Pakistani side is to use F16 and JF17 fighter jets while the RSAF would deploy Tornado jets to PAF Base Mushaf, Sargodha. The Pakistani, Saudi Arabian and the American air forces will be participating in the two-week-long exercise, while Bahrain, Egypt and Jordan air forces are invited as observers.

The Assessment of Combat Efficiency of Squadrons (ACES) exercise is aimed at sharing experiences and enhancing inter-operability among participating air forces through conduct of near-realistic, role-oriented training.

It is designed to maximise the combat readiness of all participants by providing them a realistic training environment for air combat and counterterrorism operations.

The participants of the exercise would follow strict COVID-19 protocols, according to officials.

PAF enjoys close cooperation with many countries in the region and has frequently participated in bilateral exercises like Al-Saqoor II with them in the past.

In 2017, Pakistan hosted the first-ever multinational counter-terrorism air exercise. A total of eight countries participated at an unnamed operational base in Pakistan. Royal Saudi airforce and Turkish Airforce were a part of them.