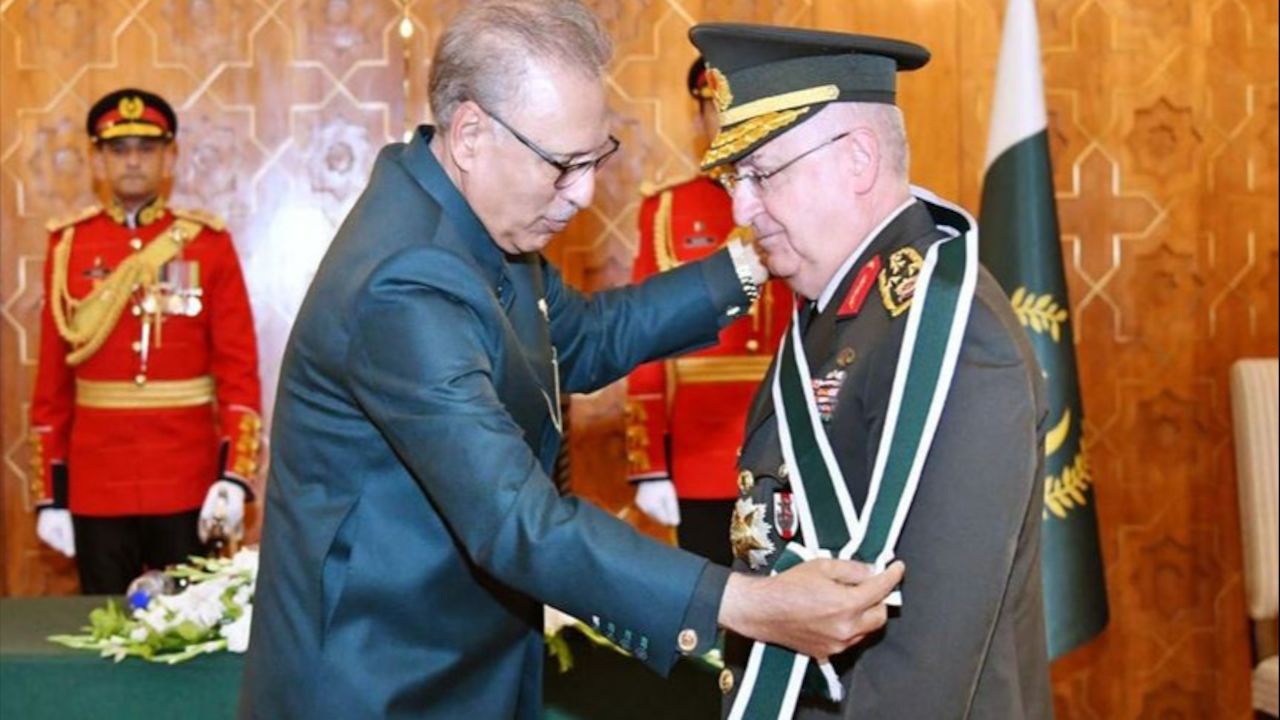 Pakistan's President Arif Alvi on Monday conferred the Nishan-e-Imtiaz or Order of Excellence – a highly prestigious military award – on the Commander of the Turkish Land Forces, Gen. Umit Dundar, at the President House in the capital Islamabad.

Dundar is on an official visit to Pakistan.

He served as the Chief of Construction, Real Estate and NATO Infrastructure Department of the Ministry of National Defense from 2001 to 2004 and as the commander of the 28th Mechanized Infantry Brigade from 2004 to 2005. During this period, he also served as the commander of the Multinational Brigade in Afghanistan, according to a statement issued from the Presidency.

He was appointed as the commander of the Turkish Land Forces by Turkey’s president in July 2018.

The ceremony was told that Gen. Dundar was a "sincere and close friend of Pakistan who played a role in the strengthening of Pakistan-Turkish ties."

During the meeting, according to a statement from the army, matters of mutual and professional interest with a special emphasis on defense and security collaboration between the two countries were discussed.

The two sides agreed to further optimize military to military ties, particularly in the training and counter-terrorism domains, the statement added.

Earlier on arrival, Dundar was presented with a Guard of Honor by a military contingent.