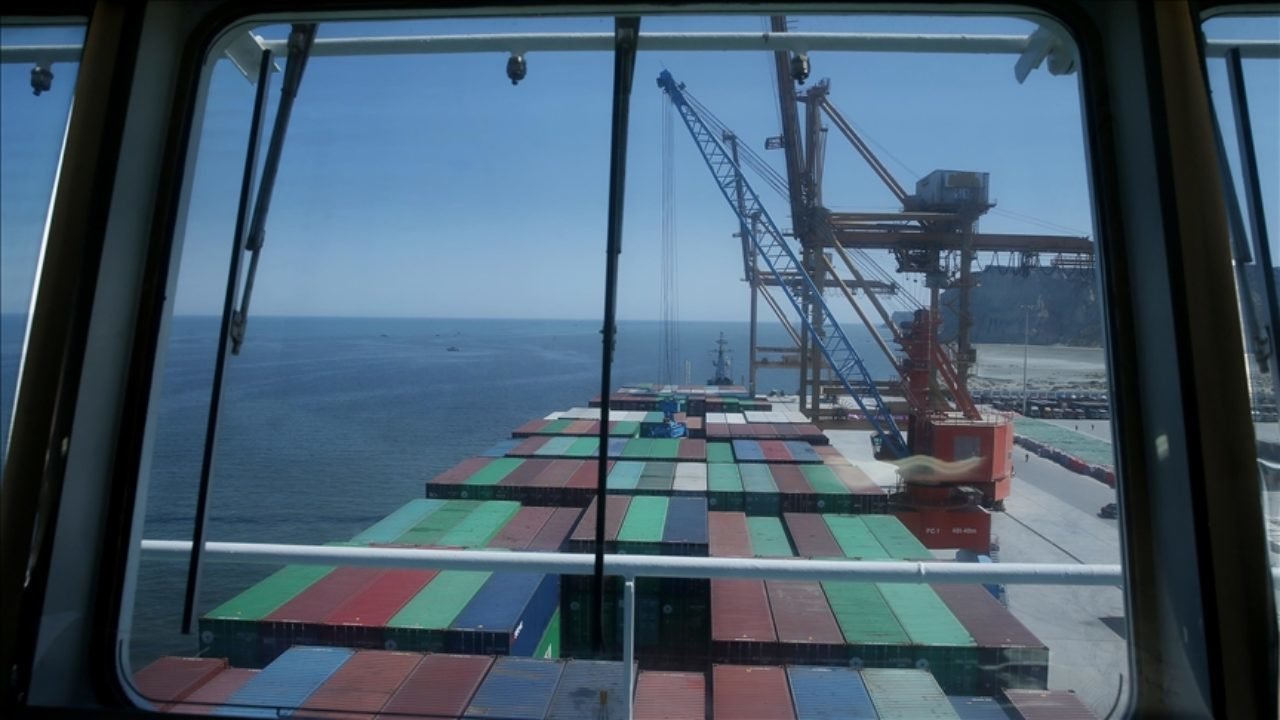 Addressing a ceremony of the launch of PNS Badr, the third ship under the framework of Turkey’s National Ship Project (MİLGEM) in Karachi, Sharif said turning the CPEC into a trilateral project with Pakistan, Turkey and China would be beneficial for the region.

"The ongoing China Pakistan Economic Corridor (CPEC) was set to translate regional connectivity and a trilateral arrangement with the inclusion of Turkey could prove beneficial for the people in the region," he said, according to state-run APP news agency.

His statement comes one day after Chinese Foreign Minister Wang Yi proposed expanding BRICS, the bloc made up of Brazil, Russia, India, China and South Africa.

Sharif said that multi-dimensional cooperation between Pakistan and Turkey in defense, foreign policy and public welfare was reaching new heights of friendship for the benefit of the two peoples.

In July 2018, the Pakistan Navy signed a contract for the acquisition of four MILGEM-class ships with Turkey’s state-run defense firm ASFAT.

According to the plan, two corvettes are to be built in Turkey and the next two in Pakistan, which also involve technology transfer.

Sharif said the launch of PNS Badr would enhance maritime activities at the Karachi Port and Port Qasim, leading to the development of financial and industrial progress.

He said the launch of the ship was a “moment of pride for the entire Pakistani nation and the naval forces of the two countries” and appreciated the efforts of the naval chief, his team and the defense minister.

The premier thanked and lauded Turkey for always being a great supporter of the sovereignty of Pakistan.

"Turkey and Pakistan as ‘one nation living in two countries’ and even before the creation of Pakistan, the Muslims of the sub-continent supported the cause of their Turkish brethren," said Sharif.

A message by Turkish President Recip Tayyip Erdogan was screened where he assured Pakistan that Turkey would provide all support needed to strengthen its military infrastructure, the agency reported.

The MILGEM vessels are 99 meters (325 feet) long with a displacement capacity of 24,00 tons. It can move at a speed of 29 nautical miles. The anti-submarine combat frigates can be hidden from the radar.

Meanwhile, Sharif meet Akar and appreciated the deep-rooted strategic cooperation between the two countries in all fields including shipbuilding, engineering, solid waste management and transport.

He thanked the government and people of Turkey for their unwavering support of Pakistan’s stance on the Kashmir issue at all international forums, according to an official statement.

Sharif directed authorities to benefit from Turkish expertise and experience in all possible avenues.

"He extended his heart-felt gratitude to the Government and people of Turkey for their strong commitment in helping Pakistan develop robust institutions like Karachi Shipyard which has been transformed into a profit-earning organisation over the years due to Turkish support," it said.