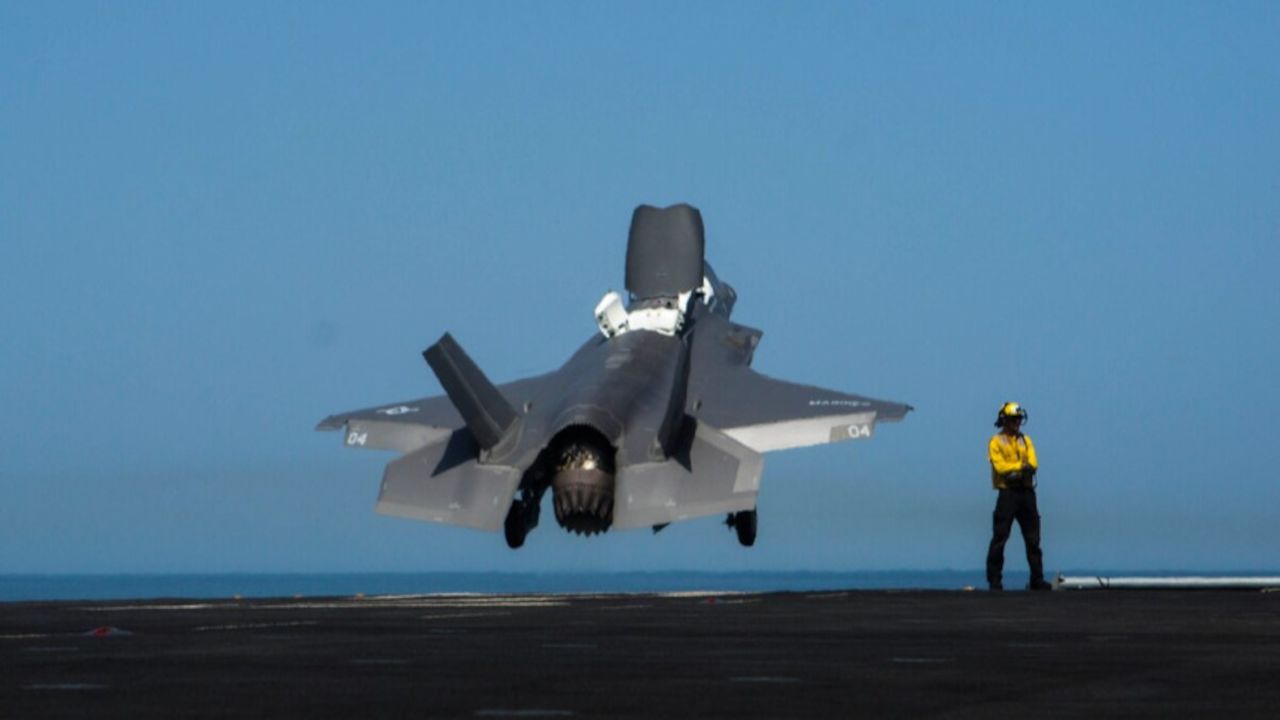 Last month, a U.S. Marine Corps F-35B squadron got its first taste of the new logistics system that will replace the much-maligned current system over the next two years.

The from Marine Corps Air Station Yuma in Arizona became the first unit to receive the initial round of hardware needed to stand up the Operational Data Integrated Network, or ODIN, the F-35 Joint Program Office said in an Oct. 21 news release.

ODIN is set to supersede Lockheed Martin’s troubled Autonomic Logistics Information System, or ALIS, by December 2022, when all F-35 units will have both the new hardware and the accompanying software.

F-35 pilots, maintainers and support personnel currently use ALIS to track and order spare parts, conduct repairs, support mission planning and training, and store technical data, among other functions. However, because ALIS was designed alongside the jet in the early 2000s, some of the technology used to build it is now outdated, leading to a system that is clunky, heavy and slow by current standards.

According to the F-35 Joint Program Office, the new ODIN hardware is already demonstrating performance gains, even while paired with the latest ALIS 3.5.2.2 software release. After the new hardware was paired with the aircraft, Marine pilots conducted one test flight Sept. 29 and four flights the following day. (The release did not specify whether Marine Fighter Attack Squadron 211 or 122 carried out the tests.)

The new hardware is a fraction of the size of the servers and the computing systems currently used to support ALIS, the program office said in the release. Existing ALIS servers, which can weigh more than 800 pounds, “comprise of a full person-height rack of electronics and require additional backup power modules,” making it difficult to deploy ALIS in austere environments without sacrificing capability.

Tests have also shown an improvement in the speed of the ALIS software due to the new hardware, with processing times roughly cut in half compared to the legacy hardware, the program office said.

The F-35 Integrated Test Force, which conducted tests at Naval Air Station Patuxent River in Maryland from Aug. 31 to Sept. 10, found it could load data from portable devices to the main server twice as fast. All of this reduces the amount of time a maintainer is stuck waiting for information to load, cutting down on workload and potentially speeding up maintenance activities.

The program office also noted improvements that could make it easier to quickly deploy ODIN in expeditionary environments, such as “a significant reduction” in the time required to set up the system and transfer aircraft.

Unlike the Lockheed-developed ALIS system, ODIN will be a cloud-native system with applications that can be regularly updated based on user feedback. The system is being designed to decrease maintainer workload and increase mission capability rates, the program office noted.

“The biggest different between ALIS and ODIN is that … the government is leading the ODIN development effort, leveraging the capabilities and the contributions of organizations like Kessel Run, Lockheed Martin, the 309th Software Engineering Group] out at Hill Air Force Base in Utah] and others, bringing them together to deliver the apps and the infrastructure and the underlying data architecture that’s required to execute the program,” Lt. Gen. Eric Fick, the government’s program executive officer for the F-35, said in March.

Fick also said at the time that once the first F-35 unit receives ODIN hardware in the fall, the equipment would then slowly roll out to other squadrons, one-by-one.

“We’ll stand down a squadron operation unit using legacy ALIS, stand it up using hardware that can support both ALIS and ODIN,” he said. “We intend to cut over the first squadron in its entirety, divorcing it from legacy ALIS in the fall of 2021, so a year later.”

While full operational capability is planned to occur in December 2022, “that deployment timeline will be contingent upon the needs of the user,” Fick noted. “We’re not going to interrupt a carrier deployment for the update.”