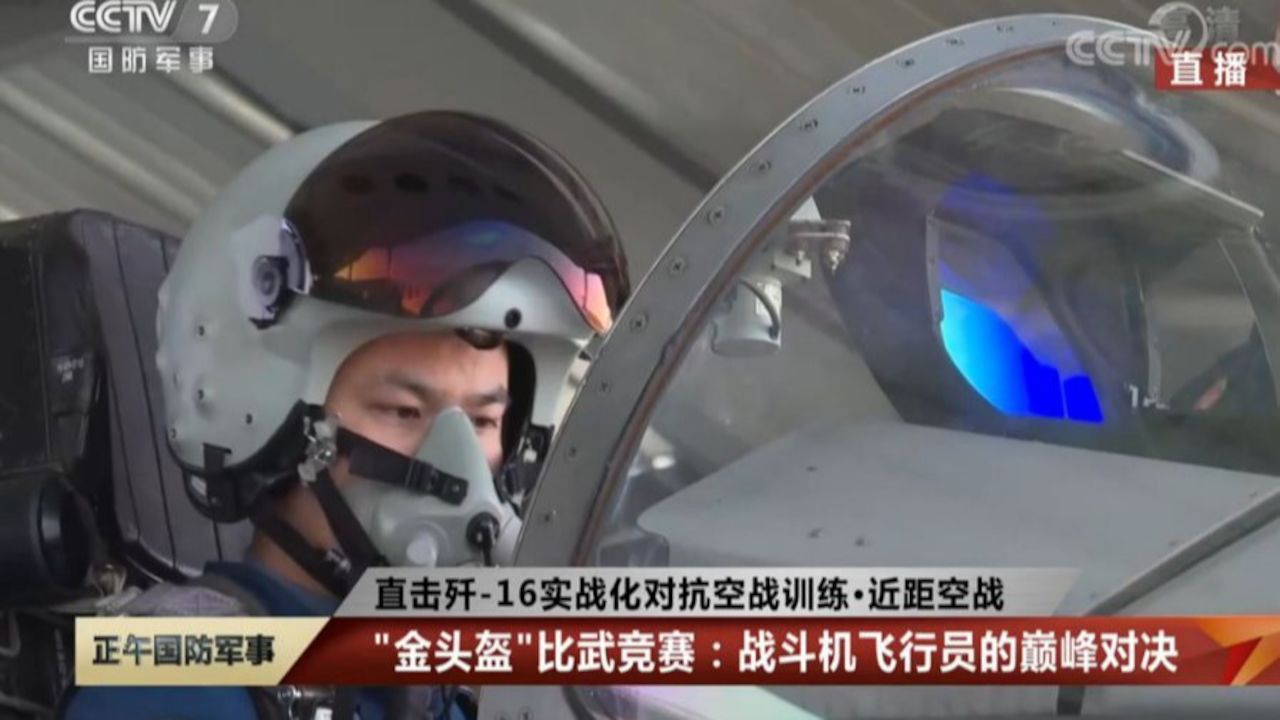 The footage, which was released as part of a report to mark the 71st anniversary of the founding of the PLAAF, shows the J-16 pilots wearing the helmet while preparing to carry out an aerial combat training mission at an undisclosed location.

No details were provided about the new helmet, how long it has been in PLAAF service, or whether it is only being used by J-16 pilots.

That said, the CCTV report noted that four members of the J-16 unit shown in the footage had won the service’s Golden Helmet aerial combat competition in 2018. The competition has been held every year since 2011 at the Dingxin Test and Training Base in Gansu Province to identify the service’s best fighter pilots.