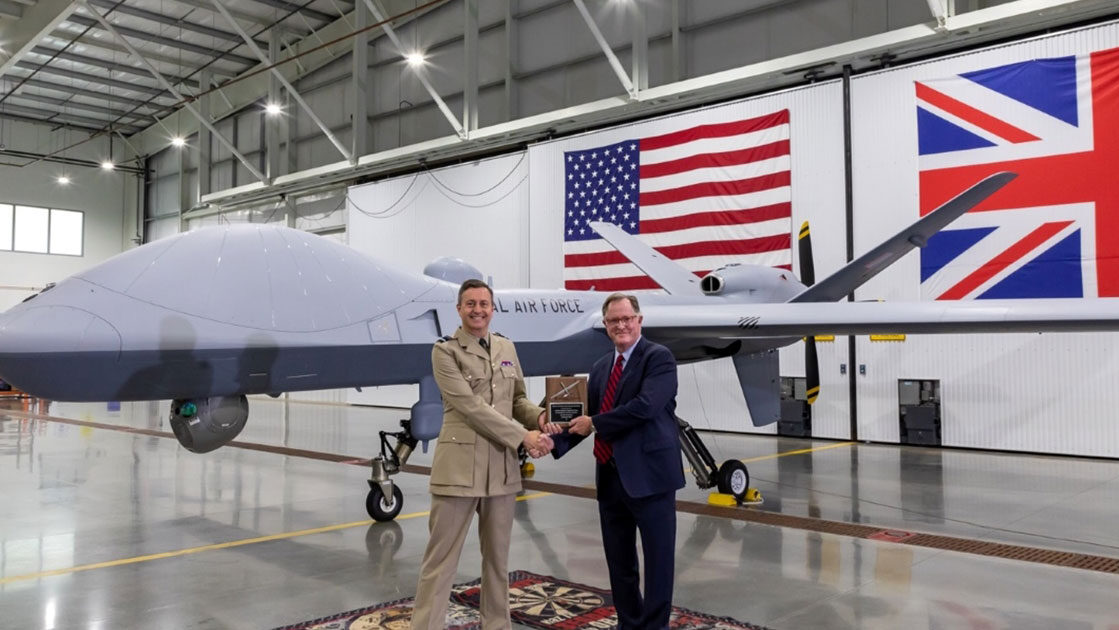 Completion of ATP allowed for the official hand-over of the aircraft to the UK Royal Air Force (RAF), the launch customer of the MQ-9B RPA system developed by General Atomics Aeronautical Systems, Inc. (GA-ASI). Protector is a specially configured model of MQ-9B, designed to meet the unique requirements of the RAF.

The aircraft was accepted by Air Vice Marshal Simon Ellard, Director Combat Air at Defence Equipment and Support (DE&S), the procurement arm of the UK Ministry of Defence. “It was a great pleasure to accept the official handover of the first Protector aircraft on behalf of the MOD, following the successful completion of Acceptance Test Procedures. We now look forward to the first delivery of this highly capable aircraft type to RAF Waddington during 2023,” he said.

RAF Air Commodore Alex Hicks said: “The acceptance of the first Protector aircraft is a significant and exciting milestone in the delivery of this world-class capability to the Royal Air Force. The aircraft will be used to train RAF technicians how to maintain the capability, prior to the arrival of the first aircraft in the UK next year.”

ATP was performed jointly by the UK Ministry of Defence and GA-ASI following the completion of the aircraft production and acceptance procedures. ATP includes all inspections and tests performed on the hardware in operation for the aircraft and in conformance with the functional specification and technical requirements. Over the past two months, ATP has been performed at GA-ASI’s Desert Horizon flight operations facility in El Mirage, Calif. The aircraft will remain in the U.S. to support maintenance and pilot training.

ATP was also completed on the first two sets of Portable Pre-flight and Post-flight Equipment (P3Es). P3E is laptop size ground support equipment that enables SATCOM Automatic Taxi, Takeoff and Landing Capability from anywhere in the world greatly reducing the personnel and equipment fielding footprint. This game-changing capability eliminates forward based launch and recovery crew/hardware/maintainers, as well as providing agile deployment with emergency divert field landing. Additionally, the P3E doubles as ground support equipment when directly connected to the aircraft.

“This is another major milestone for MQ-9B and the Protector program,” said GA-ASI President David R. Alexander. “The Royal Air Force has been a great partner for General Atomics, and we’re thrilled to see ATP completed for this first customer aircraft.”

MQ-9B represents the next generation of RPA systems, having demonstrated airborne endurance of more than 40 hours in certain configurations, as well as a GA-ASI developed Detect and Avoid system. Its development is the result of a company-funded effort to deliver an RPA that can meet the stringent airworthiness certification requirements of various military and civil authorities. 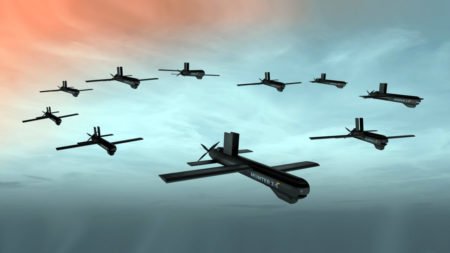 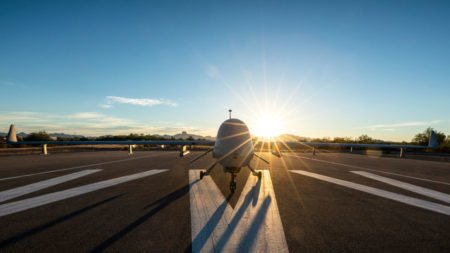