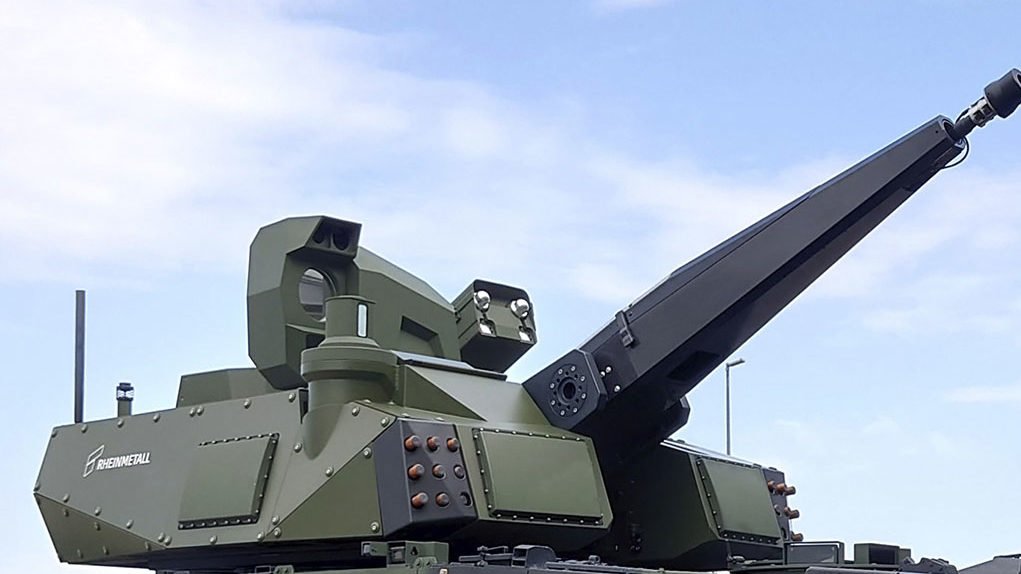 Here, the interplay of a 30mm automatic cannon, guided missiles, and a high-energy laser (HEL) results in a mix of effectors unique in this combination. Teamed with a matching sensor mix, the Skyranger 30 HEL can monitor airspace autonomously, while simultaneously selecting the optimum effector in response to emerging threats. The Skyranger 30 HEL can protect mobile units on the march or critical stationary infrastructure and facilities from aerial threats. No matter what the initial situation, an appropriate response is always readily available, assuring adherence to legal requirements and the avoidance of collateral damage.

Thanks to its longstanding experience in the field of ground-based air defense and adherence to a clear technical road map for a future laser weapon system, Rheinmetall is able to integrate mechanically and systemically a full range of advanced capabilities into a wheeled or tracked mobile platforms such as the Boxer multipurpose wheeled armored vehicle* or the tracked Lynx KF41 armored vehicle. Thanks to the highly flexible Skymaster fire control system and state-of-the-art sensors, the effectors achieve maximum tactical impact.

Rheinmetall's HEL effectors consist of a laser source and laser guidance system, both of which are integrated into the vehicle, along with a laser weapon station built into the turret that simultaneously serves as a platform for the electro-optical sensors. The laser weapon station tracks targets automatically, neutralizing them with a laser beam. Thus, the Skyranger 30 HEL is capable of effectively defending assigned airspace with three different effectors – an automatic cannon, guided missiles, and a high-energy laser – with the appropriate level of intensity.

Featuring a rate of fire of 1,200 rounds per minute, the 30mmx173 KCE revolver gun is the world's top-performing weapon in this caliber. Programmable time-delay ammunition enhances the probability of hitting even the smallest aerial targets. The Skyranger 30 HEL's guided missiles increase the system's operational flexibility and maximum range.

In live trials, current technology sample systems for laser weapon systems have successfully achieved laser outputs of 20kW. The ability to increase this figure to 100kW is already an integral feature of this technology. The laser weapon station used here has its own sensors for identifying and tracking targets. Subassemblies coordinated by Rheinmetall to interoperate harmoniously produce the outstanding beam quality of Rheinmetall laser sources even at high-output levels, meaning that they can be directed at the target with high precision. The carrier platform's sophisticated mechanical design assures 100% coverage of assigned airspace. Laser outputs of up 20-50 kW are planned for the first realization phase.

Late last year, the Skyranger HEL was presented in public for the first time at a counter-drone event held by the Swiss procurement agency armasuisse in Bure, Switzerland, sparking great interest from the experts present at the event.