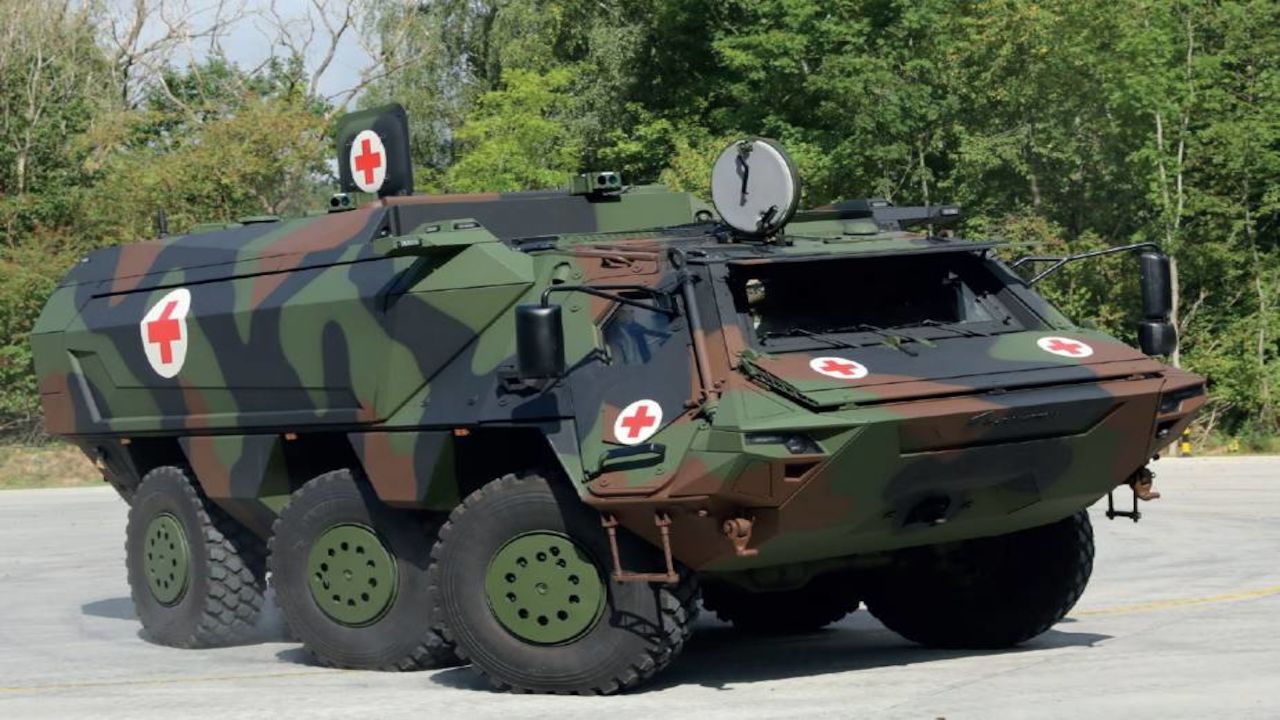 Featuring a high roof, the new variant of this battle-tested 6x6 vehicle enables a wide array of capabilities covering the full operational spectrum.

Furthermore, the vehicle is equipped with an advanced 360-degree panoramic vision system. Featuring fusion and a daytime/night-time capability, it is identical to the system used in the Puma infantry fighting vehicle. This substantially enhances the crew’s situational awareness.

A NATO Generic Vehicle Architecture-conformant connection to additional sensors or a weapons station is possible, as is the use of virtual reality goggles, which enable the crew to “see” through the armor.

In a manner analogous to the Puma, the Fuchs/Fox is also able to communicate with dismounted forces, including medics in this case, who are equipped with a special variant of the Future Soldier – Expanded System (IdZ-ES) soldier system. Thanks to uniform command-and-control technology, “Future Medics” will have access to the same situation information as the troops they support.

Moreover, the modernized Fuchs/Fox features a new, more powerful engine, a new transfer case, a new brake system and a digital electrical system. All these things improve the vehicle’s off-road performance and make it easier to operate.

Numerous variants of the Fuchs/Fox armored transport vehicle have formed part of the Bundeswehr inventory ever since 1979, with over a hundred once deployed in Afghanistan. Thanks to its operational versatility and high reliability, the Fuchs/Fox has always been popular with the Bundeswehr. Throughout its service life, the vehicle has been continuously perfected.

To date, some 1,600 Fuchs/Fox vehicles have been built. Today the armed forces of numerous nations place their trust in multiple variants of this tried-and-true system, including armored personnel carriers, mobile command posts and vehicles specially configured for an NBC detection role.