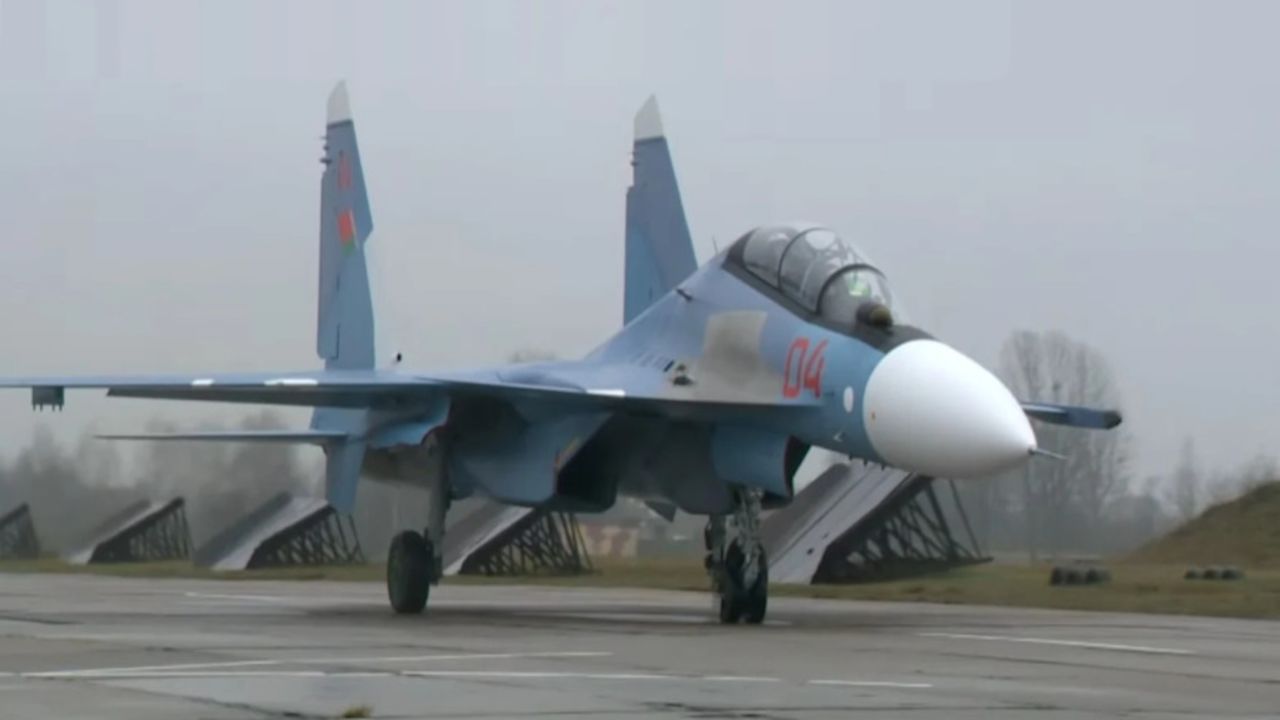 The fighter jets were designed by Sukhoi Design Bureau on order from the  Ministry of the Republic of Belarus based on the upgraded export version of the Su-30. A contract for delivery was signed in 2017.

Belarus’ version differs from the bases Su-30 in the composition of airborne equipment, as some equipment items were replaced with French counterparts. The new combat aircraft equipped with a French-made holographic Head-Up Display system for tactical situation analysis and map presentation.

HUD system, developed by the Thales, uses for military observation and combat missions. Thales HUD 3022, which fitted on Su-30SM, hosts the mission system software, which controls the navigation and attack system and coordinates aircraft sensors and effectors to ensure mission success.

The Su-30SM is a generation 4++ serial-produced and upgraded two-seat super-maneuverable fighter jet. The Su-30SM is furnished with two AL-31FP thrust-vectoring reheated double-flow turbofan engines. The fighter has an operating range of 1,500 km and a flight endurance of 3.5 hours without refueling.