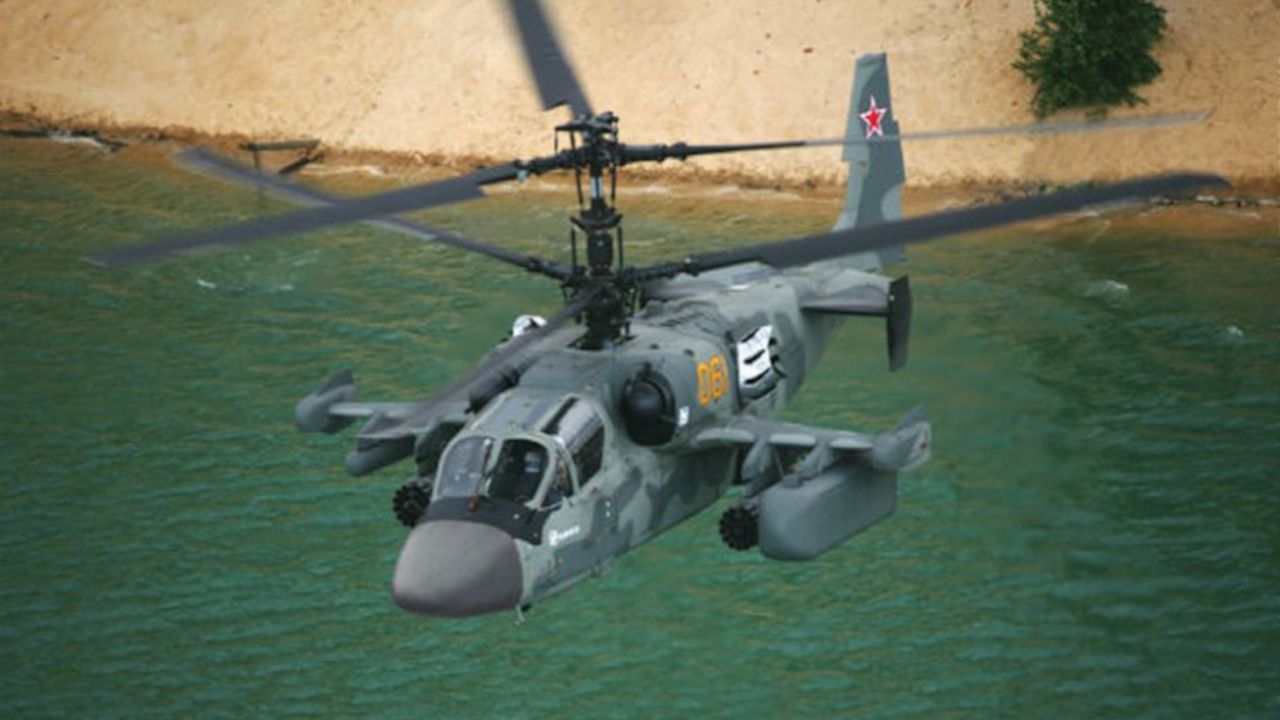 The development of seaborne aviation enjoys a growing attention in the renewal of the Russian Navy. The first prototype of Minoga helicopter will be ready in 2025-2026. The producer in Arsenyev in Primorye region has also mastered a new technology to make Ka-52K helicopters. The rotorcraft has passed all trials and is ready for batch production. The Army Standard writes which seaborne helicopters are to replace the operational ones.

The Pentagon has recently said that the aircraft carrying fleet will no longer retain the decisive role in modern wars. The U.S. military often calls to drop the stake on aircraft carrying forces in armed conflicts. The recent optimization plan of the U.S. Navy stipulates the engagement of nine aircraft carriers instead of eleven. It also increases the construction of small warships, boats, and submarines and limits the number of cruisers and destroyers. It makes the search and detection of such warships a priority for the Russian naval aviation and its role in potential future conflicts will considerably grow.

Ka-27 (Helix by NATO classification) has been the main Soviet and Russian seaborne helicopter since 1981. It usually operates in pairs over the sea. One helicopter searches for a submarine and the other attacks the detected target with various antisubmarine weapons. The helicopter has several outstanding characteristics. Pilots praise its coaxial scheme. If other rotorcraft have to turn to the wind in case of side wind gusts, Ka-27 does not even notice them. It is important in flights over the sea where gusty wind frequently blows. The coaxial scheme rotates rotors in opposite directions and Ka-27 does not need a tail rotor and a tail beam. It makes it more compact.

Close to 400 helicopters have been made. The Russian naval aviation operates today 60 antisubmarine Ka-27 and Ka-27M, 16 Ka-27PS rescue helicopters, 28 Ka-29 combat transport helicopters and several Ka-31 radar surveillance craft. Ka-27 had an advanced automatic antisubmarine sight and piloting equipment. It has been several times upgraded, but is now morally outdated. It was decided to design a new helicopter to respond to modern challenges.

Kamov Ka-52K Katran was the first of them. It appeared after Moscow and Paris signed a deal to build Mistral helicopter carriers for Russia. The warships had to carry Russian-made helicopters. Ka-52K is the seaborne option of combat-reconnaissance Ka-52. It can operate from various warships.

A contract for the delivery of 32 Ka-52K for Mistral was ready for signing. The seaborne helicopter has folding blades and panels to fit into the space of the French carrier. It has strengthened chassis supports and additional anticorrosion treatment. Ka-52K has modern avionics and stabilized optical-electronic system. Upgraded radio-electronic equipment provides navigation in the absence of any landmarks.

The French cancelled the Mistral contract in 2014 and sold the ships to Egypt. Russia won the tender to supply helicopters to Egypt, as it already had helicopters fit for the French ships.

The Russian Defense Ministry began to consider the Admiral Kuznetsov aircraft carrier as the prospective carrier of Ka-52K. It carries a helicopter group of 24 machines. The Admiral Kuznetsov participated in Syrian combat in late 2016 and engaged a wing of Ka-52Ks. Experts said the combat payload of over 2 tons developed the helicopter into a powerful weapon. Ka-52K carries air bombs and Kh-31 and Kh-35 missiles with a range of 130-150 km. Previously only seaborne MiG-29K/KUB fighter jets could fire such missiles.

In April 2019, Yantar Shipyard said Ka-52K will be carried by big amphibious assault ships of project 11711. Today Ka-52K are engaged in trials of most warships that can carry helicopters, including new frigates.

The design of Minoga was for the first time reported in 2015. Naval aviation chief Igor Kozhin said the Navy was likely to get a new helicopter in 2020 to replace Ka-27 Helix.

However, Kamov Designer General Sergey Mikheev soon said the creation of such a helicopter can take ten years and its supplies in 2020 were unlikely. By 2020, a prototype can for the first time take off. He added it was planned to create a general combat and civilian options of the helicopter.

Minoga designers face new tasks related to new materials and technologies, as well as hardware standardization and unification. In particular, it refers to the military option of TV7-117 power plant. The new engine was created on the basis of the certified serial turboprop TV7-117S. The engines are easy in maintenance, have a big resource and a modular construction which guarantees good maintainability. They are equipped with digital electronic controls. In extreme situations TV7-117 can switch on an emergency regime to ensure flight safety. Engines of various modifications are to power Russian helicopters to increase their characteristics. The power plants will be installed on new generation craft, such as Minoga.

So far there is little information about the new rotorcraft. The exact concept is not disclosed. In early 2020, the Russian Helicopters Holding agreed a technical assignment with the military and signed at Army-2020 forum an agreement to design a technical project of the future helicopter. Experts said Minoga would be created by the traditional Kamov coaxial scheme. However, Minoga will have specific blades to keep the airflow, decrease resistance, and increase speed to 320 km/h.

Composite materials will keep Minoga’s weight below 6-7 tons which is twice as lighter as a Ka-27. The new helicopter is more powerful than the old one and can replace all the three Ka-27 options — antisubmarine, rescue, and combat-transportation. Minoga will have the latest electronics. A special automatic control system with a reset platform has been created for it and integrates various self-diagnosing and regime optimization subsystems.

Protected broadband communication channels provide voice messages and video stream and transmit navigational and radar data. Jam resistance and information protection will be increased. The specialized complex will fully integrate the helicopter into the automatic troops control and combat system which is a major requirement for modern hardware.

Experts believe Minoga will be armed with upgraded Ka-27 weapons. They are sure it will get prospective antisubmarine missiles and small torpedoes.