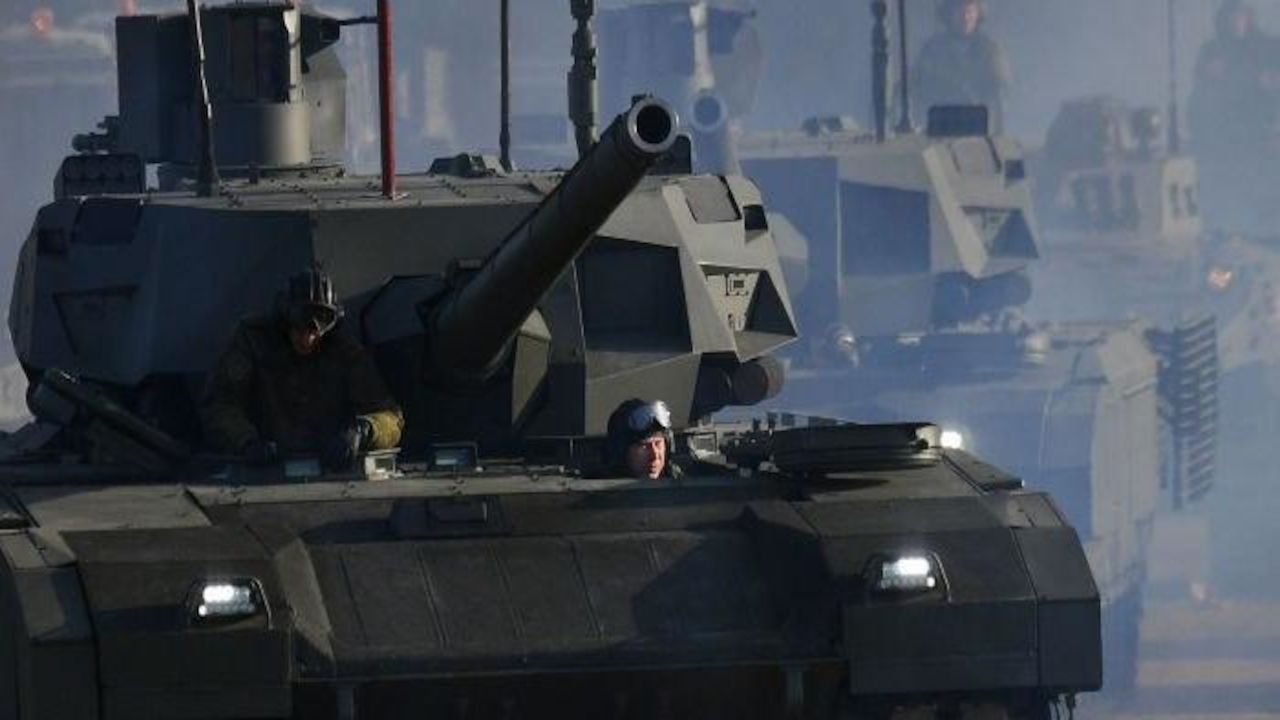 Russia is ready to offer the latest T-14 Armata tank for export, said Dmitry Shugaev, head of the Federal Service for Military-Technical Cooperation (FSVTS), in an interview with the Serbian online resource Glas Pryavnosti.

“Russian manufacturers are ready to offer potential buyers air defense systems, such as the S-300 and S-400, and modern aircraft and helicopters. We are preparing for sales a light MiG-35 fighter, we are promoting the most modern T-14 Armata tank”, TASS reports.

At the same time, according to Shugaev, US attempts to isolate Russia and unfair competition cause rejection among partners.

“Over the past few years, we have been faced with unprecedented attempts by the United States and its allies to isolate our country in the international arena. More and more restrictive measures are being introduced; all this has long gone beyond the boundaries of competition. All this causes allergies today among an increasing number of partners who do not want to sacrifice the interests of their national security in the name of someone’s benefit,” he said.

However, despite such attempts by the States, many prefer Russian military equipment. Confirmation of this is the supply of S-400 to Turkey in 2019, the signing and implementation of contracts for the supply of air defense systems and frigates to India, as well as a contract totaling more than $ 1 billion with African countries.

The head of the FSMTC emphasizes that these facts confirm the unacceptability of pressure on sovereign states in matters of ensuring national security.

“Russia does not put forward political conditions in the implementation of military-technical cooperation, does not impose its political values ​​on partners. Moreover, we act strictly within the framework of the law and our international obligations. In this sense, we are a comfortable and reliable partner,” said Shugaev.

He added that countries using Russian military equipment note its high reliability and survivability in any climatic conditions and good maintainability. The effectiveness of Russian weapons is confirmed by successful use in real combat conditions.

Recall, the Armata tank took part in the Victory Parade on Red Square on June 24.

In February, Minister of Industry and Trade Denis Manturov reported that state tests of the tank on the Armata platform are planned to be completed this year, he said. In early July, it became known that during the testing of the promising Russian tank T-14 Armata, an unmanned regime was being worked out.

On June 26 we reported that India is considering buying Russian tanks on the basis of the Armata platform.

“The product is being prepared for export. India showed interest in him,” said the interlocutor of Zvezda newspaper. According to him, experts decide what of the equipment of the latest tank can be exported and what not.

The fact that India is considering the purchase of Armata tanks is also mentioned in the military-analytical publications of the country. Note that such publications in the Indian media do not appear for the first time. So, in 2018, Indian Defense News reported that India plans to purchase 1,770 modern tanks to replace the obsolete T-72 and T-14. Armata is a candidate for this deal.

It was previously reported that serial deliveries of promising T-14 tanks on the Armata platform to Russian troops will begin in 2021.

The T-14 Armata is the first tank in the world that implements the concept of network-centric warfare in its design concept, where the T-14 is used primarily as a reconnaissance, target designation and fire adjustment system for self-propelled guns, SAM and T-90 tanks from its tactical support link.

In addition, it is the first tank in the world with an uninhabited tower. The crew of the car is in a sealed armored capsule in front of the hull. This allows you to ensure its safety in the event of an explosion of ammunition. The crew of the tank can operate in a chemical attack or nuclear war.

T-14 is hardly noticeable in the infrared, radio and magnetic ranges. In particular, it reduces the distance of anti-tank guided missiles, including Javelin, by 2.7 times. This means that the calculation of these complexes will be more vulnerable to return fire.

The T-14 was presented to the general public at the Victory Parade in 2015 along with other products based on the “Almaty”. At the Army-2018 forum, Deputy Prime Minister Yuri Borisov announced that more than 100 tanks had been contracted.

The third-generation Russian Armata tank during preliminary tests worked out the operating mode without a crew, a source in the military-industrial complex told RIA Novosti, as we reported on July 4.

In 2016, the former head of the main armored directorate of the Ministry of Defense, Alexander Shevchenko, said in an interview with RIA Novosti that an unmanned robotic version of the latest T-14 Armata tank will be created in 2018.

According to him, the uniqueness of the new vehicles lies in the presence of an open digital architecture, which created the “reinforced concrete basis for the robotics of armored vehicles.”

At the Army-2018 forum, the Russian Ministry of Defense signed a contract for the purchase of 132 combat vehicles T-14 and T-15 from the Uralvagonzavod on the Armata platform. As previously reported by Deputy Minister of Defense Alexei Krivoruchko, the entire contract will be completed before the end of 2021.