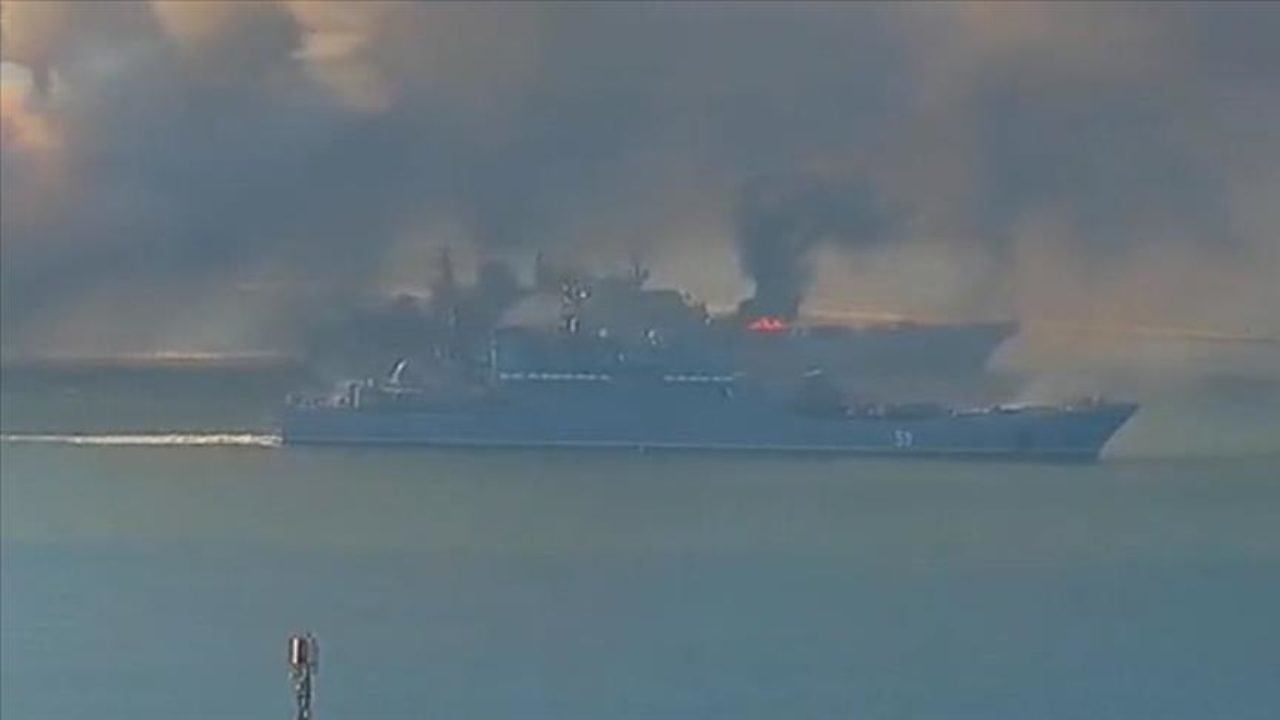 Russia said Thursday that Moskva, the flagship of its Black Sea fleet, has sunk in a storm during towing after it was damaged by fire.

Late Wednesday, Ukraine claimed that it hit the cruiser with a Neptune missile strike.

Earlier on Thursday, the ministry said a fire was extinguished after it broke out on Moskva.

"The source of the fire on the cruiser Moskva is localized. There is no open burning. Ammunition explosions stopped,” it had said.

The Russian Defense Ministry then announced the Moskva missile cruiser sunk due to the damage in its hull.

At least 1,932 civilians have been killed and 2,589 injured in Ukraine since the beginning of the Russia-Ukraine war on Feb. 24, according to UN estimates, with the true figure believed to be much higher.

More than 4.7 million Ukrainians have fled to other countries, with over 7 million more internally displaced, shows latest data by the UN refugee agency.