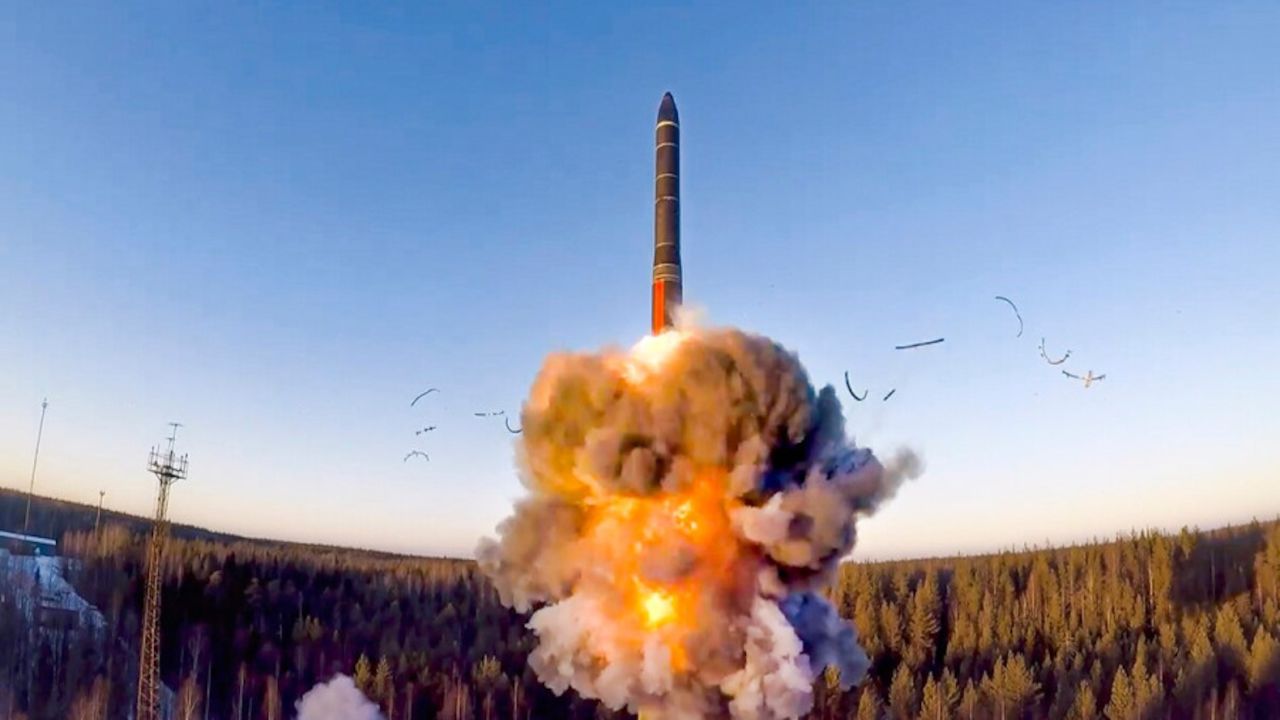 Russia and the United States traded documents Tuesday to extend their last remaining nuclear arms control treaty days before it is due to expire, the Kremlin said.

A Kremlin readout of a phone call between U.S. President Joe Biden and Russian President Vladimir Putin said the two leaders voiced satisfaction with the exchange of diplomatic notes about extending the New START treaty.

“In the nearest days, the parties will complete the necessary procedures that will ensure further functioning of this important international legal nuclear arms control tool,” the Kremlin said.

Immediately after the call, Putin submitted a draft bill on the treaty’s extension to the Russian parliament.

The pact’s extension doesn’t require congressional approval in the U.S., but Russian lawmakers must ratify the move. Top members of the Kremlin-controlled parliament said they would fast-track the issue and approve the extension as early as Wednesday.

“Both houses of parliament will not lose a single minute to extend the treaty,” said Konstantin Kosachev, head of the foreign affairs committee in the upper house of parliament.

The treaty, signed in 2010 by President Barack Obama and Russian President Dmitry Medvedev, limits each country to no more than 1,550 deployed nuclear warheads and 700 deployed missiles and bombers, and envisages sweeping on-site inspections to verify compliance.

Biden indicated during the campaign that he favored the preservation of the New START treaty, which was negotiated during his tenure as U.S. vice president.

Russia has long proposed to prolong the pact without any conditions or changes, but the Trump administration waited until last year to start talks and made the extension contingent on a set of demands. The talks stalled, and months of bargaining have failed to narrow differences.

The negotiations were also marred by tensions between Russia and the United States, which have been fueled by the Ukrainian crisis, Moscow’s meddling in the 2016 U.S. presidential election and other irritants.

After both Moscow and Washington withdrew from the 1987 Intermediate-Range Nuclear Forces Treaty in 2019, New START is the only remaining nuclear arms control deal between the two countries.

Earlier this month, Russia also announced that it would follow the U.S. to pull out of the Open Skies Treaty, which allowed surveillance flights over military facilities to help build trust and transparency between Russia and the West.

The Kremlin said Putin and Biden discussed the Open Skies pact along with other issues during their Tuesday call.

While Russia always offered to extend New START for five years — a possibility that was envisaged by the pact at the time it was signed — former President Donald Trump charged that it put the U.S. at a disadvantage. Trump initially insisted that China be added to the treaty, an idea that Beijing bluntly dismissed.

The Trump administration then proposed to extend New START for just one year and also sought to expand it to include limits on battlefield nuclear weapons.