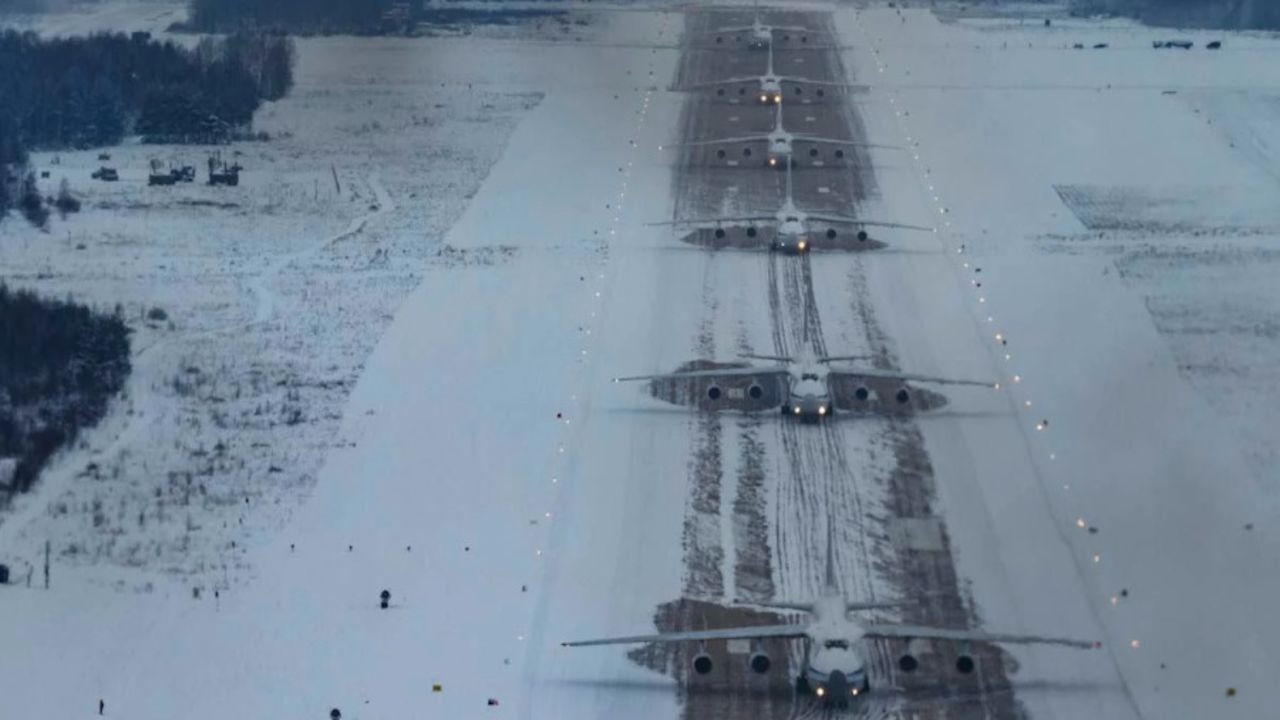 For the first time, the Russian Air Force has conducted a mass launch of 6 AN-124 (Nato reporting name Condor) cargo aircraft, practicing the combat capability of safely and swiftly launching a large number of heavy aircraft.

Air Force officials said the total force launch effort was an opportunity for personnel to train together on a larger scale than normal.

The purpose of the training flights was to improve the skills of young crews of Antonov AN-124 transport aircraft, according to a recent service news release.

“The flights were carried out at an altitude of over 4 thousand meters, the total length of the route was more than 600 km, the average aircraft speed was 500 km/h,” the Air Force said in a release on Friday.

The AN-124 Condor is one of the largest aircraft in the world, specifically designed for carrying heavy or bulky loads by the Ukrainian Antonov company.