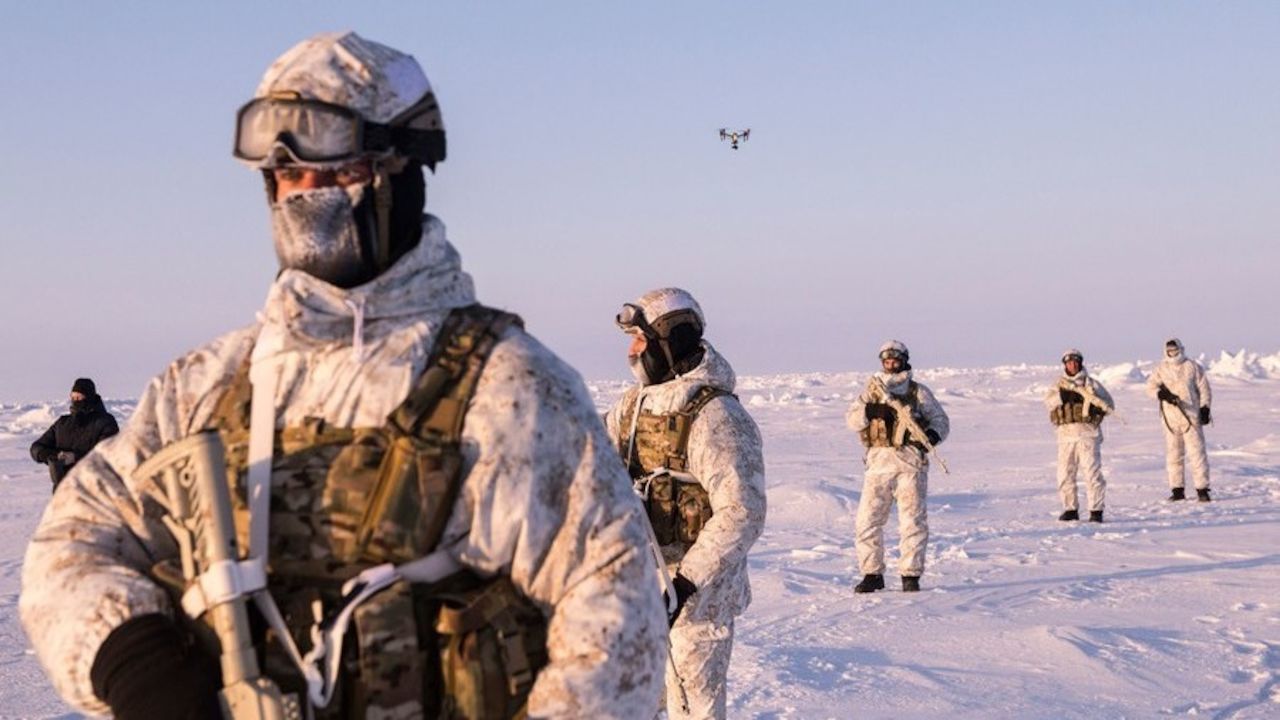 Russia’s continued military investments in the Arctic may spur NATO to accord the region a more prominent focus in the alliance’s defense planning, according to Nordic officials and analysts.

The push comes amid a delicate dance by northern European governments to both deter and cooperate with Moscow — simultaneous efforts that risk drowning in a pit of fresh geopolitical ambitions laid bare by climate change.

A warming Arctic is opening new fronts of competition in the resource-rich region — even faraway China is getting involved — that could spill over into a security problem for the alliance. If that happens, NATO should have a strategy in place to manage the conflict, the thinking goes.

“You have so many components for a classic security dilemma increasing in the Arctic,” Anna Wieslander, the Stockholm-based director of the Atlantic Council’s Northern Europe program, said in an interview. “It’s not about immediately putting more surveillance up there, or more troops and military installations; it’s more about getting a joint understanding of how to deal with it and find ways forward, if it’s possible, with the Russians.”

NATO member Norway, which shares a border with Russia, has long walked the line between alarm over Russia’s military buildup on the nearby Kola Peninsula, home to Russia’s Northern Fleet, and seeking good neighborly relations on fisheries management and coast guard cooperation.

The Norwegian military headquarters and the Northern Fleet headquarters near Murmansk have maintained a hotline even after Oslo cut all other defense ties following Russia’s annexation of Crimea from Ukraine in 2014.

“We are working on an open dialogue with Russia,” Norwegian Defence Minister Frank Bakke-Jensen said at a March 19 virtual conference organized by the Atlantic Council. The idea is to “lift” whatever successful instruments are still in place, he added, namely the joint search-and-rescue service and the crisis telecommunications channel.

But Norwegian officials are getting increasingly spooked by Russian long-range missiles, new underwater weaponry and naval exercises inching closer to the coastlines of NATO allies. They see Moscow returning to a version of the Cold War-era “bastion concept,” a kind of area-denial strategy that sought to create safe waters for Soviet nuclear submarines to stage a nuclear counterstrike in the case of an atomic war.

“We cannot shy away from the fact that the security landscape in the Arctic is getting more difficult,” said Ine Eriksen Soreide, Norway’s foreign minister. “We don’t see Russia as a direct threat to Norway, but we see more and more signaling towards NATO and thereby Norway as a NATO member.”

With little appetite for the eight-nation Arctic Council to pick up military and defense topics, that leaves the alliance as the logical forum for crisis prevention and management in the High North, according to analysts. The fact that the Biden administration has rejoined the Paris Agreement to battle climate change has given a boost to the prospect of increased cooperation through NATO.

The alliance has found itself in something of a soul-searching mode for about a year, brooding over a reform process known as NATO 2030. In addition, Secretary General Jens Stoltenberg wants members to agree on a strategic concept that takes into account new challenges connected with Russia and China.

That period of introspection could open new avenues for anchoring Arctic security topics on the trans-Atlantic agenda.

“The strategic concept should highlight that NATO has a role in the Arctic,” Henning Vaglum, the director general for security policy at Norway’s Defence Ministry, said at the Atlantic Council event. “There have historically been some doubts about that.”

However, U.S. policymakers don’t view the region as a source of imminent conflict.

“It’s the region where, in many respects, the status quo is enviable,” said James DeHart, the U.S. State Department’s coordinator for the Arctic region.

“I’m not downplaying the risks here,” he added. “We have to have our eyes open.”

At the same time, Pentagon officials are cleareyed that tensions elsewhere could quickly spill over to the High North. “We have to be able to connect some dots and think forward about what we should be anticipating from Russia in the region,” said Jennifer Walsh, a senior Defense Department policy official.

While Moscow’s current objective may be to bolster its territorial defense in the Arctic, “how far will it go to increase its oversight or control of northern sea routes?” she wondered.

The same goes for China, Walsh said. With Beijing’s stated ambitions to be a player in the region, its attempts to influence existing Arctic governance mechanisms should be judged in light of its behavior elsewhere.

But how NATO could realize a planning mandate for the Arctic remains to be seen, according to analysts.

NATO as an institution has not dealt that much with the Arctic, leaving the heavy lifting to individual countries of the region, said Wieslander of the Atlantic Council think tank.

“If you have an increased amount of military activity but you don’t have a] political forum to put these activities into some kind of perspective, then you have a problem,” she told Defense News.

Regionally focused alliance groups on the Baltic and Black Sea regions, which produced common threat assessments, could serve as a model, the analyst argued.

The Baltic Sea focus, in particular, could help shift attention to the Arctic, Wieslander said. “It’s one strategic area, and the theaters are really interconnected. You could easily expand upward those discussions.”