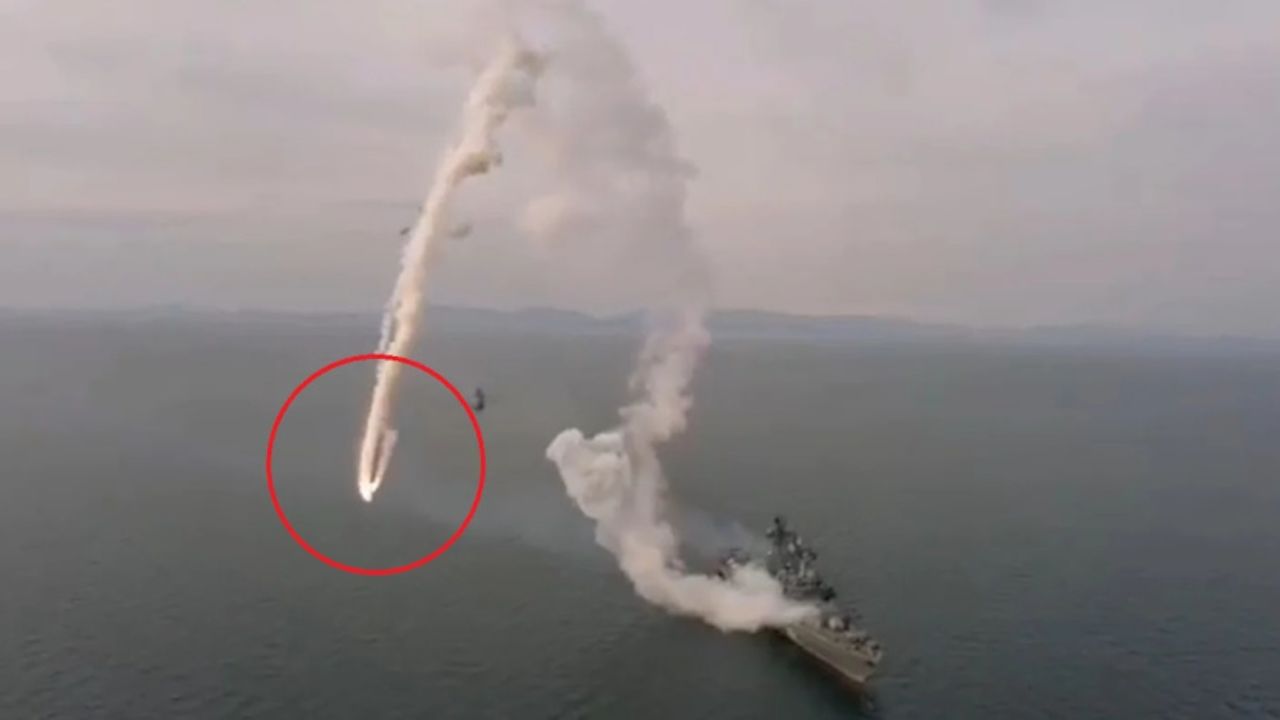 The Marshal Shaposhnikov, Russia’s upgraded project 1155M frigate, tried to launch a test version of the Kalibr cruise missile, but almost immediately after launch, the missile went into uncontrolled flight and crashed close to the ship itself.

As a result of the incident, the ship itself and its crew were not injured.

The frigate Marshal Shaposhnikov underwent repairs and an upgrade at the Dalzavod Ship Repair Center in Vladivostok in the Russian Far East. During its upgrade, the Project 1155 large anti-submarine warfare ship Marshal Shaposhnikov was converted into a multi-purpose frigate capable of fighting ground, naval and underwater targets.

Russian media reported that the frigate received the latest Kalibr-NK and Uran strike missile systems and the most advanced artillery armament. Its firepower increased several-fold compared to the original designation. The warship currently carries two versatile shipborne launchers for 16 Kalibr-NK and Oniks cruise missiles and eventually for Tsirkon hypersonic weapons.