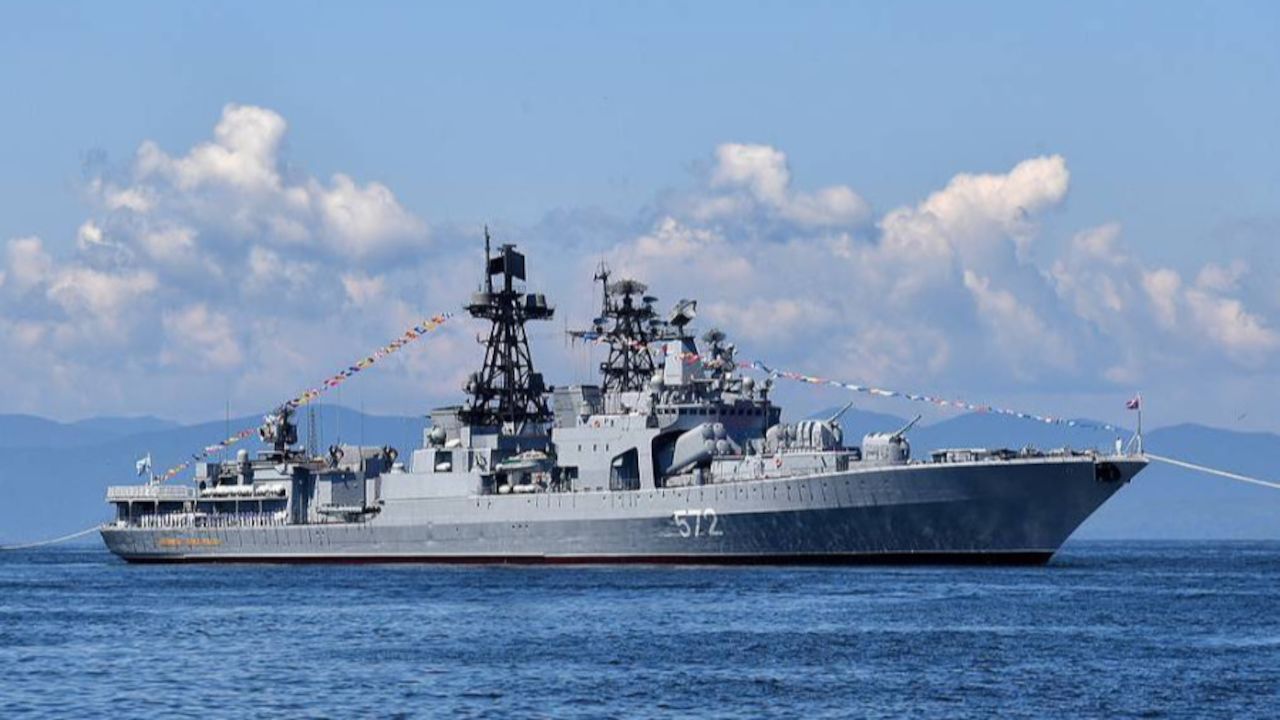 Russian shipbuilders will upgrade the Pacific Fleet’s Project 1155 large anti-submarine warfare ship Admiral Vinogradov to a frigate by 2025 to boost its strike capabilities with Kalibr-NK cruise missiles, following the example of the same-type warship Marshal Shaposhnikov, a source in the defense industry told Russian news agency TASS on Tuesday.

"The repairs and upgrade of the large anti-submarine warfare ship Admiral Vinogradov are expected to begin in 2021 and the warship will rejoin the Fleet in 2024-2025," the source said.

The course towards upgrading Project 1155 large anti-submarine warfare ships to guided missile frigates will be continued. Apart from the Marshal Shaposhnikov and the Admiral Vinogradov, five more same-type warships are currently operational in the Russian Pacific Fleet, the source said.

TASS has no official confirmation of this information yet.

It was earlier reported that the upgraded guided missile frigate Marshal Shaposhnikov would rejoin the Russian Pacific Fleet by the end of 2021 after passing trials. As the Pacific Fleet’s press office informed, the Marshal Shaposhnikov test-fired an Uran anti-ship cruise missile for the first time during trials in late December 2020. There have been no reports yet on the launches of other missiles the frigate has received as a result of its upgrade.

During the upgrade, the Project 1155 large anti-submarine warfare ship Marshal Shaposhnikov was converted into a multi-purpose frigate capable of fighting ground, naval and underwater targets.

The frigate received the latest Kalibr-NK and Uran strike missile systems and the most advanced artillery armament. Its firepower increased several-fold compared to its original designation. The warship currently carries two versatile shipborne launchers for 16 Kalibr-NK and Oniks cruise missiles and eventually for Tsirkon hypersonic weapons.