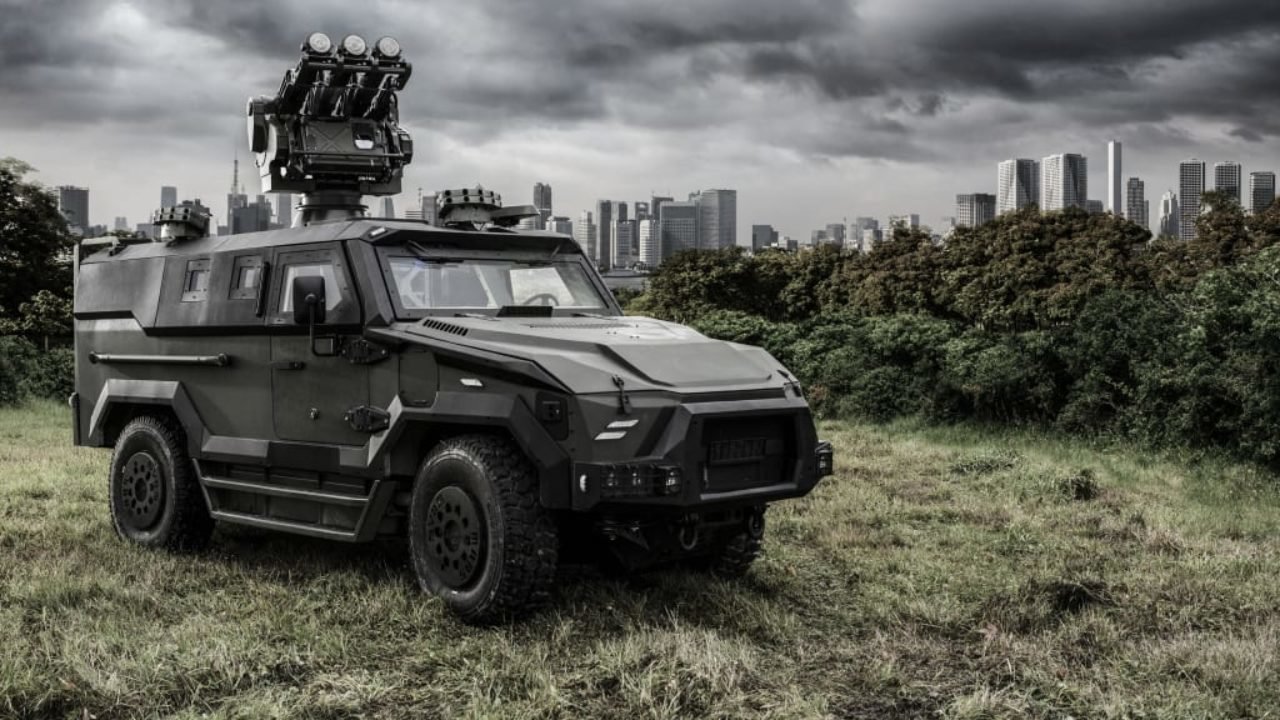 In a press release the company stated the following:

A wide range of established airborne threats such as fighters, helicopters, and missiles are being joined by newer threats such as armed UAV’s and loitering munitions. The need to both detect and counter them all, while deploying with speed and mobility, has been at the forefront of Saab’s MSHORAD system development. Based on RBS 70 NG and Giraffe 1X multi-mission 3D radar respectively, MSHORAD’s vehicle-based Mobile Firing Unit (MFU) and Mobile Radar Unit (MRU), combined with a Saab command and control (C2) system, are designed and available from Saab as its MSHORAD air defence system.

MSHORAD’s rapid mobility provides for a tactical advantage to be exploited on the battlefield or to avoid enemy fires. It delivers a 360°, 75 km situational awareness and the capability to target the most challenging UAV threats thanks to Giraffe’s Drone Tracker, an enhanced functionality for low, slow and small objects. The ability to destroy attackers comes from the unjammable RBS 70 NG missile system that operates at day and night, with rapid reloading in the field. MSHORAD’s ease of integration means customers can choose from a wide range of vehicle types. It also has a dismounted capability such as from atop buildings where it can provide an additional form of operational advantage.

“With the evolved threats, such as the expansion of military UAVs, it’s a great milestone to have a fully working system ready to be offered to our customers. The combination of our first-class range and altitude coverage of the Mobile Firing Unit, together with the small size and multi-role capabilities of Giraffe 1X makes our MSHORAD solution the most modern and state-of-the-art solution out there,” says Mats-Olof Rydberg, head of Marketing and Sales at Saab’s business unit Missile Systems.

Successful system integration and test firings have already been conducted in the last 12 months in cooperation with the Czech company SVOS using their new generation of modular armoured vehicle 4x4 named MARS. Live firing demonstrations will be performed for potential customers in the near future.