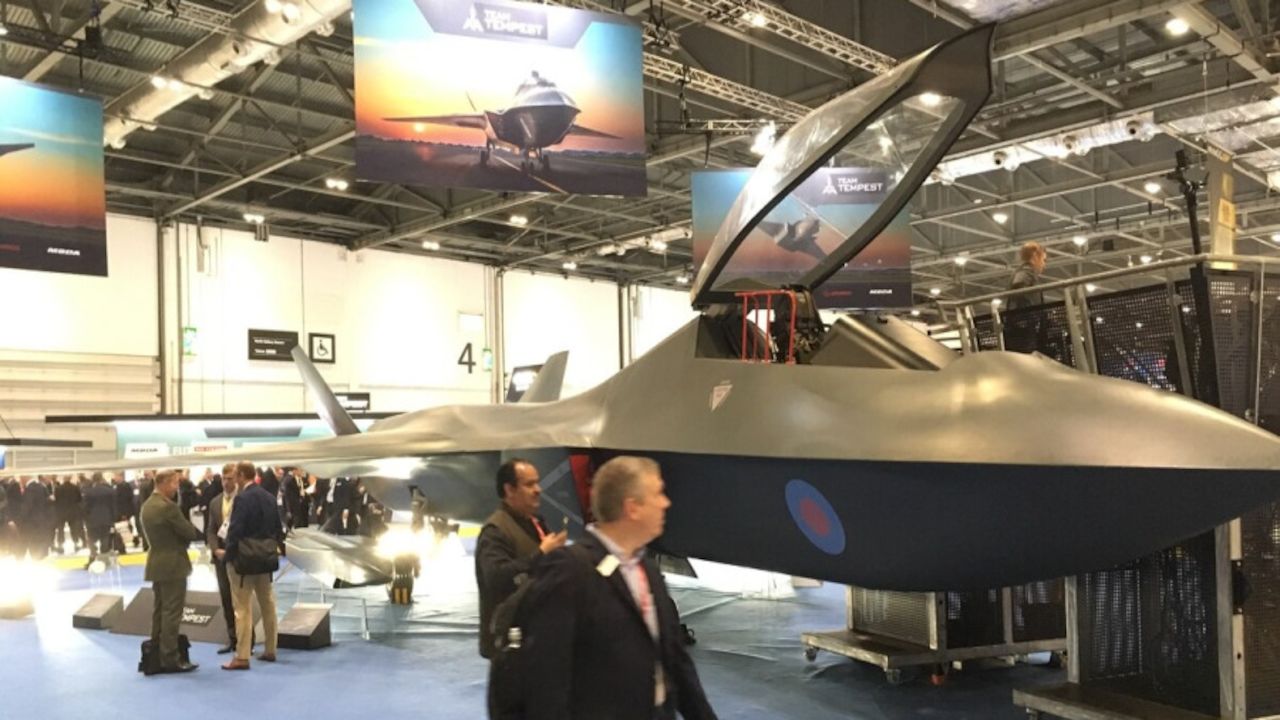 Radar engineers on the Tempest fighter program have said they expect to break data-processing records. The secret, they explain, is all about miniaturization and going digital.

The sixth-generation jet — planned by the U.K., Sweden and Italy and set to enter service after 2030 — will bristle with new technology, from its weaponry and propulsion to a virtual cockpit projected inside the pilot’s helmet.

But the group set the bar high in October by announcing the fighter’s radar would process a quantity of data equivalent to nine hours of high-definition video — or the internet traffic of a medium-sized city — every second.

Few details were given to back up the claim, but now U.K.-based engineers with Italian firm Leonardo, who are working on the radar, have shared clues with Defense News.

Boosting performance will mean rethinking today’s electronically scanned radars, which have grids of small Transmit Receive Modules, or TRM, on the antenna, each generating an individual radar beam which can follow different targets or combine with others to create a larger beam.

The TRMs in the array are formed into groups, and the signals received by each group are fed to a receiver which digitalizes the data before passing it to the radar’s processor.

Due to their size, the receivers must be positioned back from the aircraft’s nose and accept the incoming analogue radar signal down coaxial cables, which incurs some data loss before the signal is digitalized.

To remedy that, Leonardo is working on miniaturizing the receivers so they can be moved up into the nose and integrated within the antenna, cutting out the need for a coaxial cable. The data emerging from the receiver must still travel to the processor, but by now it is digital and can flow down fiber-optic cables, reducing data loss.

“Miniaturized receivers can digitalize the signal within the antenna much earlier in the receive chain,” said chief engineer Tim Bungey.

That’s one step up from the new state-of-the-art European Common Radar System Mark 2 radar that BAE Systems and Leonardo have signed to deliver for RAF Eurofighters, which will use coaxial cables.

“Digitalizing the data closer to the array means more data can be received and transmitted, the data can be more flexibly manipulated, and there is more potential for using the radar as a multi-function sensor such as for data linking and for electronic warfare,” said Bungey.

There is also a second advantage to miniaturized receivers: Many more can be installed, meaning each one handles fewer TRMs.

“To improve performance and flexibility within the system, a key challenge is to divide the TRMs into more groups containing fewer TRMs, handled by more receivers,” said Bungey.

“By achieving that, together with supporting wider bandwidths, you can generate significantly more data, giving greater flexibility for beam steering and multi-function operation,” he added.

“We are aiming to increase the number of groups of TRMs, and therefore the number of receivers, beyond what will be offered by the MK2 radar for Eurofighter,” he added.

While the radar may push the envelope, Duncan McCrory, Leonardo’s Tempest chief engineer, said it would be a mistake to consider it as a stand-alone component.

“The MRFS will be integrated within the wider Tempest Mission System, which incorporates a full suite of electronic-warfare and defensive-aids capabilities, EO/IR targeting and situational awareness systems, and a comprehensive communications system.” he said.

“The data captured by these systems will be fused to create a rich situational awareness picture for the aircrew,” he added.

“This information will also be fused with data received from other aircraft and unmanned systems, with machine learning used to combine and process the overall situational awareness picture for the aircrew. This avoids information overload in the cockpit, enabling the aircrew to quickly absorb data and make decisions based on suitably processed and validated information, and rapidly respond to threats in highly contested environments,” he said.

McCrory added that Leonardo demonstrated aspects of human-machine teaming recently in a trial organized with the British Army and the MoD’s Defence Science and Technology Laboratory, in which a Wildcat helicopter crew tasked a semi-autonomous UAV provided by Callen-Lenz to gather imagery and feed it back to the cockpit display via datalink.

“It is these human-machine teaming principles that we will be building upon for Tempest,” he said.

As Tempest development proceeds, McCrory said design of the integrated mission system was proceeding in parallel with the design of the aircraft itself.

“We are effectively designing the aircraft from the inside out; by this I mean we are working closely with the MoD to understand future sensing, communications and effects capability requirements, and then working with the Team Tempest partners to ensure the aircraft can accommodate and support the required avionic systems.”

Leonardo is working with BAE Systems to ensure the airframe will accommodate sensors, with Rolls Royce to ensure there is sufficient powering and cooling for the systems, and with MBDA, said McCrory, “to give weapons the best available data prior to launch, and to keep them informed after they are released and receive data back from them as they progress towards the target.”