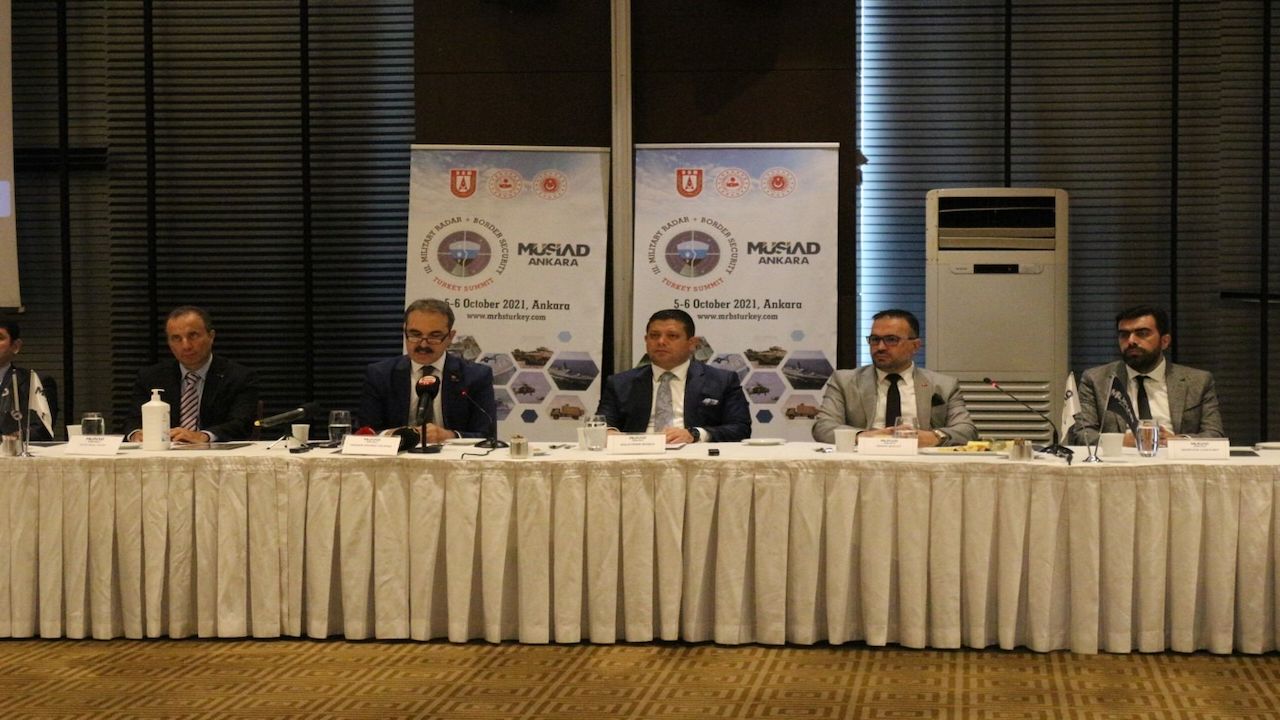 Many issues from border security to the migrant crisis, from defense industry solutions to regional opportunities will be discussed during an international summit in the Turkish capital Ankara.

Organized by the Ankara branch of Turkey’s Independent Industrialists and Businessmen Association (MUSIAD), the third Military Radar and Border Security Summit (MRBS) will be held on Oct. 5-6. The issues to be discussed within the scope of MRBS were introduced to the public via a press conference on Friday.

Hasan Fehmi Yilmaz, head of the MUSIAD Ankara branch, said that they are targeting to reduce foreign dependency by producing domestic and national solutions, to make a value-added contribution to Turkey’s economy through employment and export channels.

"As industrialists, we support projects that will make our capital, which already represents 80 percent of the Turkish defense industry, a regional center,” he said.

Yilmaz also said the issues such as irregular migration, border security, and the fight against terrorism will be the priority topics in the conference within the scope of MRBS.

"The first step in a sustainable fight against the migrant crisis is the security to be established at the borders, whether on land or at sea," he added.

This year nearly 100 firms, including the leading defense industry companies, are expected to attend the summit, which brings together Turkish manufacturers with foreign procurement committees and military attaches.

In the two-day event, where approximately 1,200 visitors will be hosted and all measures will be taken against the covid-19 epidemic, some new projects will also be introduced for the first time.

The sessions on the conference side of the summit will begin with a special presentation on “The Importance of Border Security in the Third World War”.

In addition, there will be different sessions on various topics such as anti-drone radar systems, counterterrorism and border security, digital maritime and communication, and airborne border surveillance.

MRBS, of which DefenseHere.com is the official media partner, has become an international brand in its third year. The summit will be attended by the procurement committees from several countries this year.

During the event, participants from over 20 countries will examine the latest products of the Turkish defense industry and can follow the sessions on the conference side.