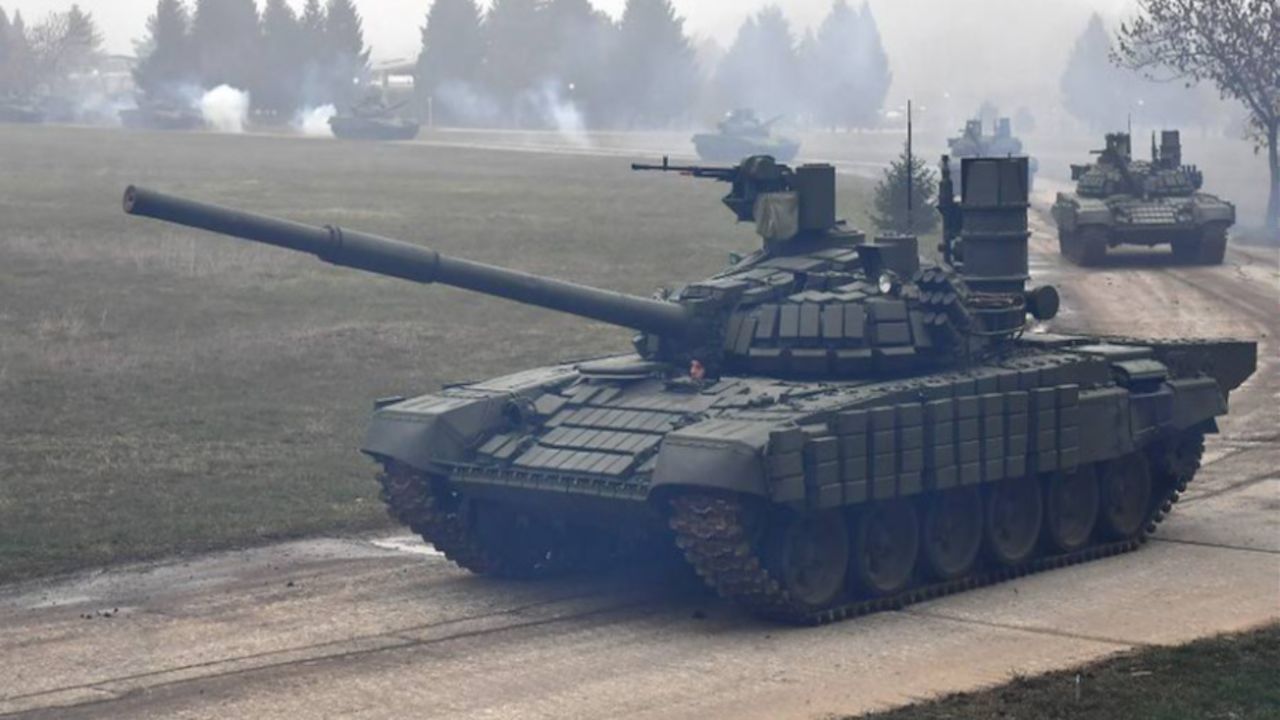 According to pictures released by the Serbian MoD (Ministry of Defense) on November 28, 2020, during an official ceremony attended by Aleksandra Vučić, the President of Serbia, the Serbian army has unveiled its latest acquisition of new Russian-made main battle tanks T-72B1MS dubbed "White Eagle".

According to pictures released by the Serbian MoD (Ministry of Defense) on November 28, 2020, during an official ceremony attended by Aleksandra Vučić, the President of Serbia, the Serbian army has unveiled its latest acquisition of new Russian-made main battle tanks T-72B1MS dubbed "White Eagle".

The T-72B1MS dubbed “White Eagle” is an upgraded version of the T-72B MBT Main Battle Tank that was unveiled in Moscow during the defense exhibition “Engineer Technologies” in June 2012. The tank was developed, designed and manufactured by the Russian Company UralVagonZavod.

The T-721B1MS features new armour and is equipped with new optics and combat equipment. Currently, only this version in the T-72 tank family is fitted with a remotely operated weapon station mounted on the top of the turret. This new modernized version of the T-72 was specially designed for the export market.

In December 2018, it was announced that Laos has taken delivery of T-72B1MS from Russia. In January 2019, Laos has shown a number of T-72B1MS during a military parade in the capital. There is no official information about the delivery of the T-72B1MS to the Laos Armed Forces. According to information published on the Internet, the tank is also in service with Uruguay and Nicaragua armed forces.

The layout of the T-72B1MS is similar to the original T-72 with the driver at the front of the hull, turret in the middle with commander and gunner and powerpack at the rear. The new version of the T-72 is upgraded with a front and rear camera for the driver, driver digital display, GPS/GLONASS navigation system, third generation thermal panoramic sight "Eagle's Eye" for tank commander mounted at the rear left side of the turret, Sosna-U thermal gunner sight, target-tracking system, chassis management system, remotely controlled AA machine gun and more.

The T-72B1MS is armed with one 2A46 125mm smoothbore gun able to fire different types of ammunition including armor-piercing fin-stabilized discarding sabot (APFSDS), high-explosive anti-tank (HEAT) and high-explosive fragmentation (HEF) projectiles. One 7.62mm machine gun is mounted coaxially to the right of the main armament. Back of the commander hatch, there is one remotely operated weapon station armed with one 12.7mm 6P49 Kord heavy machine gun.