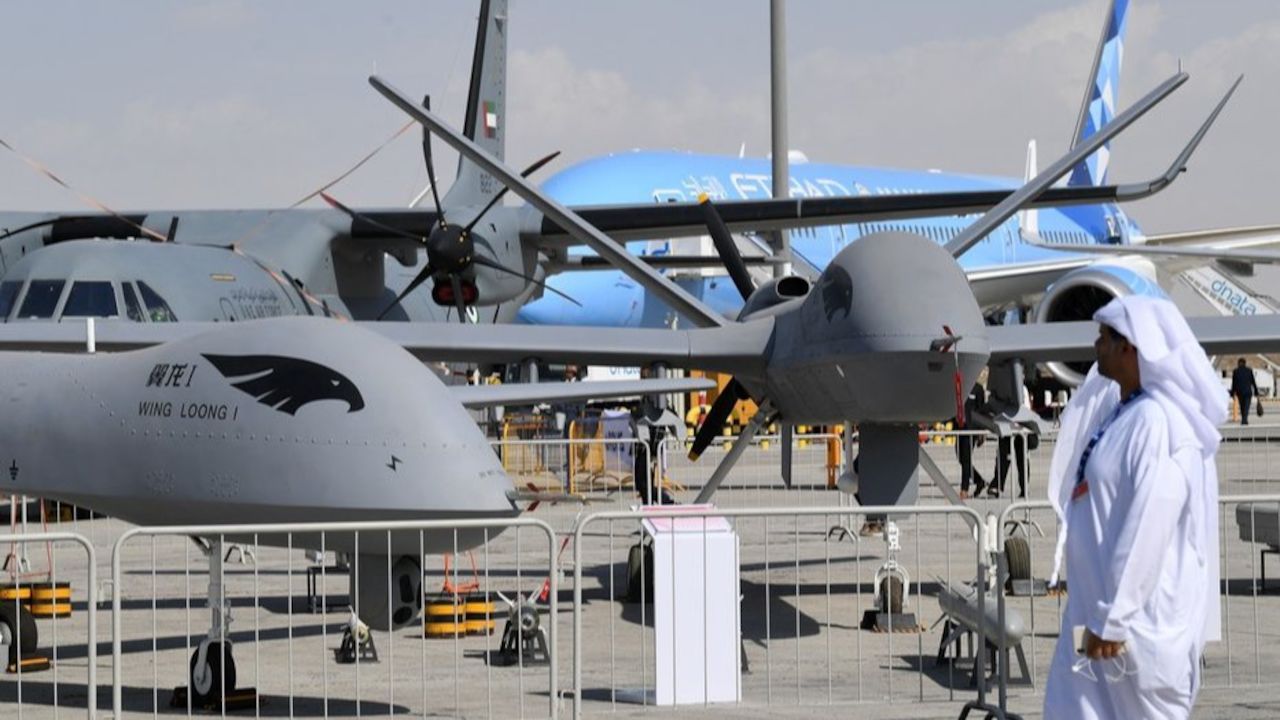 The Biden administration plans to move forward with $23 billion in weapons sales to the United Arab Emirates, according to press reports published last week. The sales include F-35 aircraft, MQ-9B armed drones, and other equipment.

The Biden administration’s decision was likely informed, at least in part, by a new dynamic emerging in the Middle East arms market: Beijing has increasingly exploited Washington’s reticence to sell drones to key Gulf partners. If this trend continues in drones and other arms sales, it will undermine Washington’s leverage and potentially endanger core American interests.

The Stockholm International Peace Research Institute (SIPRI) released a report in March noting that global arms transfers from 2016 to 2020 leveled off compared to 2011–2015—but arms imports in the volatile Middle East grew by 25 percent in the same period. Arms sales to countries in the region included, for example, advanced tanks, aircraft, ships, and satellites. The report demonstrates that the Middle East arms market is becoming increasingly crowded, robust, and competitive.

But a curious anomaly is tucked away in the SIPRI data: Between 2016 and 2020, China, which historically has not been a major supplier to the Middle East, increased the volume of arms transfers to Saudi Arabia and the United Arab Emirates by 386 percent and 169 percent, respectively, compared to 2011–2015.

Admittedly, the large percentage increases in Chinese weapons sales to these two important American security partners in the region reflect a low starting point, not a large overall quantity of sales.

China did not break the 1 percent mark during that period with either Saudi Arabia or the United Arab Emirates. But it would be a mistake to dismiss China as an irrelevant player in the Middle East arms market. That is because of Beijing’s increasing sales, the nature of those sales, and their likely implications for core American interests.

What explains the growth of Chinese sales to the Gulf region? It is Chinese drone sales to U.S. partners.

Saudi Arabia, for its part, first purchased a handful of Chinese CH-4 drones in 2014 and has since acquired at least 15 of the more lethal Wing Loong II drones, with an expressed interest to buy 285 more.

Similarly, China sold the United Arab Emirates at least five Wing Loong I drones in 2011. Abu Dhabi was so eager for additional drone capability that it signed up to be the first export customer for the Wing Loong II drones, receiving the first units in 2017. SIPRI data shows the United Arab Emirates also bought 500 Blue Arrow-7 missiles to arm the Wing Loong II drones, which have since turned up on battlefields across the Middle East.

The CH-4 and Wing Loong I are armed drones roughly similar to the phased-out MQ-1 Predator. The Wing Loong II, on the other hand, is more advanced and carries up to 12 weapons, has an upgraded engine for increased performance, and incorporates newer avionics and sensors.

Besides Saudi Arabia and the United Arab Emirates, China has also sold armed drones to Egypt, Iraq, and Jordan. These drones are not simply for show, but are actively being used in conflicts throughout the region, to include Libya, Yemen, and other regional hotspots.

When reviewing the potential sale of American weapons to governments in the Middle East, executive branch and congressional leaders rightly ask a number of important questions. These include, for example:

How will the sale impact American regional security interests and the balance of power there? Will it reduce the security burden on the United States and improve the recipient nation’s ability to operate with U.S. forces? Will the recipient government protect the technology from leakage to America’s adversaries? How will the sale impact Israel’s qualitative military edge? Will the government use the weapons in an appropriate manner?

And one of the explicit considerations in the U.S. government’s Conventional Arms Transfer Policy is the following: “The recipient’s ability to obtain comparable systems from competing foreign suppliers.”

As China joins the ranks of countries offering advanced weapons that countries in the Gulf want, the answer to that question will increasingly be in the affirmative. Security partners will increasingly have alternatives to American weapons, and as China’s military technology improves, those options are going to only become more attractive.

And therein lies the rub. China, and for that matter Russia, do not share America’s core concerns regarding arms sales in the Middle East. In fact, Beijing and Moscow actively seek to undermine American interests and do not lose any sleep when weapons are carelessly or deliberately used against innocent civilians. And neither country will guard Israel’s QME like the United States does.

Plus, when a country wins an arms-sales competition, particularly for major weapons and systems, the supplier can accrue a variety of significant diplomatic, security, and defense innovation base benefits that often endure for decades.

These considerations, as well as a bipartisan desire to solidify the historic Abraham Accords and build a more capable coalition to counter aggression from Tehran, informed the Biden administration’s thinking in moving forward with the sales of 18 MQ-9B drones and a variety of other weapons to the United Arab Emirates.

And as Beijing and Tehran deepen their relationship, it will be interesting to see if Saudi Arabia and the United Arab Emirates start to think twice about procuring sensitive weapons from China.

Regardless, it is clear that the arms-sales landscape is changing in the Gulf. Former Assistant Secretary of State Clarke Cooper sounded the alarm to Congress as early as 2019. “Our adversaries, including Russia and China, have adopted deliberate, long-term strategies of trying to disrupt our partnerships by seeking to replace the United States as the credible supplier of choice,” he said.

This evolving Middle East arms market does not mean, of course, that the United States should reflexively supply weapons to any country in the region that wants them. Washington must continue to carefully protect its interests and values when it comes to arms sales. But China’s increasing arms sales to key American partners in the Gulf is only going to complicate decisions in Washington.

Bradley Bowman is senior director of the Center on Military and Political Power at the Foundation for Defense of Democracies (FDD). Major Jared Thompson is a U.S. Air Force Officer and a visiting military analyst at FDD, where Ryan Brobst is a research analyst. The views expressed in this article are those of the authors and do not necessarily represent the views of the U.S. Defense Department or the U.S. Air Force.