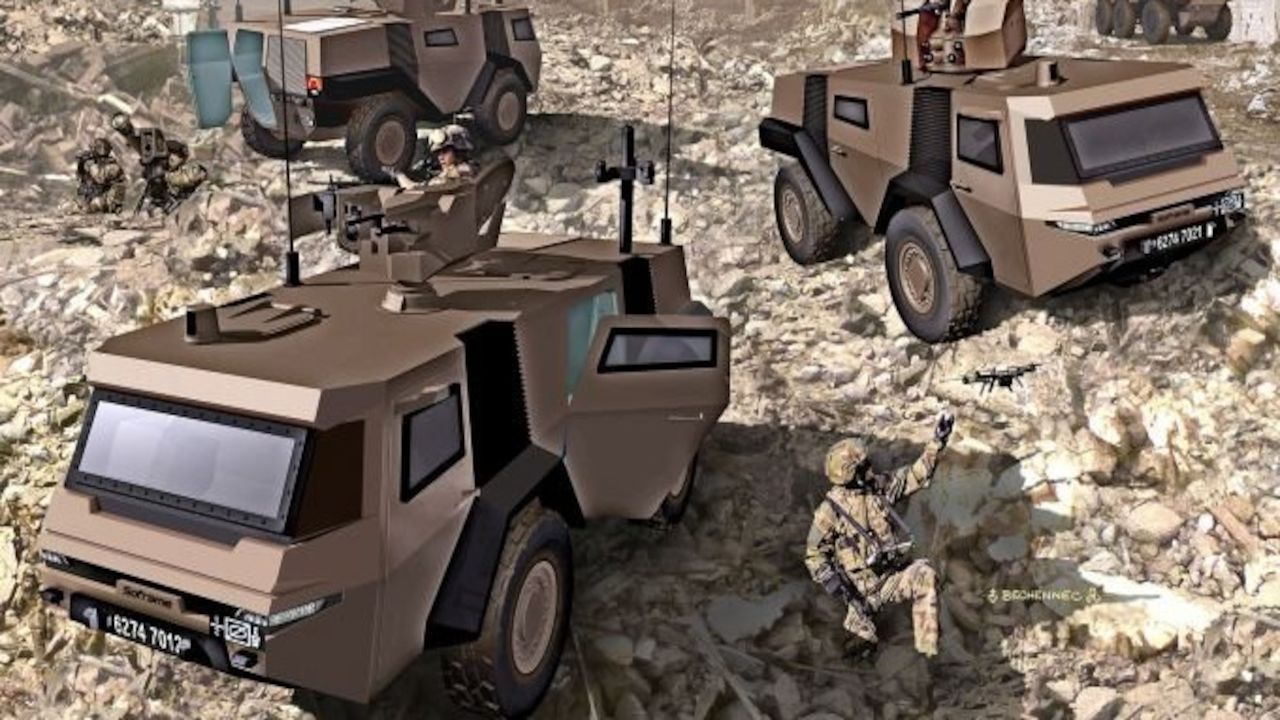 Although France has begun to receive the first examples of upgraded models of its Arquus (originally Panhard) Véhicule Blindé Léger (VBL) 4×4 light scout vehicle, called Ultima, its longer-term plans are to field VBAE as part of the SCORPION Phase 3 Networked Enabled Capability (NEC).

VBAE roles are to include intelligence and reconnaissance, engaging targets, and transporting teams carrying the MBDA Medium-Range Missile (MMP) anti-tank guided missile, which is in service in the dismounted role.

Soframe, which is part of the Lohr Group, told Janes that it is developing a wheeled vehicle called the Mission Observation Surveillance Investigation Combat (MOSAIC) to meet the French Army’s requirement.

In a statement, the company said it is “currently setting up an industrial organisation to move ahead. The production of a prototype is being assessed as part of this move”.

MOSAIC will feature a monocoque all-welded body of very-high hardness (VHH) steel with an additional layer of passive armour for a higher level of ballistic protection.

The latter includes “an add-on armour solution notably based on the new in-house developed Tenexium technology based on advanced composite material”, the company said.

To provide a higher level of protection against mines and improvised explosive devices (IEDs), MOSAIC’s hull incorporates flue pipes above the wheel arches to channel the blast of the explosion upwards and away from the vehicle.

According to the company, the drive train was designed to accommodate, without modification, the components of a full electric/hybrid that would enable a silent mode.