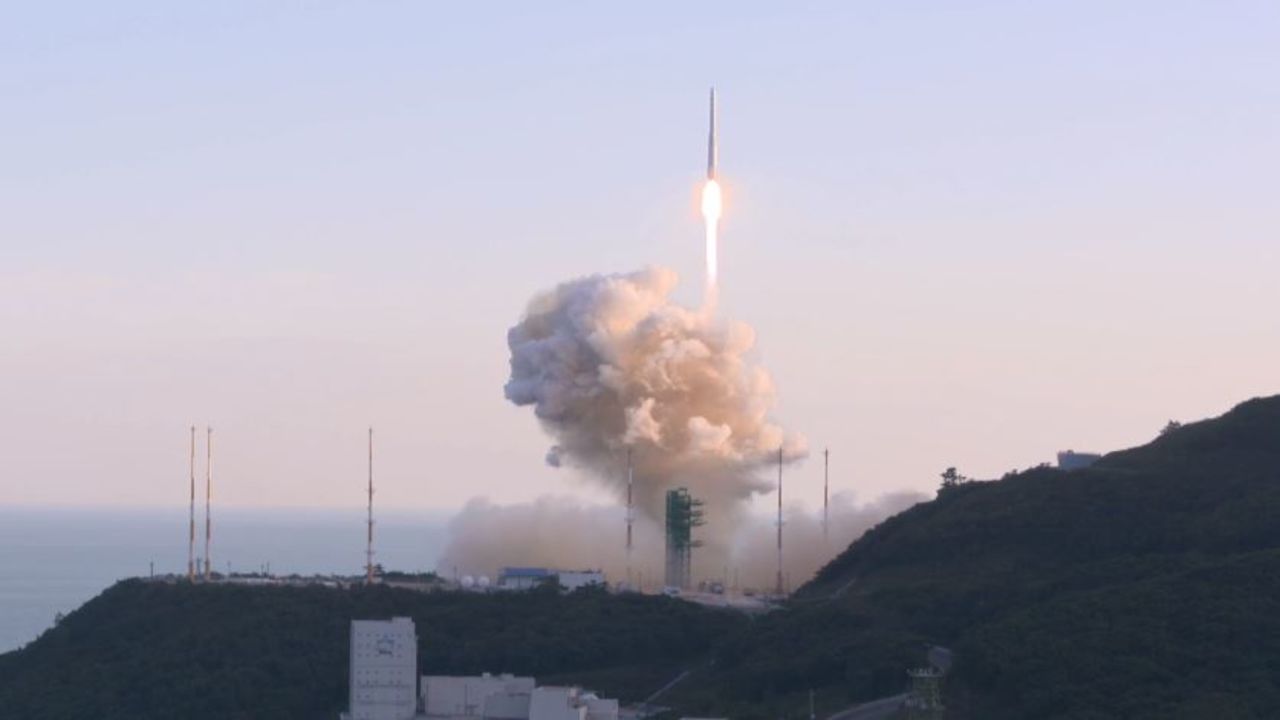 South Korea failed to put a dummy satellite into orbit with its first homegrown space rocket Thursday, dealing a setback to the country's decade-long project to join the elite global space club.

The KSLV-II rocket, aka Nuri, flew to a target altitude of 700 kilometers but failed to place the 1.5-ton dummy satellite into orbit, President Moon Jae-in said in a press briefing at the Naro Space Center in the country's southern coastal village of Goheung.

"The test-launch of Nuri-ho was completed. I am proud of it," Moon said. "Regrettably, we did not perfectly reach the goal, but we made a very creditable achievement in the first launch."

The failure underscores the challenges of sending a satellite into orbit, a space launch vehicle technology that South Korea has been seeking to acquire for more than a decade for its space program.

So far, only six countries – Russia, the U.S., France, China, Japan and India – have developed a space launch vehicle that can carry a more than one-ton satellite.

Although Nuri failed to place the dummy satellite into orbit, experts said the attempt marks a meaningful step in South Korea's space program, stressing the success rate for newly developed rockets at the first attempt is 30 percent to date.

"Given that this is South Korea's first attempt, with such a huge engine like the 75-ton, a successful launch is really difficult," Chang Young-keun, a missile expert at Korea Aerospace University, said.

"What we have to do is accurately analyze the reasons behind the failure and try again," he added. The country’s rocket launches ended in failures in 2009 and 2010. In 2013, South Korea successfully launched its first-ever Naro space rocket but its first stage was built in Russia.

The country has invested nearly $1.8 billion in building the three-stage Nuri since 2010.

The country, a relative latecomer to the global space development race, has recently ramped up efforts in its space program, with plans to launch its first lunar orbiter next year.

The development of homegrown space rockets is crucial as the transfer of missile technology among countries is strictly controlled under international guidelines such as the Missile Technology Control Regime, which South Korea joined in 2001.

The country’s rocket development program had previously been limited by bilateral missile guidelines from the United States, originally put in place in 1979. The two allies, however, agreed to scrap the restrictions during a summit in May, ensuring full autonomy in South Korea's efforts to develop space launch vehicles.

The country plans to conduct four more launches of the Nuri until 2027 to increase reliability.